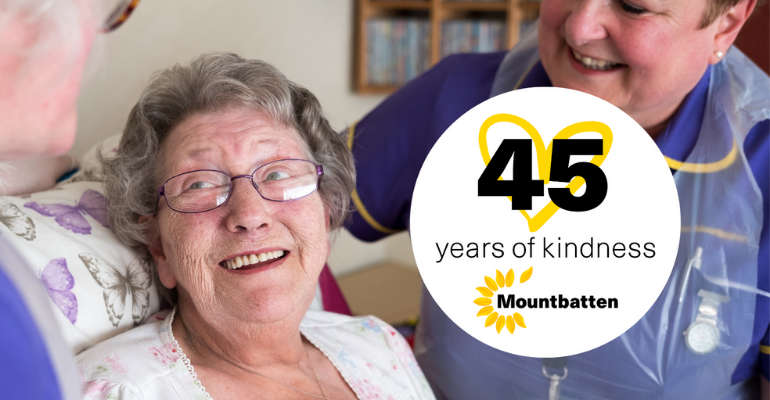 Forty-five years of the Island’s ‘hospice story’ will be celebrated with a series of commemorative events in 2022.

The 45th anniversary year will celebrate specialist end-of-life care for people of the Isle of Wight, which began in 1977 with the opening of Southampton’s Countess Mountbatten Hospice, now known as Mountbatten Hampshire.

“Countess Mountbatten Hospice was the local hospice for the Island for five years, and very much opened to support Islanders as well as the communities across Hampshire.

“Rightfully, it was recognised the Isle of Wight needed its own hospice and, since then, we have forged a unique and special relationship with our Island community, who give us incredible support."

Events will be held across the year, including a run between the Southampton and Isle of Wight hospices, a special regatta in Cowes and a party at Mountbatten, which will be open to anyone.

A 45th anniversary logo has been specially designed for the occasion by brand expert Stephen Izatt, who developed the new Mountbatten logo in 2017.