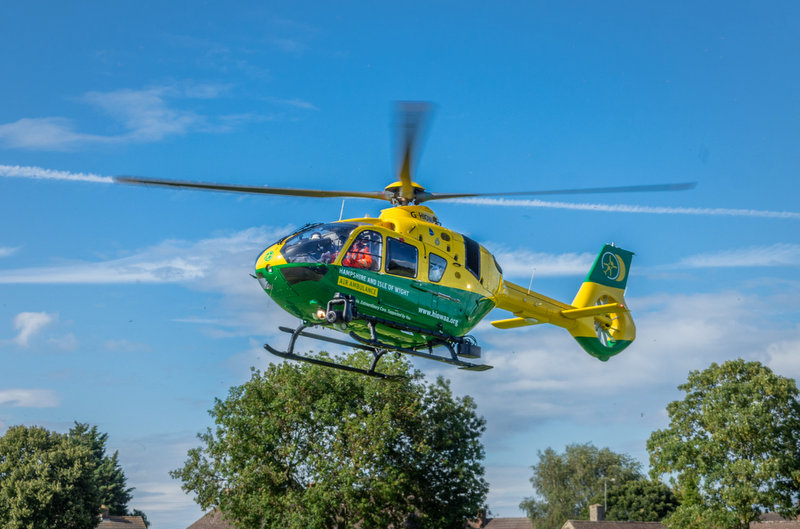 Hampshire and Isle of Wight Air Ambulance (HIOWAA) responded to more than 100 potentially life-saving call-outs on the Island in 2021.

July saw the highest number of shouts to the Island. HIOWAA paramedics were called to 16 patients in need of care.

Just last month (December), the team responded to eight Isle of Wight call-outs. December was the busiest month across the region, with 148 incidents.

The highest number of missions were cardiac arrest, 491 (31% of total), closely followed by medical emergencies, such as strokes, 268 (17%), road traffic collisions, 228 (15%) and falls from height, 226 (14%). Other incidents included rail and sporting incidents, drownings, assaults and stabbings.

“As with all front line and health services, 2021 was immensely challenging. But for our patients and their families, it was potentially life changing. We are so grateful to all of our supporters for allowing us to be there for the 1,570 people who needed our help last year.

"Their kindness and generosity means the most critically ill and injured patients in our region have the very best chance of survival. But we can only continue this work with each and every one of them by our side.”

In April, the charity hit a significant landmark when it flew to its 10,000th patient in need of critical care when a young male was involved in a road traffic collision in Ringwood, Hampshire.

The specialist skills of the doctors and paramedics on board mean they can administer advanced medication, ventilate patients and even perform open heart surgery – all at the roadside. The crew administered emergency blood 37 times in 2021, most commonly used at road traffic collisions and major traumas, and, since 1 November 2018, have administered blood products 129 times.

Major traumas and major incidents played a vital role in the charity’s operations in 2021. These included call-outs to a train crash near Salisbury, a domestic gas explosion in Portsmouth and an incident on Salisbury Plain.

2022 marks a significant year in the charity’s history, where it will be marking 15 years since it took off on its first flight in July 2007.

The service is encouraging people to show their support and ensure it can continue flying and saving lives for the next 15 years and more; people can take on a daring skydive or a long-distance run or sign up to a monthly giving scheme.