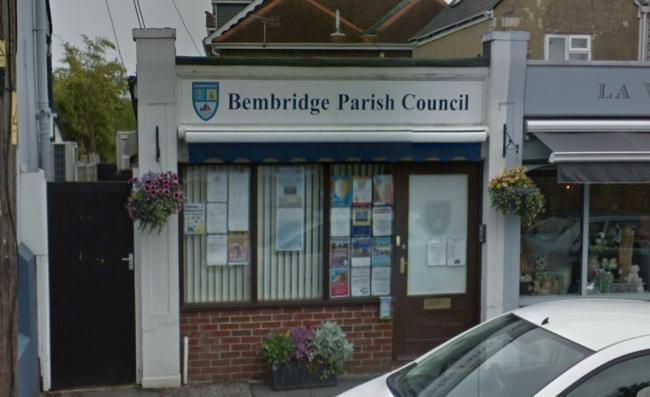 The pair, in a joint statement, said they felt electors who voted and supported them had a right to know why they took this course of action.

Bembridge Parish Council (BPC) has been contacted to respond to the statement and resignation of the councillors but have so far not replied.

In the statement, Mrs White, a retired physiotherapist, and Mr Maclean, a Fellow of the Royal Institution of Chartered Surveyors and the National Association of Estate Agents, said they had both hoped their backgrounds would be put to good use as part of BPC.

They said that was ‘far from’ the case, however, and they were met with ‘an immediate combination of hostility, lack of respect and arrogance from some members, which continued throughout their tenure.’

“There comes a time, after advice or opinions have been constantly ignored or dismissed, together with the stress involved, when it becomes impossible to continue.”

Earlier in the year, two councillors were kicked off of BPC after supposedly not attending a meeting in a six month period, as per legislation.

This means a third of seats on BPC are empty and are likely to remain so until the local council elections next May. BPC has been asked what will happen with the empty seats.

Mrs White and Mr Maclean say the record of BPC during its current term, which has seen  issues including threats of judicial review, calls for resignation of councillors and a clerk, and ‘disregard of professional advice’, is ‘neither impressive nor happy’ and ‘illustrates the conflict and unpleasant atmosphere which has been evident in many meetings.’

The catalyst for the pair’s resignation, however, was the stand taken by the majority of councillors over the approach to the village hall roof project.

The £60,000 project was approved by BPC in September, by seven votes to two, to replace the roof which will future proof the rest of the building.

Work has since started but Mrs White, who had experience with village hall building projects when she was a parish councillor in West Berkshire, and Mr Maclean said they could not accept how the contract was awarded, the conduct around its awarding or ‘that it was deemed satisfactory simply to follow the ‘spirit’ of financial regulations, as reported by the internal auditor.’

The pair said their position was no longer tenable.

“Bembridge is a wonderful village to live in and it is to be hoped the elections in May 2021 will introduce new councillors and that a new council can act as a cohesive, inclusive democratic public body which is what the village deserves.”