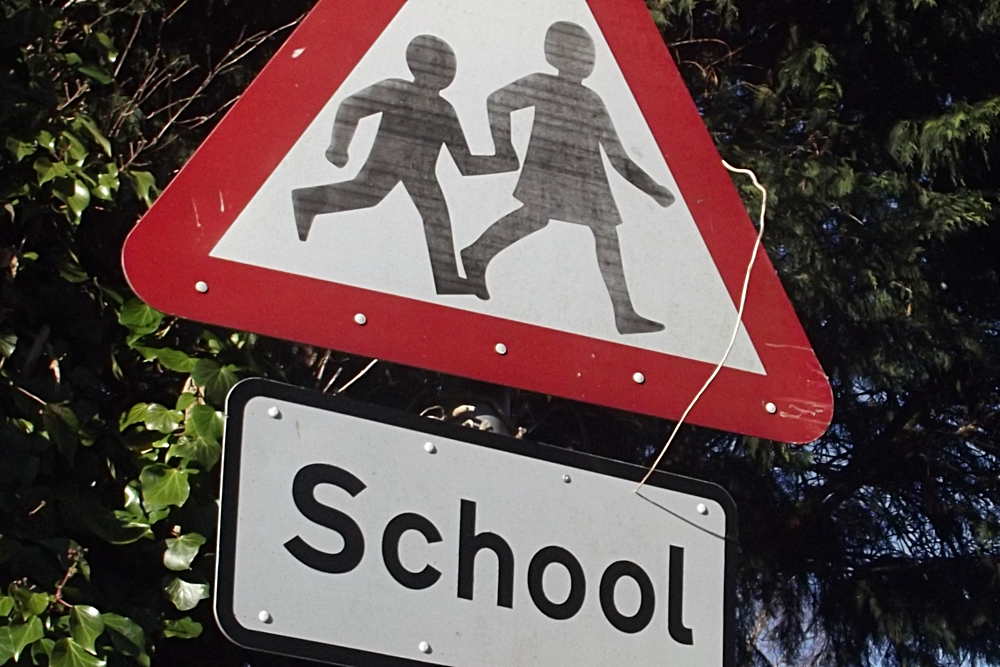 With pressure mounting nationwide to reverse the decision to open primary schools on schedule amid rising coronavirus cases, the Isle of Wight branch of the National Education Union has released an open letter to the local authority.

The letter follows the Government's education secretary, Gavin Williamson, announcing that primary school students will return to their classrooms on January 4th - despite staggering the start of term for secondary students.

In response to the announcement, the Isle of Wight Council said in a statement that it will be following the national guidance.

For the NEU, Peter Shreeve said:

“We know that pupils now can transmit the virus through their homes, through to their families and into the community, they’re the most effective transmitter of the virus.

“We know the new variant is up to 70% more infective than the previous Covid virus.

“We know we have to do something to break the chain of rising levels of infection in our community.

“We know the Secretary of State, Gavin Williamson seems hell-bent on keeping primary schools open no matter the risk.

“Therefore, we have written an open letter including reference to some of the latest science to our representatives Mr Seely, MP, Councillor Stewart as Leader of the Council and Councillor Brading as Cabinet Member for Children's Service.

“We regret to have to say, that schools must close, but we believe it is the right thing to do. If we don’t do this, the NHS will become overwhelmed and our schools and communities will become more unsafe. Therefore, as our local representatives, we ask them to re-assess the evidence and make the right decision, so that we can keep all our pupils, staff and communities secure.

It comes as several political parties on the Island have publically argued against the return to classrooms, including Island Labour and the Green Party.

“Today the National Education has taken the difficult decision to advise its members in primary schools that it is unsafe to return to work on Monday. The union is calling on all primary schools to move to remote learning for the first two weeks of January except to vulnerable children and the children of key workers.

"These steps are as a result of listening to the advice of SAGE who have called for schools to be closed based on the knowledge that  this will keep children, staff and the public safe.

"The country is back at crisis point. Our NHS is struggling to keep up. The unions are not anti-education, but are pro children’s wellbeing and safeguarding their staff so that in the long term schools can  get back to the business of educating children safely.

"The council has the opportunity to show strength of leadership where the government is failing to and back the call to stay closed”.

"Teachers haven’t stopped during this crisis. They are now being asked to become experts in test and trace. Something the government has spent £12bn on and failed.

"Teachers want schools to reopen, but they also want their workplace to be safe. Bob Seely wants the schools to re open, despite backing a delay to his own return to work. This is causing unnecessary stress and anxiety in parents and children.

"Bob needs to insist his government gets a grip on the crisis, we shouldn’t still be talking about closing things down. He was happy to take credit for the Island being in Tier 1, he now needs to provide a plan to get us out of tier 4.”.

Meanwhile, the Isle of Wight Green Party said it supports the calls from the National Education Union to take urgent measures to reduce the transmission of the virus.

Vix Lowthion, the new chair of Isle of Wight Green Party, and a parent and secondary school teacher in Newport, said:

"The Isle of Wight Green Party support the calls from the scientific and medical community, and now the teaching unions, to take the necessary measures to protect our NHS and save lives.

“No one wants to see the closure of schools, but inexplicably the government have failed to take the essential steps to ensure that our schools are safe and secure.

"There is no social distancing in our schools, no masks, no reduced class sizes, no testing and no vaccines for the vulnerable. It is this failure of government to support basic effective safety measures since the summer which has led to teachers now having to take responsible action.

“The Green Party have been clear for many weeks that no lockdown will be effective without schools, nurseries and colleges being included. And now many months have been wasted, which could have been spent planning for distance learning through providing laptops and connectivity to the most disadvantaged families.

“The Isle of Wight Council must acknowledge that to reduce transmission of the virus our schools must remain closed to all but the most vulnerable and the children of keyworkers, and they should ensure that every Island child has access to learning for the coming weeks with great urgency.

“It is not the children, or the parents, or the teachers who are the obstacle to learning, but the virus and the absolute failure of the UK government to manage this pandemic effectively.”

You can read the NEU's open letter regarding school openings here.