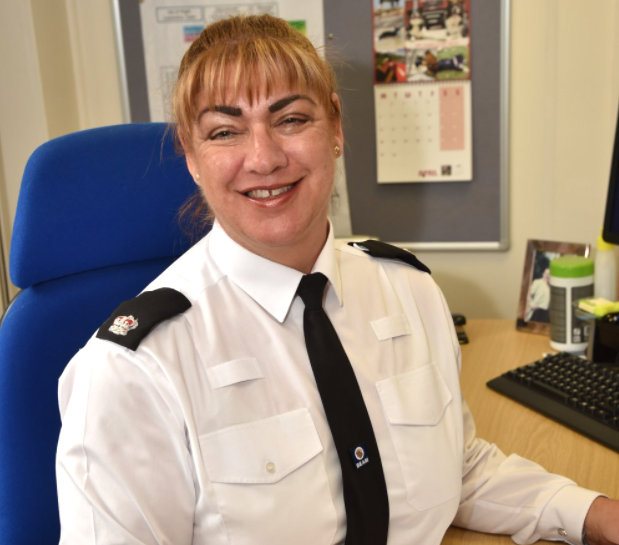 The Isle of Wight is to get a new police District Commander in the new year, after Superintendent Sarah Jackson left the role.

Superintendent Jackson, who took the helm in 2015, is seconding to a job with the College of Policing.

Today (Thursday) is her last day in the position. In a statement, she said:

“It is with heavy heart I announce that my time as District Commander for the Isle of Wight draws to a close.

“This moment is bittersweet – I am sad to leave, but at the same time excited to venture off to pastures new, taking up a secondment with the College of Policing as a leadership trainer.

“I will take with me not only my experience, but an array of incredibly fond memories policing the Isle of Wight.

“I became a police officer in 1989, and becoming the Island’s District Commander in 2015 has been one of my proudest achievements.

“To lead the incredibly dedicated police team here on the Island, a place where I grew up, has been a huge privilege. I know the job of keeping the Island safe is in very capable hands not only in terms of the policing team, but also the partners it has been my pleasure to work with.”

Huge thanks and best wishes to Superintendent Sarah Jackson. Leaving command of the ⁦⁦@IOWightPolice⁩ today after 6 years. Thank you for your service to our #IsleofWight communities. All the very best of luck on secondment to ⁦@CollegeofPolice⁩ pic.twitter.com/WgeirGEUAG

Her replacement has yet to be announced by Hampshire Constabulary.