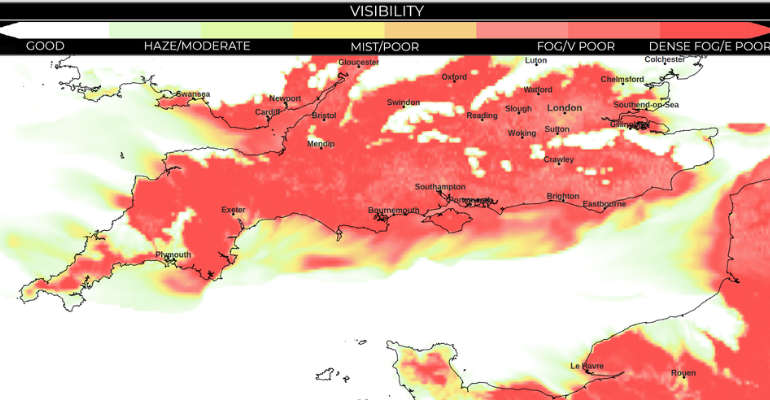 An Isle of Wight yellow weather warning for fog has been extended until 1pm tomorrow (Friday).

The IW Met Service says localised fog banks will continue to affect some parts of the Island for a time, with northern towns most at risk.

It says further fog banks are likely to develop elsewhere as we move into the evening, at first in mostly rural parts but becoming much more widespread later in the night with some becoming extremely dense in places.

Tomorrow morning will see widespread foggy conditions, with some potentially lingering right through the day.