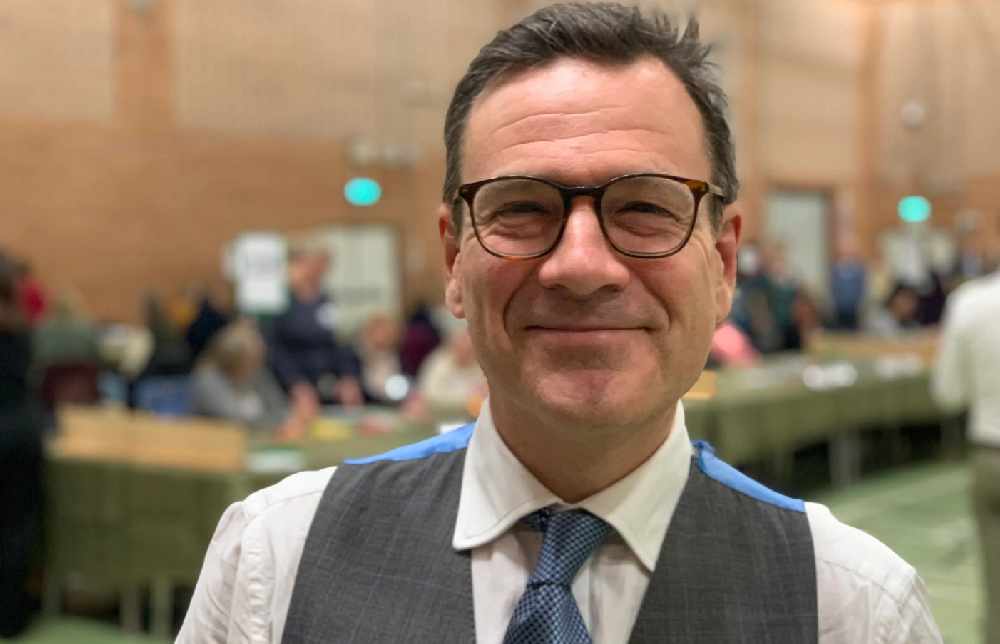 The Isle of Wight's MP has hit back at national reports suggesting the Island's hospital could soon be 'overwhelmed'.

Bob Seely says plans are in place at St Mary's Hospital - and said he expects COVID-19 hospital admissions to peak in the next two to three weeks.

The MP has been reacting to an article published by The Guardian today (Tuesday).

As Isle of Wight Radio previously reported, it claimed that military helicopters could be used to transfer Isle of Wight coronavirus patients to the mainland 'within days'.

“I have seen The Guardian story. Let me put a slightly more balanced perspective.

“First, this statement has been cleared with the NHS Trust on the Island.

"As part of contingency plans, the Island’s NHS conducted an exercise with a Chinook helicopter. These trials were conducted, with the media in full attendance, last Spring.

"This information is a year old and in the public domain. In addition, as anyone who knows the Island will know, air ambulances are regularly used to ferry some patients to Portsmouth or Southampton. There is nothing new in this. If helicopters need to be used, they will be. We have also been transferring patients over the past year using ferries and even the hovercraft, which has proved a valuable addition."

Mr Seely said that although case numbers are rising, St Mary's Hospital has extra capacity should it be needed.

“More generally, we are all concerned about the situation, including Stephen Parker. I thank Stephen and all the NHS staff on the Island. Modelling to predict pressure on beds is being regularly done. The Trust has several dozen Covid patients at the moment. It expects numbers to rise and peak in the next two to three weeks. St Mary’s has the capacity for more people than it is currently dealing with and can flex to provide more beds if need be.

"There is an issue with staffing levels - basically getting more medical staff from the mainland - and this is being addressed. It is one of the reasons the Council and I have worked with Government for grants to enable lifeline ferry services to operate.

“St Mary’s is continuing to conduct some non-Covid treatment. Islanders with health concerns should, until otherwise told, continue to present as normal. If the situation changes, Islanders will be informed.

“I thank NHS staff for all they are doing and will do in the coming days and weeks.

“As Stephen says, there is a risk to services if rates continue to rise and we may have to transfer Covid patients to the mainland. Transfer to the mainland happens regularly, although clearly in a pandemic, it may happen more. The important thing is that Islanders are cared for."

Another 84 cases of coronavirus have been confirmed today (Tuesday). According to Government data, the Island's infection rate has risen to the 13th highest in the UK.

However, the Island's MP hit back at claims that this is down to people "flooding" here from the mainland.

He said the suggestion is "not supported by the facts":

“Whilst small numbers may have come, the Covid data shows that areas with second homes have had average or, more generally, below average Covid rates. If the Guardian wanted to check this, it could have easily looked on the Covid data on the Government’s website and used the timeline to check local rates in individual parts of the Island. I encourage the media to do basic fact-checking rather than inadvertently fan rumours, largely unfounded, that do not help social cohesion.

"The sad truth is that we were in close proximity to an area, Portsmouth, that appears to have had early cases of the ‘mutant' strain when we were still in Tier 1. It was probably brought here, not by second home owners from west London going to Seaview or Bembridge, but by folks travelling to and from the mainland for perfectly valid reasons. Once this was identified, the Government moved quickly."

The Guardian's article also referenced the MP's own breach of lockdown rules. Mr Seely admitted to attending a barbecue in May, and has since apologised.

"As to the Guardian’s swipe at me, anyone who knows me knows how hard I work for the Island and how I always make sure the Island is at the front of the queue. I am not perfect, but I work damn hard for my constituents and I feel very privileged to represent them.”

Mr Seely confirmed that more than 10,000 people on the Island have had their first vaccine at four sites on the Island.

That does not include medical staff being vaccinated at St Mary’s. He said:

“Our vaccine centre at the Riverside will be ready on 15 January, but we may not get vaccine and sign off until 25 January or later. I have written to the Vaccine Minister and the Secretary of State on this issue and have been in near daily communication with them. This is public knowledge."