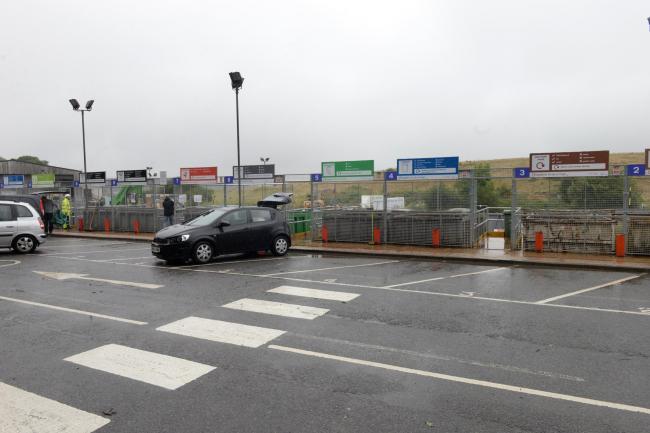 More slots are going to be made available at tips on the Isle of Wight but restrictions will be in place for as long as necessary.

The Isle of Wight Council has also said general household waste is still not being accepted.

Since May, Island residents have had to pre-book a slot at the two household waste and recycling centres (HWRCs) to get rid of most of the rubbish they have been collecting in lockdown.

After initial restrictions were put in place, including a speed limit and temporary one-way system on Briddlesford Road, some measures have been lifted as the tips open up to more people.

Simon Clarke, minister for local government, and Rebecca Pow, environment minister, said in the letter: “Where there are opportunities to improve access and to help householders dispose of waste responsibly then we would encourage [local authorities] to keep measures under review and to extend access where this can be done safely.”

However, the Isle of Wight Council has said it has received no complaints about the current booking system and is increasing the number of slots available per hour.

Also, by working in partnership with Amey, the council says the sites and processes have been closely monitored and regularly reviewed to ensure the safety of residents and staff.

A spokesperson for the council said:

“As long as social distancing is required we cannot operate the site as we used to.

“For the safety of staff and householders, there are internal restrictions on the number of parking bays in use and the number of vehicles able to access the site at any one time.

“Every householder can book every 14 days.”

At Lynnbottom HWRC, only 12 of the 23 parking bays can be used, following the social distancing guidelines set by government.

In May, 13 cars were able to go to the tip every half hour but with restrictions lifting, allowing different vehicles and trailers to bring waste, this was changed to 10 vehicles every 15 minutes.

From August 3, more slots will open to allow 13 vehicles every 15 minutes, meaning 52 households can come to the HWRC in an hour.

The time scheduled for the appointment is only the time you should arrive at the site, and not a time limit — residents are able to unload their waste in the time it takes them to do so.

At Afton Marsh HWRC, in Freshwater, only four of the eight parking bays can be used.

From August 3, six vehicles will be allowed into the HWRC every 15 minutes compared to only five cars per 30 minutes when it re-opened with stricter measures.

Despite the increase in slots and acceptance of most rubbish types, general household waste, or black bin rubbish, is still not accepted at the site.

The council has said households creating large amounts of general waste because of medical reasons, six or more people in the household or two or more children in nappies can order a larger black bin on its website.