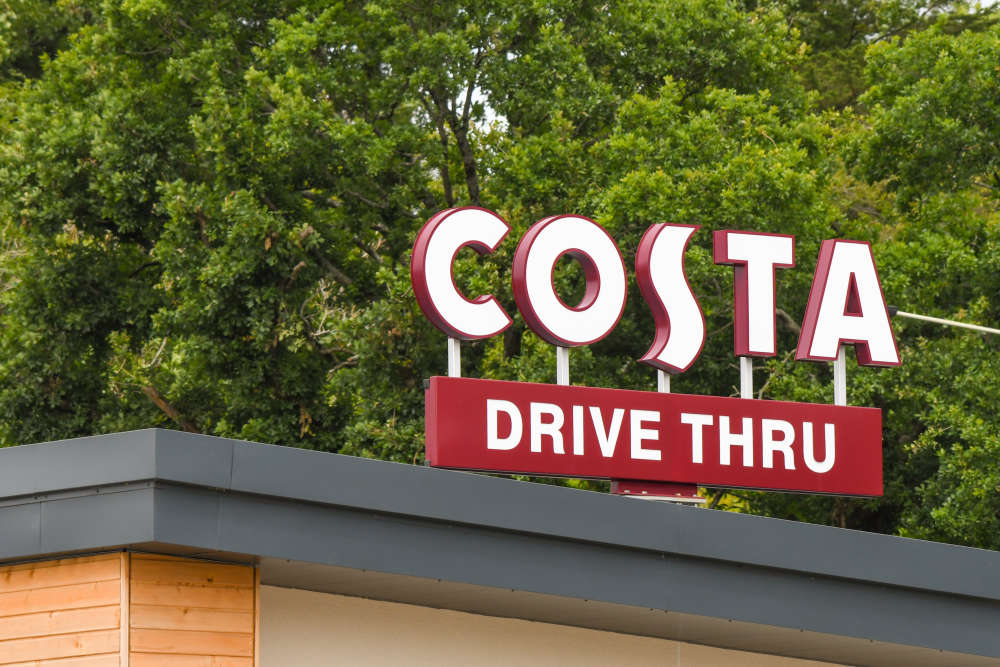 We’re getting a first look at the Island’s first drive-thru Costa Coffee — thanks to drawings submitted to the Isle of Wight Council, as part of plans for Newport’s St George’s Retail Park.

The big brand is to join McDonald’s in having a drive-thru on the former home ground of Newport FC.

Further designs have now been submitted by the coffee giant, as it aims to finalise the layout of its new store, on the site next to Asda.

They include a menu board and an order collection point.

In the images, the brand’s logo and coffee beans have been added to the side of the building and the planning application seeks permission for illuminated and non-illuminated signs. 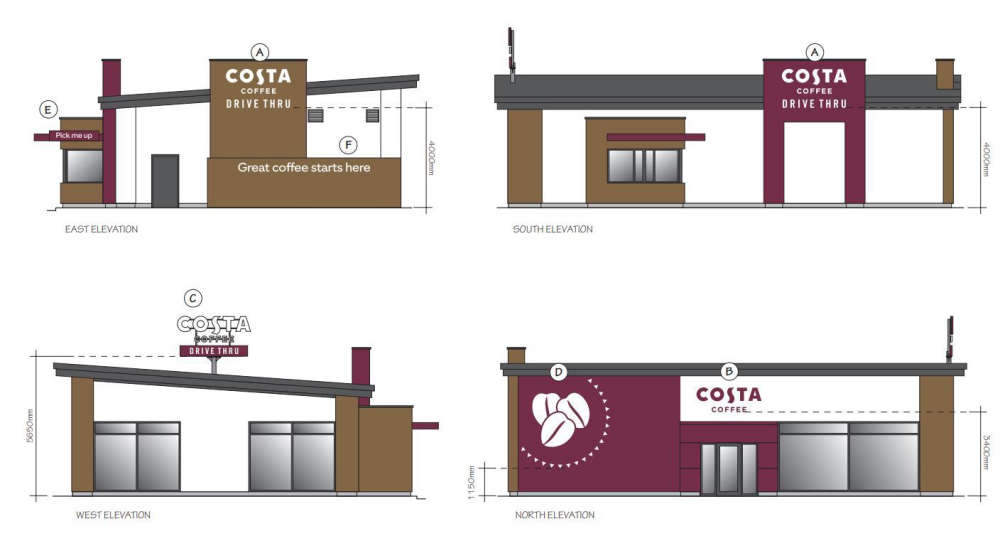 View the plans, 22/00848/ADV, on the Isle of Wight Council’s planning register. Comments can be submitted until July 29.

The proposals, submitted by Isle of Wight-based developer Tony Wake and his company South Coast Leisure, were recently re-approved by the Isle of Wight Council.

A change in the plans saw Costa added and the amount of retail floorspace reduced. 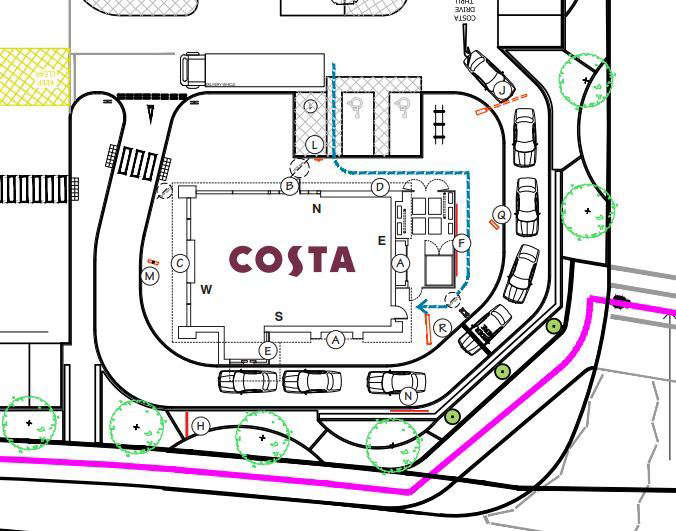 South Coast Leisure hopes the all-weather pitch and clubhouse would be completed by the autumn.

The Isle of Wight Council has required that the units at the new retail park are not used until the replacement football ground is available.