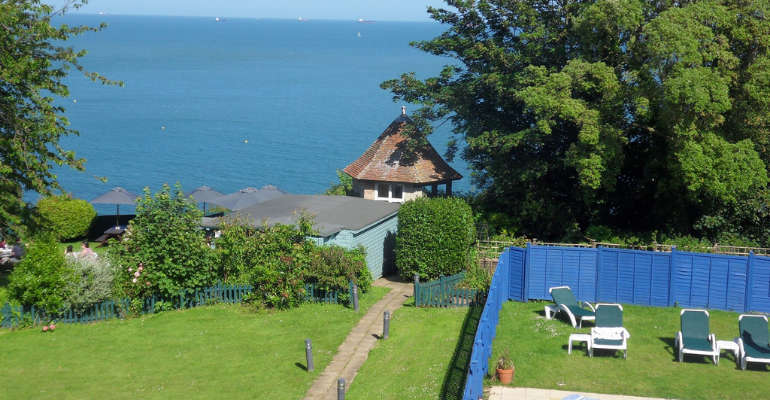 The Island's upsurge in tourism during the Covid-19 pandemic has led a Shanklin hotel to plan a major expansion.

Luccombe Manor, part of the Garden Isle Hotel Group, is asking the Isle of Wight Council for permission for 15 more rooms in a three-storey extension.

The hotel, which has views across Shanklin and the Bay area, has, planning agents say, been extended many times onto the main Edwardian building.

Agents, Nova Architectural, on behalf of the hotel, say the proposal has been put forward to meet the increased demand on the tourist industry as local holidays have boomed due to Covid-19.

They say expanding to meet demand will, in turn, increase the staffing at Luccombe Manor, ‘giving locals an opportunity to learn and grow within the hospitality and tourism sector’.

Overall, due to the area needed to add the extra bedrooms, two would have to be removed first, so the net effect would only see 13 new rooms added.

The extension also has the support of Red Funnel, with its chief executive, Fran Collins, saying it was “pleased to support accommodation enhancements which are sensitive and appropriate to the Island’s unique culture and constraints and which, in turn, support both the local and visitor economies.”

Red Funnel works with Luccombe Manor, and the Garden Isle Hotel Group, as a transport partner.

Ms Collins went on to say in her submission to the Isle of Wight Council, it believes permitting the development would allow the hotel group to ‘further support’ the Island’s tourism industry.

To view the plans, or comment on the application, 21/02405/FUL, you can visit the council’s planning register. Comments will be accepted until January 28.