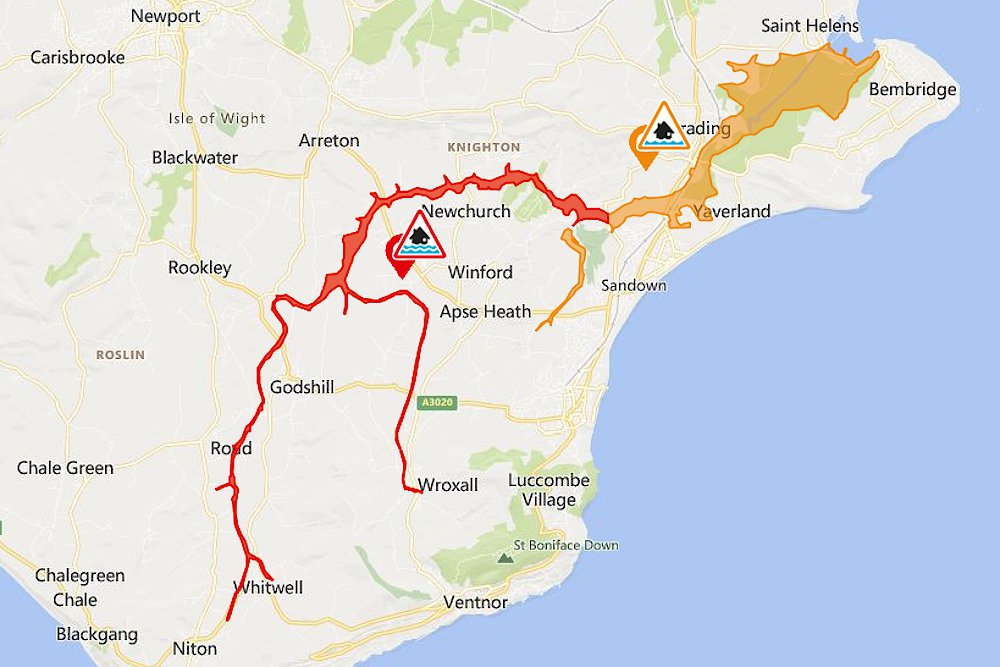 The Environment Agency is lowering the severity of several Isle of Wight flood warnings today, December 28.

Their information concerns not only the Eastern Yar but also land surrounding its tributaries from Whitwell to Bembridge.

The agency said this morning that, at Alverstone, the water level in the Eastern Yar is slowly falling.

But at Sandown its staff believe the levels will rise until lunchtime today.

Flooding of land, footpaths, cycle tracks and the access track to Horringford is expected to continue.

This morning through to mid-afternoon, a further 18mm of rain is forecast.

This will cause the river at Alverstone to rise, possibly overtopping the bank at Station House.

At Sandown, after falling slightly, the river is expected to rise again until later this evening.

But officials added that tomorrow,. Tuesday December 29, is forecast to be a drier day — but Wednesday through to Friday, New Year's Day, will see further unsettled weather.

People living in areas where flooding could occur were asked to remain prepared for further impacts over the next 24 hours.