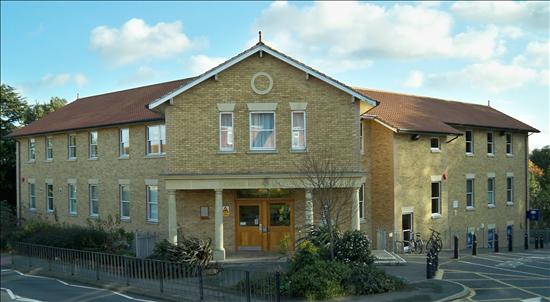 A GP surgery on the Isle of Wight has been slammed by a councillor for ‘inadequate levels of service’.

But the health body responsible for the Cowes Medical Centre (CMC) says appointments there have been increasing.

Bringing the issue to the attention of the Isle of Wight Council’s policy and scrutiny committee for health and social care, chair, Cllr John Nicholson, said he was sad to raise it but he had been told about alarming concerns patients  have in obtaining ‘satisfactory levels of service’ from  the centre on Newport Road.

He said patients were having problems trying to get appointments and speaking to anybody on the phone as they are ‘seldom, if ever’ answered, causing unnecessary stress, delay and frustrations.

Cllr Nicholson, who is also ward representative for Cowes South and Northwood, said:

“It is plain that such inadequate levels of service and accessibility that now exists has the potential to put sick and vulnerable people in the community at unwarranted risk.

“For those who do not have a computer, internet service or are not savvy with the internet it is impossible to use the web contact service.

“The concern is whether the medical centre has lost its focus on helping the community which it is charged to attend — becoming introverted and self-centred that their focus has shifted to matters serving their own convenience, safety and internal operations, clearly, to those outside, at the loss of their increasingly desperate patients.

“It appears the writing is on the wall but is this practice so absorbed in its own indulgence that it has failed to notice the light under which all good practices should operate?”

Cllr Nicholson asked for those who commission the GP service, the NHS Isle of Wight CCG (CCG) to ‘lift the veil’ on what is or is not happening at the CMC and try to resolve the issues.

No one at the committee meeting was able to answer Cllr Nicholson’s allegations, so John Metcalfe, chief executive of the council, said it should be brought back to another meeting where representatives could have the right to reply.

The meeting can be viewed below...

When asked about the issues raised by Cllr Nicholson, Alison Smith, managing director of the IOW CCG, said the body had been and will continue to monitor GP practice activity across the Island and had seen consultations increase by 10 per cent, compared to pre-Covid levels — meaning all GP surgeries on the Island were seeing more patients now than they did before the first lockdown in March.

At CMC, there has been an almost five per cent increase in consultations in any given week, said Ms Smith — an average of 1,571 consultations every week.

“Although the figures show CMC is working hard and getting to as many patients as possible, and working in innovative ways to achieve this, we are sorry to hear some people are experiencing difficulties getting through on the phone.

“We continue to work with the practice to see how pressure can be eased. We also know the practice have an estates improvement plan in place — the practice has secured some funding to help with improvements and we are working with them to see what can be carried out.

“The Island is no different to the mainland, and changes had to be made in order to ensure patient safety and staff were able to continue carrying out their vital work in a Covid-safe way.

“We have seen an increase in telephone, video and online consultations, and of course those who need to be seen in person are still invited to come in for a face-to-face appointment — which is still the majority of the way people are being treated.”

The body has said it will continue to liaise with Healthwatch and keep members of the council’s health and social care committee updated.