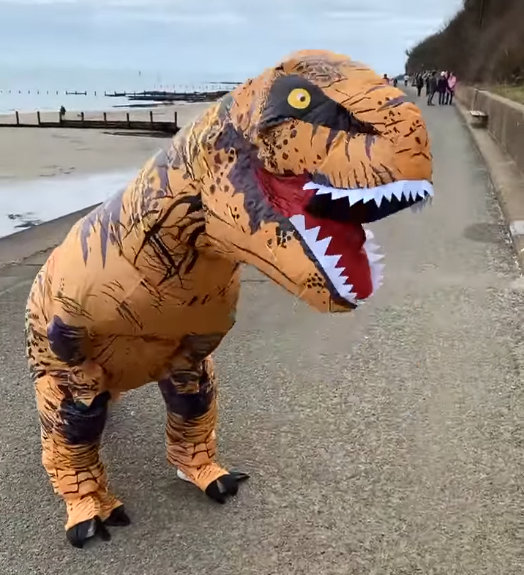 A 'dinosaur walk' on the Isle of Wight has helped to raise vital funds for Macmillan Cancer Support.

A number of team members at Bembridge Coast Hotel and Norton Grange Coastal Village took part in a 'Warner Wellbeing Weekend' to try to clock up as many miles as possible, by either walking or running.

The aim was to raise as much money as possible for Macmillan Cancer Support - Warner Leisure Hotels' nominated charity.

As part of the fundraising, one of the Bembridge team - Jasmine Summerfield - dressed up in an inflatable T-Rex costume to walk from Hope Beach in Shanklin along the seafront to Sandown Pier, with a collection bucket. 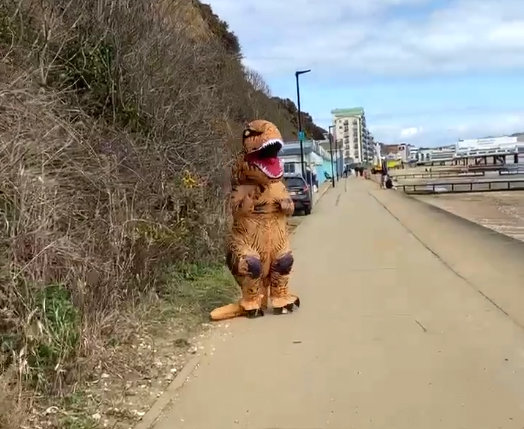 The walk raised more than £160 thanks to donations from generous passers-by.

Over the course of the weekend (March 20 and 21) a total of £2,439 was raised by the two Warner Leisure Hotel teams on the Island.

Anyone wishing to donate, can do so here - www.justgiving.com/fundraising/bembridgecoasthotel