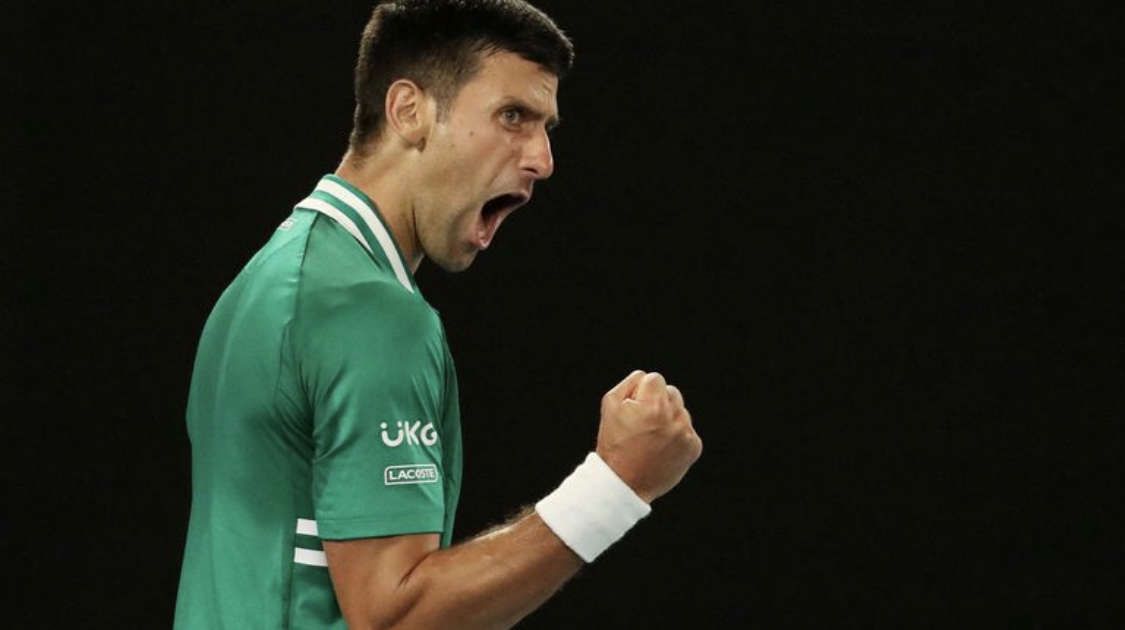 Novak Djokovic, who is fighting deportation from Australia, tested positive for COVID-19 on 16 December, according to court documents.

The tennis world number one is in immigration detention following the cancellation of his visa on Thursday, hours after he arrived at Melbourne airport.

The 34-year-old Serbian said in his court application he had a valid visa and medical exemption from the organiser of the Australian Open - a tournament the defending champion is hoping to compete in later this month.

Why is Djokovic being denied entry to Australia - and what are their travel rules?

The outspoken critic of mandatory vaccination is currently embroiled in a row over whether he is exempt from the country's COVID inoculation rules.

The application says he received a document from the Department of Home Affairs on 1 January telling him he met the requirements for quarantine-free travel into Australia.

Djokovic's lawyers said he received an exemption certificate from Tennis Australia, which was "provided by an Independent Expert Medical Review panel" whose decision was endorsed by the Victorian state government's own medical exemptions panel.

Reports say Tennis Australia told unvaccinated players they may be able to obtain a temporary exemption if they had recovered from COVID in the past six months, according to a leaked letter.

Tennis Australia 'did not mislead players'

Tennis Australia said it had not knowingly misled players and had always urged players to get vaccinated.

The guidance issued was based on information on a national government website to which it had been referred by the federal health minister, the association said.

However, the federal government released a letter showing it wrote to Tennis Australia in November saying that a previous COVID infection was not necessarily grounds for exemption in Australia, as it is in some other countries.

The date Djokovic said he tested positive for coronavirus - 16 December - was the same day he was presented with a stamp by the Serbian national postal service at the PTT Museum in the capital Belgrade. He tweeted about the presentation the following day.

He is one of three people connected to the Melbourne tennis tournament, starting on 17 January, who have been instructed to leave Australia by border officials.

One of the others is Czech player Renata Voracova, who decided to leave the country after her visa was also revoked due to issues with her exemption.