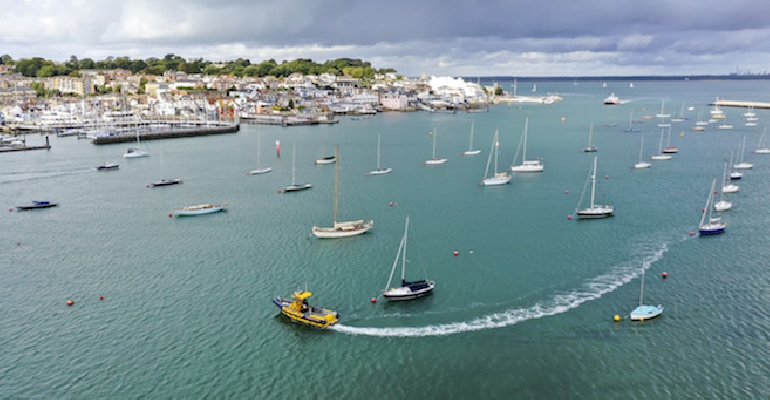 Gary Hall has been appointed as the new CEO of Cowes Harbour Commission (CHC) and will step into the role in February this year.

Mr Hall will be moving to the Island with his family to immerse himself in the new role, replacing Capt. Stuart Mcintosh who announced in the autumn of 2020 his intention to retire after over 20 years in the role of Harbour Master and CEO.

The Board of Commissioners had previously decided to split his combined role into two separate roles, that of Harbour Master, with responsibility for safety and security of the Trust Port and the new separate CEO role to manage the commercial side of the port. Deputy Harbour Master Marine Services Ed Walker will be promoted to the new Harbour Master role on 1st February, ready for Mr Hall’s arrival.

“We are extremely pleased that Gary will be joining us as our new CEO, this is a new role, separating the statutory obligations of Harbour Master and the commercial responsibilities of CEO. We received a very large number of candidates for the position from a diverse range of industries and levels of experience. After a very robust and rigorous selection and interview process, five very strong candidates were shortlisted with Gary finally being selected based on the experience he can bring to the role. The Commissioners are therefore looking forward to Gary joining the team and supporting him in the future development of CHC.”

Mr Hall has more than 20 years of experience in the aircraft and airports industry with over 10 years managing the commercial operations of a number of airports and a further 10 years as Chief Executive of Culture Coventry, amongst other roles. Specialising in innovation, organisational improvement, commercial results and a keen focus on people management and customer relations. His role with Culture Coventry particularly speaks of understanding the history and culture of a particular place whilst optimising innovation and growth.

“I am delighted to be joining the CHC team and I look forward to working with key stakeholders and the Cowes and East Cowes community and managing a Trust Port that is steeped in history and tradition. I am also looking forward to moving to the Island and being an integral part of the community.”

“I am very pleased that Gary has accepted the role and look forward to supporting him and Ed in their new roles before my retirement in the early spring and am happy the harbour will be in safe hands.”

David Riley, Chairman of the Board of Commissioners further commented:

“Stuart’s dedication, passion and resilience during many changing and sometimes challenging times and the skill he has brought to the role over the last 20 years means he leaves the Harbour Commission and the harbour in a much better place than he took on and we will find time over the next few months to publicly thank him for his dedication. His, and our focus for the next few months is to fully support Ed and Gary in their new roles.”