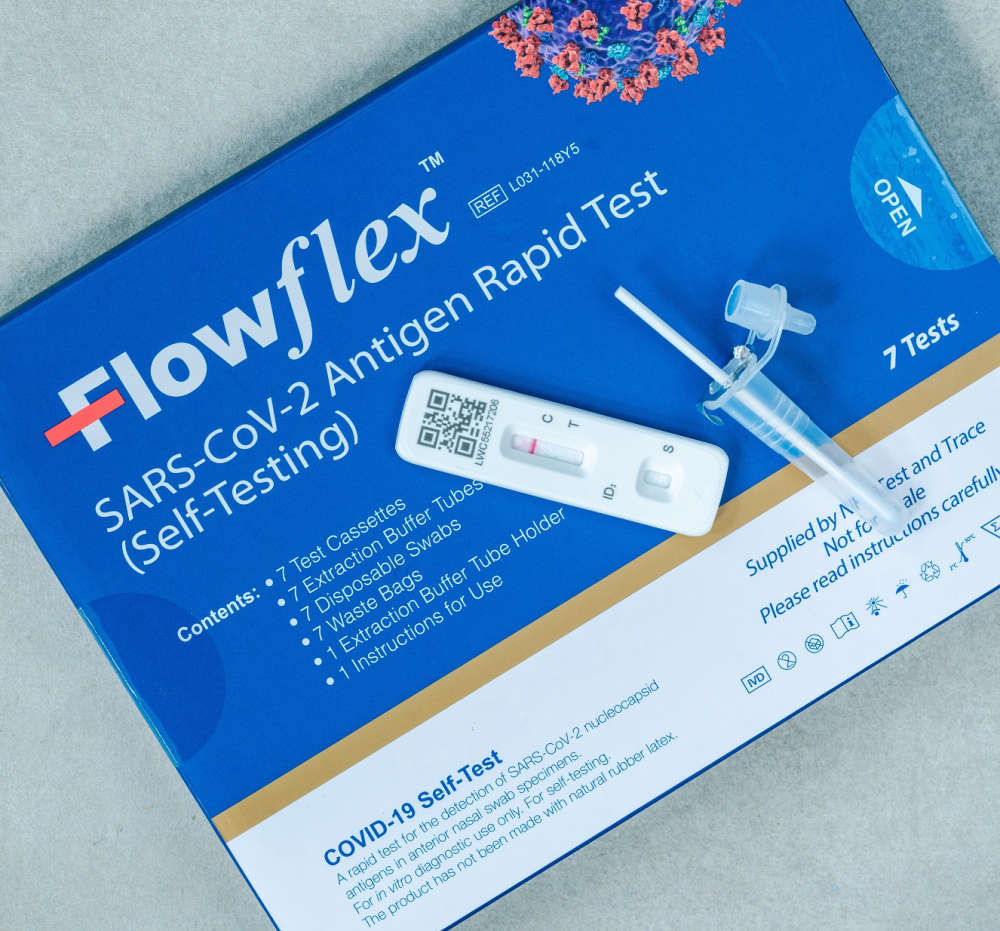 Those in England who test positive on lateral flow tests will no longer need a follow-up PCR to begin their isolation period if they do not have symptoms from 11 January, the UK Health Security Agency has confirmed.

it comes as a minister told Sky News that "around a million people" are currently isolating as a result of COVID-19.

People experiencing the three official COVID symptoms - a high temperature, new, continuous cough and a loss or change to your sense of smell or taste - would still be expected to get a PCR.

But the UKHSA said that those who test positive on lateral flow devices but do not have these symptoms do not need to take follow-up PCR tests.

The move would allow those who are asymptomatic - about 40% of cases - to return to work more quickly.

People who test positive on lateral flows will still need to isolate for at least seven days, and register their positive lateral flow results.

Speaking to Sky News earlier, health minister Gillian Keegan said that while the government doesn't collect data on people self-isolating on a daily basis, "it's obvious if you look at how many people tested positive yesterday, about 215,000, that they'll all be self-isolating and obviously from the previous days".

"So it's about a million people probably are self-isolating right now," she said.

Record numbers of daily cases have been reported recently, as the more transmissible Omicron variant of the COVID-19 continues to spread, with reports of staff shortages in the NHS and different sectors of the economy.

At the moment, people without symptoms who test positive on a lateral flow are asked to take a PCR test and to only begin their isolation period when they get the second result.

This effectively requires them to isolate for longer than seven days, especially if there are delays in getting the PCR result.

The prime minister said 100,000 workers in England, "from food processing to transport to Border Force", will have to test every day they are working from 10 January.

Meanwhile, ministers are also expected to announce that pre-departure testing will no longer be required for travellers returning to the UK.

"We cannot continue to shut down entire workforces and our economies for the benefit of unvaccinated people," he said.

"If you are triple-jabbed I think you should be allowed to use your fair judgment.

"We need to, as quickly as we can, get to a world where people stay at home if they feel ill, like they do when they have flu, and return to work when they feel better... ultimately we need to get rid of the isolation period altogether."

PM to face scrutiny as MPs head back to Westminster

MPs will return from their Christmas break on Wednesday, with Mr Johnson holding a cabinet meeting before that.

The PM will face scrutiny over his decision to so far hold off on imposing further COVID restrictions beyond the Plan B measures brought in before the festive period.

He will clash with Labour deputy leader Angela Rayner at PMQs, in a session that is set to be dominated by coronavirus once again.

Labour leader Sir Keir Starmer is isolating after testing positive for COVID for a second time.