‘Conceited, Vain And Rude’ - Isle Of Wight Conservatives Praise Own Approach To Coronavirus 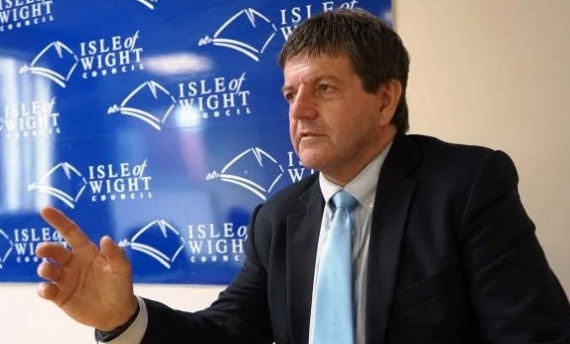 ‘Conceited, vain and rude’ were words hurled at the Isle of Wight Council leader on Wednesday over a motion he tabled congratulating his own group’s approach to coronavirus.

In a motion to full council, Cllr Dave Stewart, leader of the ruling Conservative administration, asked fellow councillors to endorse the approach taken by the administration in response to coronavirus and sought to approve development of a recovery plan for the Island to rebuild its economy and protect the community.

“The Island’s Conservative administration, working with many other individuals and partners, has, I believe, provided a comprehensive and effective approach in response to the coronavirus.

“When reviewing my report and considering the intensive and flexible approach taken by the Isle of Wight Council in response to a pandemic that has swept the world I am proud of what we have achieved so far.”

Cllr Clare Mosdell, cabinet member for adult social care, public health and housing needs, seconded the motion, laying out areas of the council which had contributed to the response and said she was really proud of the huge effort of staff across the council as they had saved lives.

Cllr Mosdell also spoke of the response from the community and volunteer sectors, other vital service providers.

However, opposition councillors criticised the motion, saying it wasn’t just the Conservative administration but everyone on the Island who has played a role in the response to Covid-19.

Cllr Lora Peacey-Wilcox, independent, said it was a good job Cllr Mosdell spoke, because she fully acknowledged the staff.

“In this motion, the wording from Cllr Stewart is conceited, vain and, quite frankly, rude, to say it was the administration that took this approach. It wasn’t just the administration, it was an awful lot of other people.

“It is an absolute insult — the Island suffered and we all pulled together.”

“I feel it should be much more inclusive of everybody that has been involved, not just the administration.”

Cllr Andrew Garratt, Liberal Democrat, said the leader could probably be excused if he had spoken the words, mistaking the word ‘administration’ for ‘authority’.

“It is the authority that has responded in a large part, ideally it would not be just the authority but every single last person on the Island should be recognised in one way or another, they are surely worth being recognised in this. It is not something the leader of the council should have forgotten.

“We are still in the middle of a pandemic – this is not the time for a political party to claim any credit, it is all of us in the Isle of Wight community, in the United Kingdom, across the who planet that has been pulling together on this.”

However, Cllr Geoff Brodie, independent Labour, proposed a change in the wording to ‘endorse the approach taken by the Island community in response to coronavirus’ instead.

Cllr Stewart accepted the motion saying he was doing what all good leaders should do when something intended doesn’t have the effect you expect and that the principle he detailed when he spoke about the motion was about working with many other partners.

All members of the Isle of Wight Council present voted for the amended motion, recognising the work of the Island community, but two Conservative cabinet members spoke in defence of the original motion.

Cllr Gary Peace, cabinet member for digital transformation and community safety, said undoubtedly it was a community and Islandwide effort but the administration had shown strong leadership throughout the pandemic.

“[The] leadership we have shown, as a Conservative cabinet and a Conservative group as a branch of this Island’s council, without that you wouldn’t have the coordinated effort you have had across the Island or the success that had been achieved.

“This leadership has come from a solid, competent administration and that is something the Island has only had since we were elected as a Conservative group. I am completely on board with the changes but it should be recognised that it was through our leadership that success we have had is as it is.”

Cllr Steve Hastings, cabinet member for procurement and waste management, said comments from opposition councillors had called the motion rude but he thought some were ‘quite rude about us’ and referenced the financial problems the council are facing as a result of the pandemic.

"I hope Cllr Brodie and others remember when it comes to budget around that they don’t do what they have done in previous years and suggest we spend our reserves because if we had we would have been like many other authorities heading for a bankruptcy notice.

“It was a good job we didn’t listen to them then, and have led in the way we have done to where we are now. I have no problem with the amendment.”