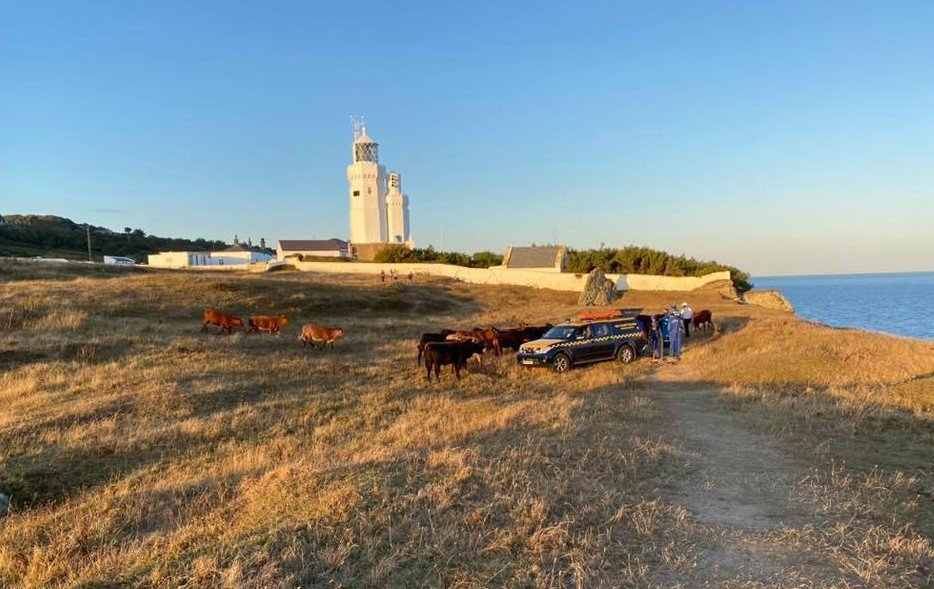 Coastguard teams were called to reports of a calf over the cliff and on the beach near St Catherine's Lighthouse.

Arriving on scene, team members walked along the coastal path in the area.

After a short time, the team found the calf on the beach just west of St. Catherine’s Lighthouse.

As a plan was being made to gather further resources, the calf made its own way back up the cliff to the top to greet coastguard members.

"With assistance on scene from the RSPCA (England & Wales), we are pleased to say that the calf was safe and well.