Car Crashes Into Barbers In Ventnor 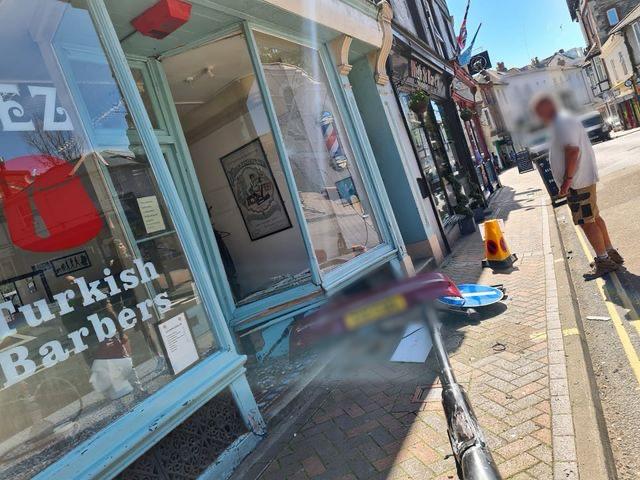 A car has crashed into a barbers in Ventnor this afternoon (Wednesday).

Emergency services have been called to Ventnor High Street.

Isle of Wight Radio listeners say a car has gone into Fez Turkish Barbers, near to Tesco Express.

Police and the Isle of Wight Ambulance Service have been called to the incident.

Glass can be seen on the floor, and a road sign has been damaged.

No one has been injured, according to police.

"We were called at 3.46pm today, 9 June, to reports of a single vehicle collision on High Street, Ventnor.

"A car was in collision with street furniture and a storefront, causing damage.

"No injuries were reported."