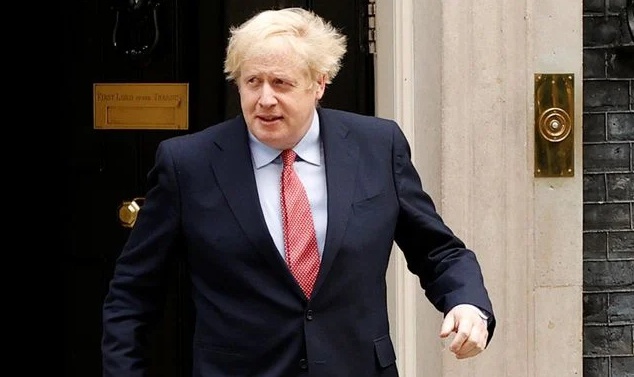 Boris Johnson has narrowly survived a vote of confidence among Tory MPs - but suffered a rebellion bigger than Theresa May.

He needed a simple majority - 180 votes or more - to continue in office.

The result means 59% of Conservative MPs backed Mr Johnson, with 41% voting against him.

The prime minister is now immune from another leadership challenge for 12 months, under current Conservative Party rules.

It comes after a surge of MPs called publicly for Mr Johnson to stand down following Sue Gray's damning report into partygate.

Sir Graham notified the prime minister on Sunday that the threshold had been reached and they agreed on timings for the vote on Monday together.

Former prime minister Theresa May won a confidence vote in December 2018, where she secured the support of 200 MPs to 117 - a majority of 83, that represented the backing of 63% of her parliamentary party.

But five months later she announced her resignation, after repeatedly failing to pass her Brexit deal in the Commons.

In a letter to MPs ahead of tonight's vote, the prime minister said there was an opportunity to "draw a line" under recent issues.

Brexit opportunities minister Jacob Rees-Mogg had said victory by a single vote would be enough to secure Mr Johnson's job.

"One is enough, it's no good saying that the rules of the party say something and then behind it unofficially there is some other rule that nobody knows and is invented for the purpose," he told Sky News.

"I obviously want the prime minister to get as big a majority as possible, I think that would be helpful and it would close this matter down between now and the next general election, which would be good for the country, good for the Conservative Party, but one is enough."