Boat Sinks And Two Rescued After Fire Off Isle Of Wight

A boat burned and sank after catching fire on the Solent, off the Isle of Wight.

Two people had to be rescued from the burning vessel.

Black smoke could be seen from the Island.

The vessel's skipper had declared a Mayday after flames broke out on board.

Gosport Lifeboat's volunteer crew were training in Haslar Marina, when they heard the call for help issued on VHF Channel 16 and immediately started to make their way towards the casualty vessel.

On scene within 6 minutes, they found the people on board, in life jackets, standing on the outer edges of the vessel as flames started to take hold inside. Two nearby yachts had also responded to the call and were standing by, but could not get close enough due to the sea state and plumes of smoke. 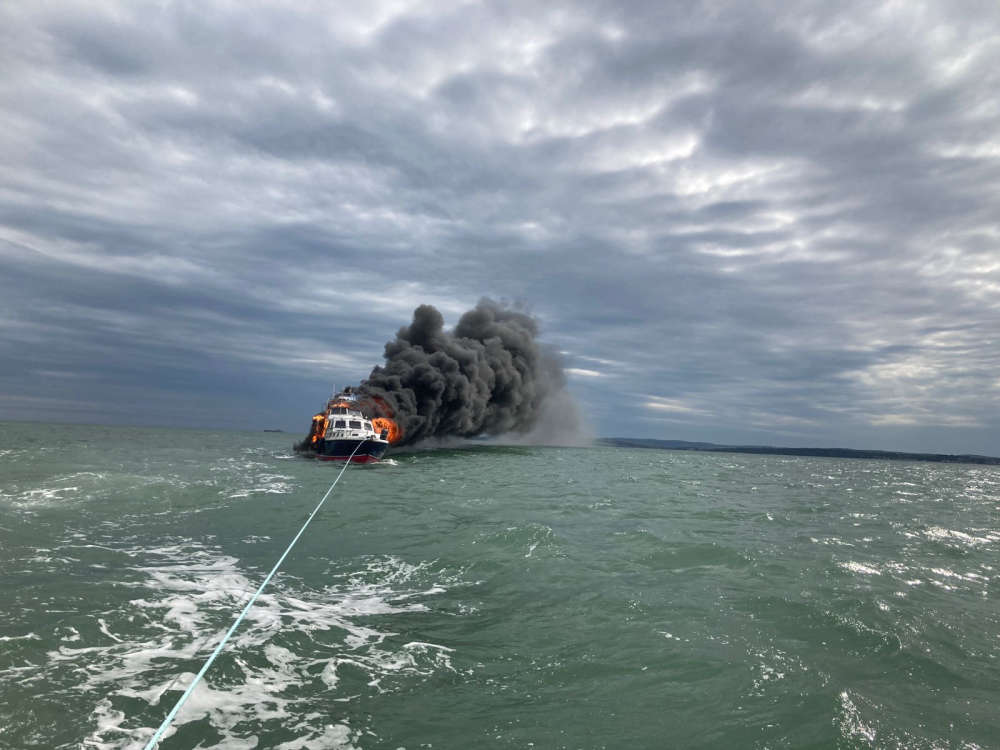 Gosport Lifeboat quickly recovered both people to the safety of the lifeboat and then took the vessel under tow, away from the busy shipping channel and into shallower water. Shortly after the tow commenced, flames from the engine room completely engulfed the cabin so Gosport Lifeboat crew deployed an anchor, with assistance from Bembridge RNLI Lifeboat, to prevent the vessel from drifting and becoming a greater hazard.

Bembridge RNLI Lifeboat, took the casualties into the warmth of their cabin and returned them to Chichester Harbour, where the vessel had been based.

Meanwhile, Gosport Lifeboat remained on-scene to keep inquisitive passing vessels at a safe distance as flares and gas cylinders on board had started to explode. 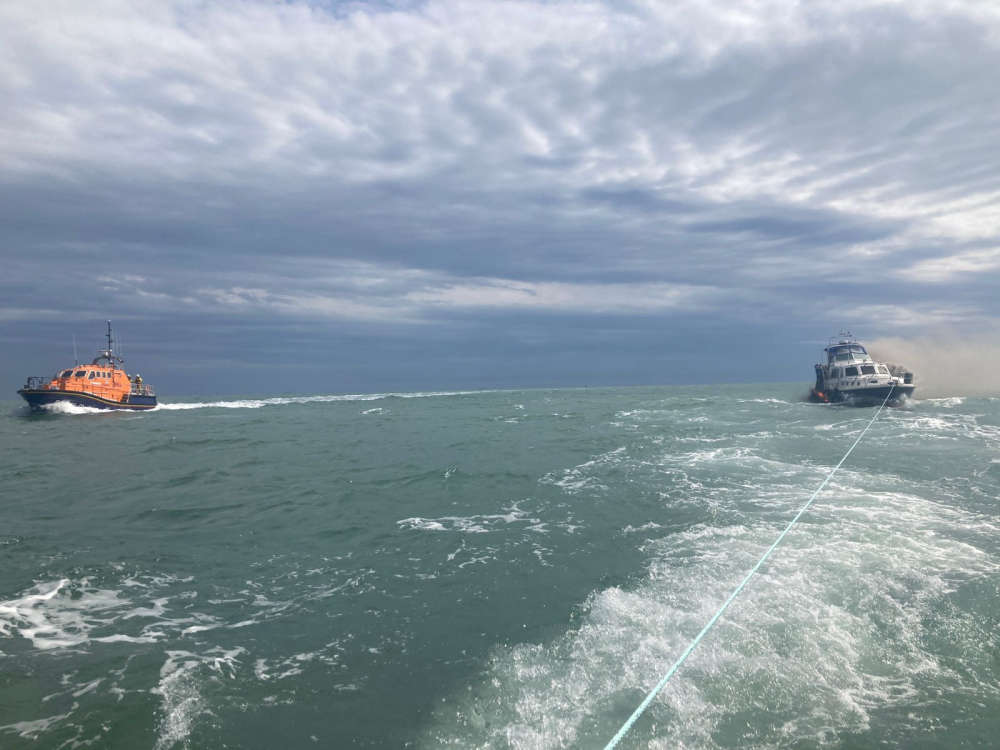 "Thankfully we were on duty with the Lifeboat today and out training, as it was only a matter of minutes from our arrival until the vessel was completely engulfed in flames.

"The crew on board the vessel had done everything they should: immediately calling for help, wearing their PPE equipment, and being ready for the Lifeboat to arrive."

The duty fire tug, SD Independent, was tasked to come from Portsmouth Harbour to fight the fire with its powerful firefighting apparatus. Unfortunately, with flames completely engulfing the vessel, it was unable to be saved and sank shortly afterwards.

Gosport Lifeboat then assisted the tug in retrieving the fuel tanks, which had been carrying 1800 litres of diesel and other debris from the sunken vessel to minimise any environmental damage