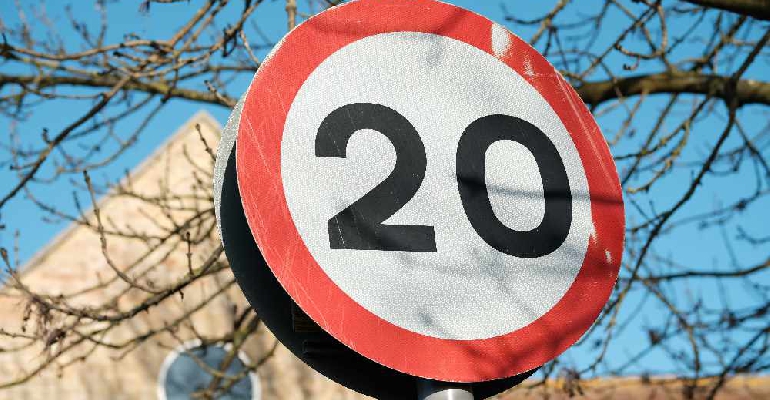 The introduction of more 20mph areas across the Island and a full review of speed limit and transport policies is being recommended.

Police, however, say the enforcement of 20mph speed restrictions has a very low priority status due to a lack of resources and higher policing priorities.

The Isle of Wight Council’s speed limit policy group was set up to look at the existing 20mph policy and explore ways vehicle speeds can be managed, with enforcement and education, for the benefit of people’s health.

The group, which includes councillors, representatives from the 20’s Plenty for Us campaign and officials, met last month (December) and to consider whether 20mph zones would be effective.

In a report going to the council’s policy and scrutiny committee for neighbourhoods and regeneration, members of 20’s Plenty for Us said people have differing perspectives of speed and lower speeds can assist with a feeling of wellbeing in the community but the needs of all vulnerable road users should be taken into account.

Mainly 20mph speed limits and zones are self-enforcing with the support of police but some have minimal effect on vehicle speeds.

Hampshire and Isle of Wight Police road traffic management advised the group due to resources, higher policing priorities and no evidence to suggest 20mph speed limits reduce casualty rates, has meant enforcement of such zones has a very low priority.

On the Island, there is only one speed camera van and the traffic policing team has merged with the armed response unit so the capability for enforcement is low.

A police representative said a case has been made nationally to the government for a separate road policing force.

Police also gave the example of the speed limit reduction in Apse Heath, despite its objections, and the subsequent increase of accidents in that area.

The group recommend funding be made available in the upcoming budget for the speed limit review to be completed.

The group also recommended looking at how other local authorities had introduced 20mph areas.