Who Were The Biggest-Selling Artists Of 2021? You Might Be Surprised 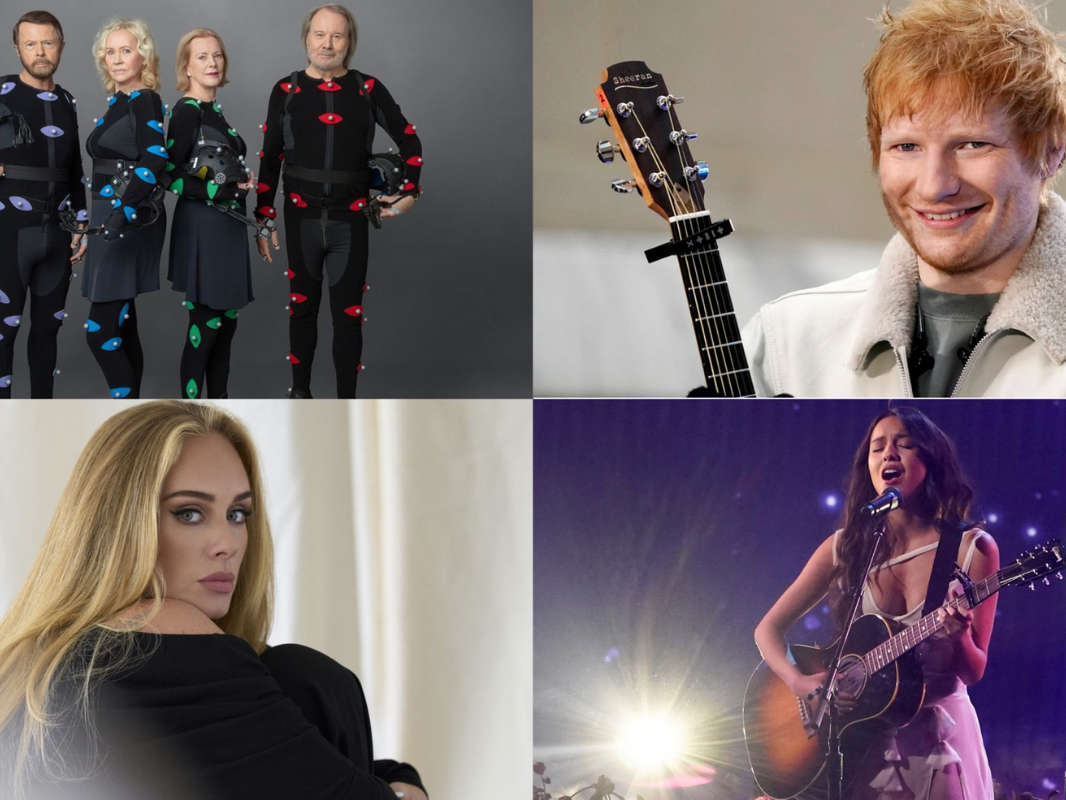 Eight of Britain's top selling albums of the year and four of the top singles were by homegrown artists.

Adele and Ed Sheeran have topped new lists of the best-selling albums and singles of 2021, with teen star Olivia Rodrigo and veteran acts ABBA and Queen also charting high.

Eight of Britain's top selling albums of the year and four of the top singles were by homegrown artists, according to figures released by the BPI record labels association.

Adele's 30, which arrived to much fanfare some six years after her last record, was the best-selling album of 2021 - despite being released in November, with just six weeks to go until the end of the year. Sheeran took second place with Equals, released in October, while Swedish pop superstars ABBA were third with comeback record Voyage, also released in November.

US teen star Olivia Rodrigo took fourth with her debut Sour, while Queen's classic Greatest Hits album, re-released earlier in 2021 to celebrate its 40th anniversary, was fifth. The biggest-selling single of the year was Bad Habits by Sheeran. 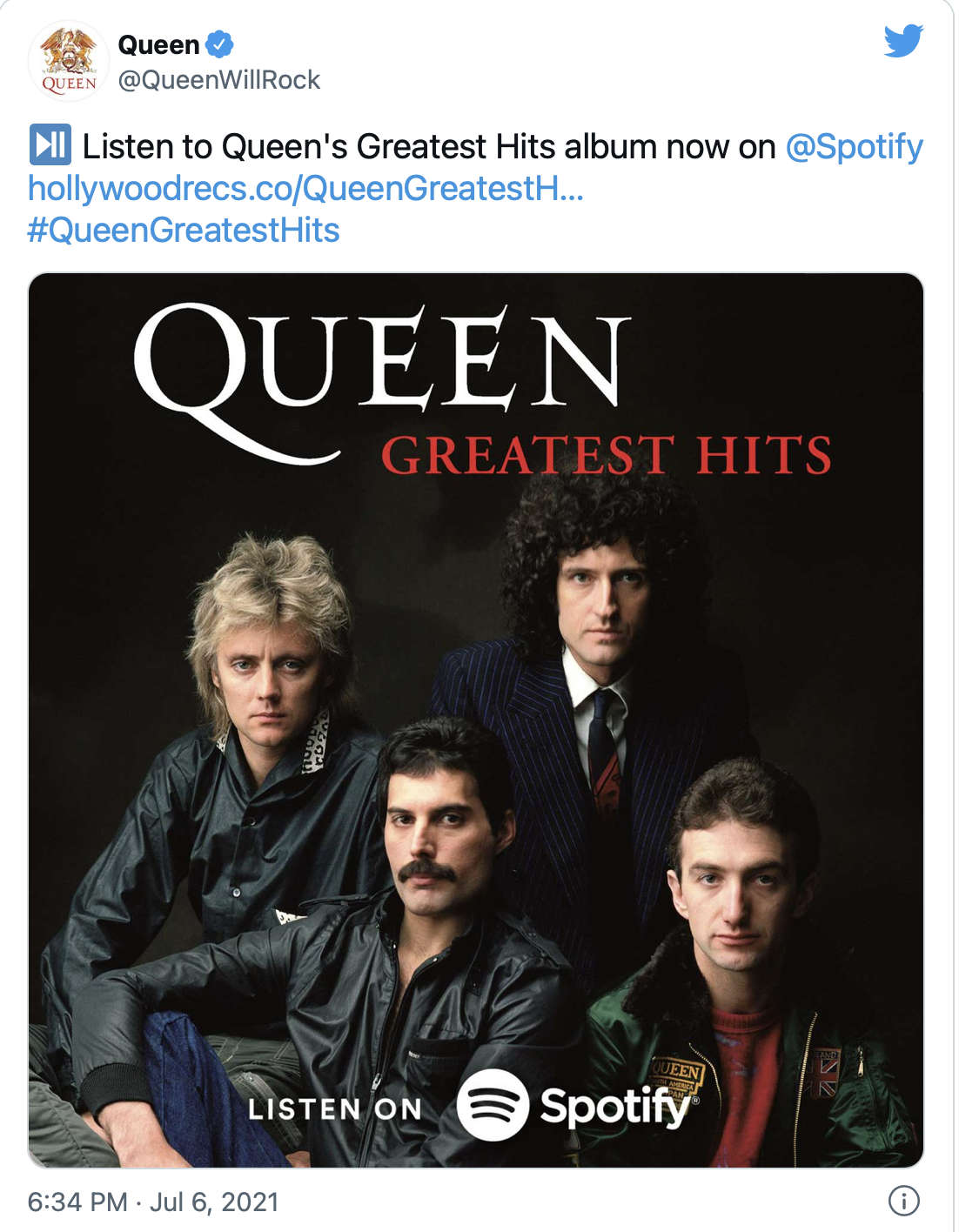 The end-of-year report, based on Official Charts data, points to another strong year of music growth in the UK, the BPI said, with consumption rising by 2.5% - increasing for the seventh successive year - and streaming accounting for 83% of the total.

Some 180 artists reached more than 100 million streams in the UK over the past 12 months, the report found.

About 159 million albums or their equivalent were streamed or purchased across all formats. This was made up primarily of streams, comprising 147 billion individual audio streams. 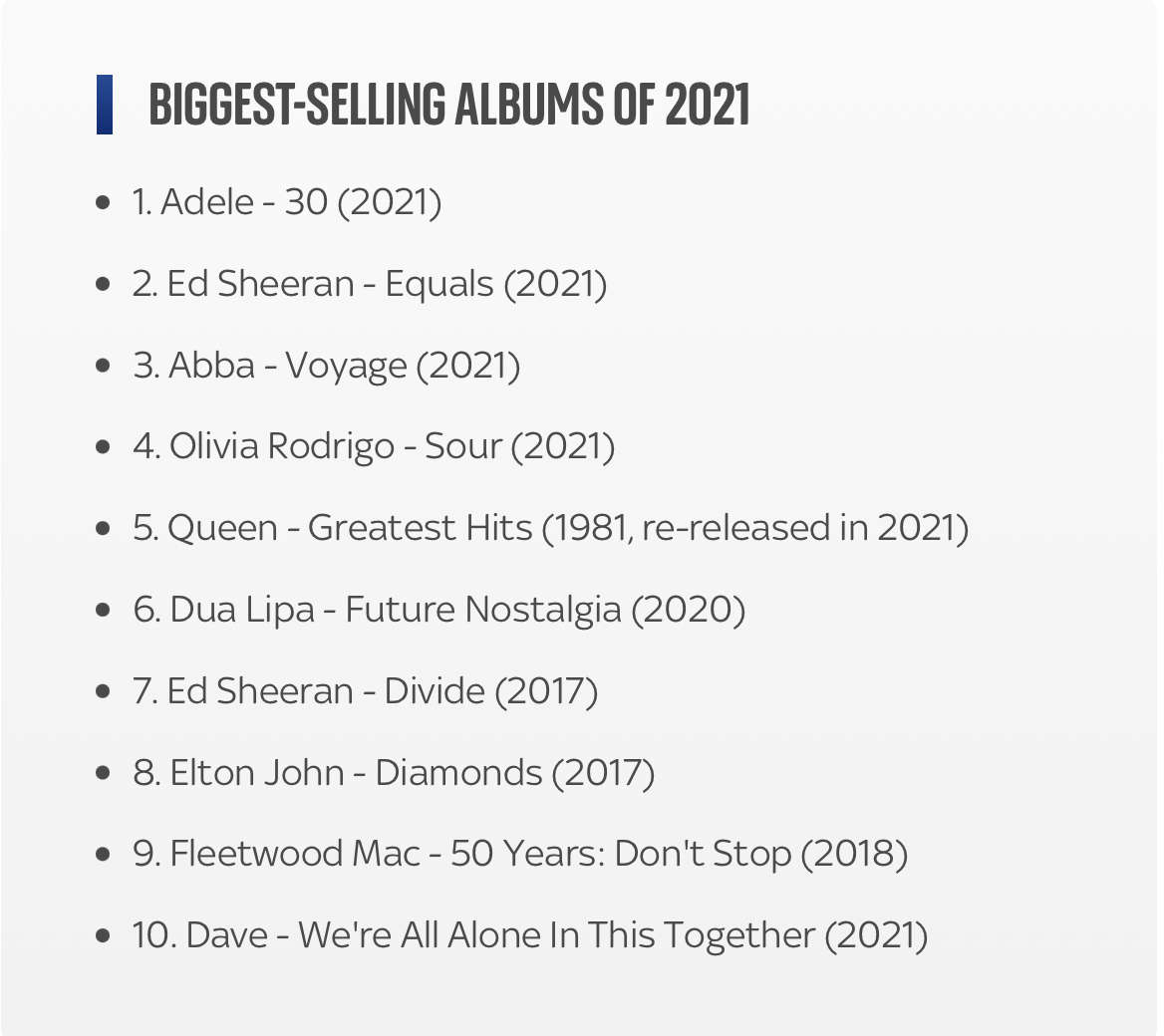 "As our lives continue to be disrupted, the past 12 months have reminded us again of the important role that recorded music plays in our lives.

"At the same time, the rise of streaming has empowered more artists than ever - from all backgrounds and eras - to build new fan bases around the world and to forge successful careers in music, while record labels have continued to provide the investment and support needed for British talent to thrive and reach a truly global audience." 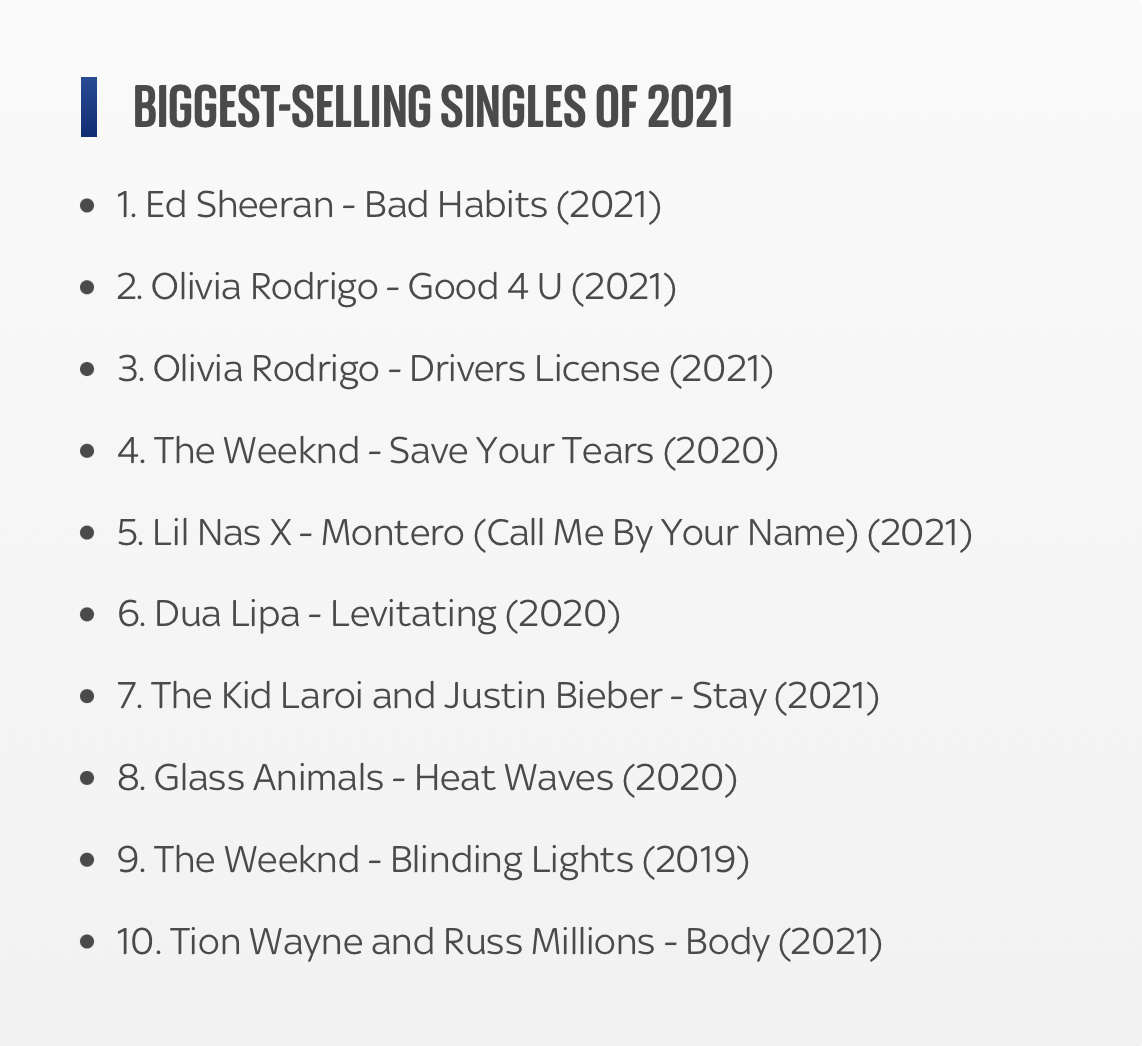 The figures come amid increased scrutiny of the streaming model after a Digital, Culture, Media and Sport Committee inquiry concluded earlier in 2021 that "pitiful returns" from music being streamed online were impacting the "entire creative ecosystem".

Following several hearings involving stars including Chic's Nile Rogers, Elbow's Guy Garvey, Radiohead's Ed O'Brien and solo singer Nadine Shah, as well as bosses from major record labels and streaming platforms, the inquiry found that artists are not being fairly rewarded for their work through streaming.

Ministers referred the market dominance of major record labels to the Competition and Markets Authority, but the BPI warned legislative intervention could "negatively impact performers, jeopardising the hard-won return to growth after years of decline".