Taylor Swift, Dua Lipa and The Weeknd among winners at iHeartRadio Music Awards 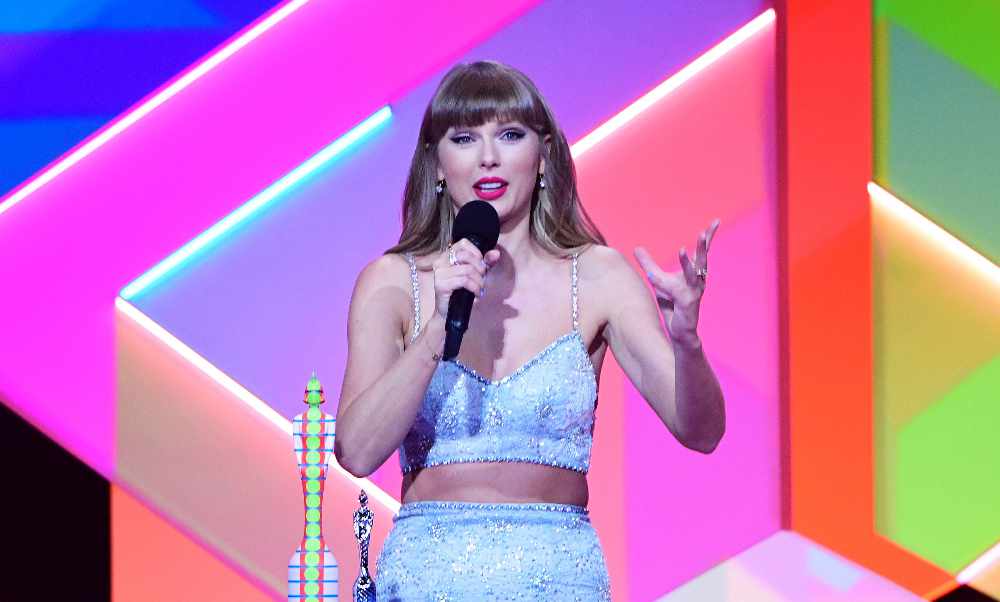 Taylor Swift, Dua Lipa and The Weeknd were among the winners at the iHeartRadio Music Awards (Ian West/PA)

Ariana Grande performed for the first time since marrying a real estate agent earlier in May.

Taylor Swift, Dua Lipa and The Weeknd were among the winners at the iHeartRadio Music Awards, which included a performance from the newly married Ariana Grande.

Pop star Grande, 27, tied the knot with Los Angeles real estate agent Dalton Gomez on May 15 during an intimate ceremony with fewer than 20 guests.

She showed off her wedding ring during her performance at the awards show in Hollywood, appearing on stage at the Dolby Theatre with The Weeknd for their duet Save Your Tears.

There was a masked, in-person audience at the event, which was hosted by R&B star Usher.

The biggest award of the night, song of the year, was won by The Weeknd for his hit Blinding Lights.

Accepting the prize, the Canadian superstar hinted at new music following the success of his most recent album After Hours.

He said: “The After Hours are done and the dawn is coming.”

Accepting the prize in a video message, Swift said: “I have to say thank you to the fans for making this album what it was because we all needed to escape into stories, whether it was movies or TV or film or music and the fact that you chose this album, I am so honoured by that.

There were live performances from Usher, Bruno Mars, Anderson .Paak and Doja Cat.

Megan Thee Stallion was the first winner during the televised ceremony as she picked up the award for best collaboration for Savage, her chart-topping track with Beyonce.

Sir Elton John  was honoured with the iHeartRadio icon award and was introduced to the stage by Coldplay frontman Chris Martin and hip-hop star Lil Nas X.

Brandi Carlile, Demi Lovato and H.E.R. performed a musical tribute to the veteran English rocker, with a medley of his hits Bennie And The Jets, Don’t Let The Sun Go Down On Me and I’m Still Standing.

As husband David Furnish filmed on his phone from the side of the stage, Sir Elton said: “It’s very touching and I’m very humbled because when I first came to Los Angeles in 1970, radio was so important, I’d never heard radio in America before because I’d never been here before. But it was just incredible to me.”

Sir Elton also told of his delight at seeing new stars coming through.

Turning to Lil Nas X, who has been praised for proudly discussing his sexuality in his music, Sir Elton said: “A special thanks to Lil Nas X, because he is a wonderful artist and has balls of steel.”