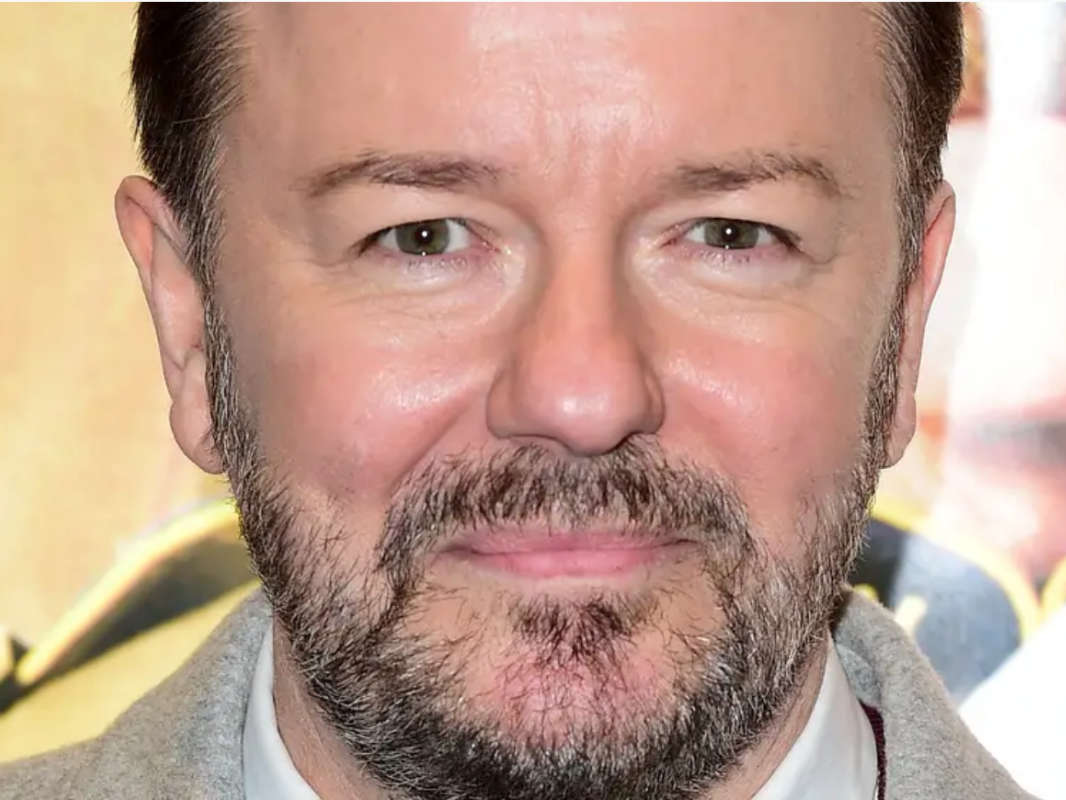 Ricky Gervais has said he is “gutted” there will be no more seasons of his hit Netflix show After Life, but it is right to “end on this high”.

The creator of shows including The Office and Extras has said for the first time in his career he “secretly” wanted to do a third series of the dark comedy.

The show secured the comedy prize at the National Television Awards in September, fending off competition from shows such as Sex Education, The Vicar Of Dibley and Friday Night Dinner.

The comedian and actor, 60, told the PA news agency:

“I never knew I’d do a third series. 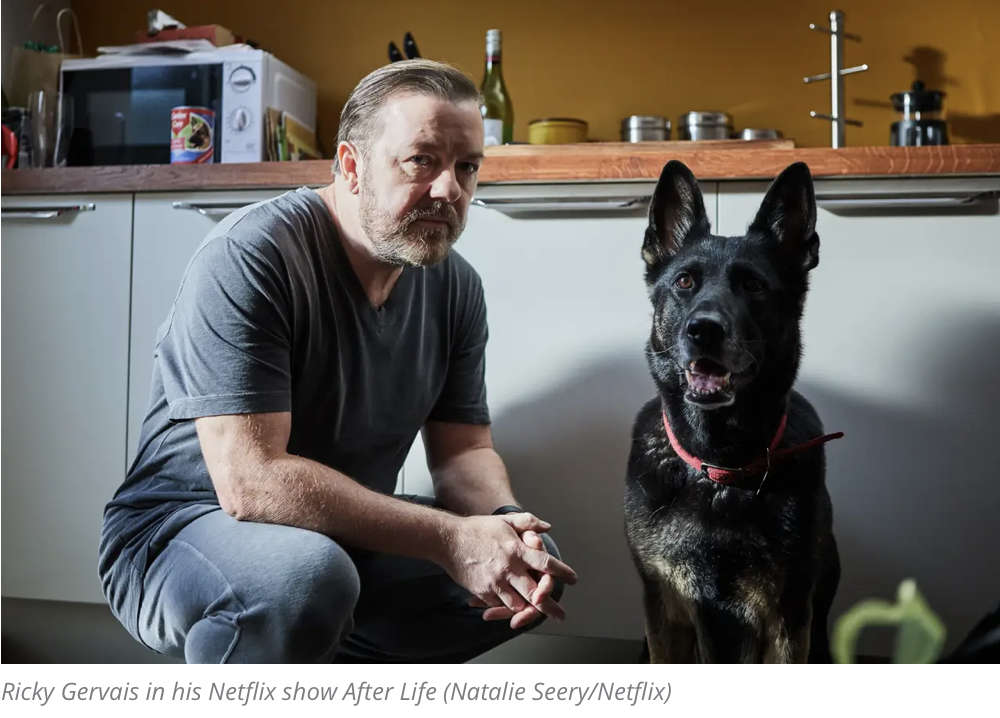 “I said to Netflix, ‘I’ll do one if the second series goes down a storm’, and I kept to that.

“I fell in love with this. And, secretly, for the first time ever, I did want to do a third, and I’m gutted that I’m not doing a fourth, really.

“But it’s the right decision.

“It makes so much sense to do a fourth. It’s at the top of its game and people love it, the money goes up.

“But I think it’s right, artistically, to end on this high.”

However, the comic added that a Christmas special was “so tempting” and “never say never”. 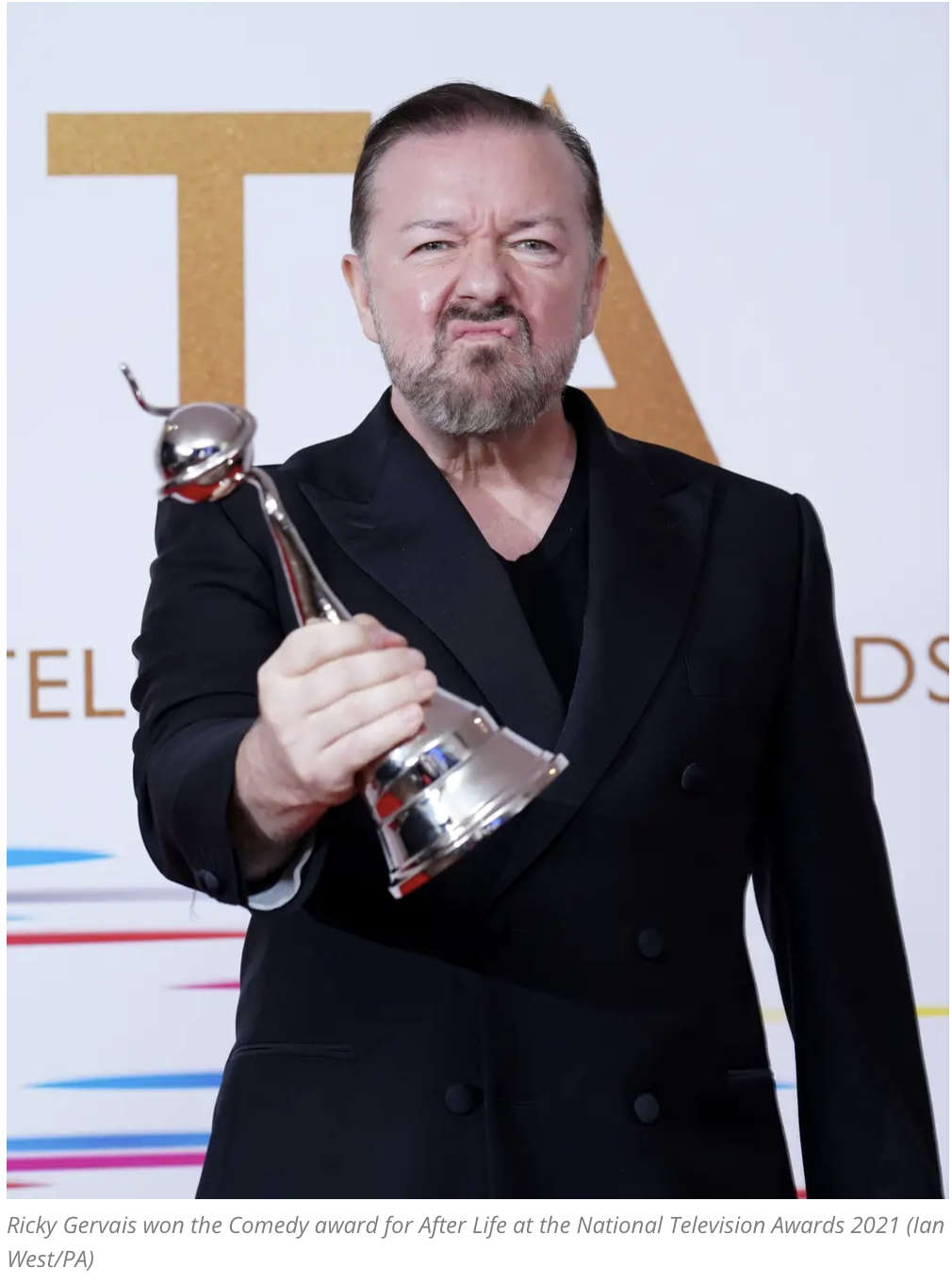 The cast began filming in April last year after announcing the comedy drama would get a third outing when Gervais signed an overall deal with the streaming giant.

“I love working with (this cast) – but I’m going to work with them.

“And that is a big issue; I love working with people I like. I don’t want to go through hell, hate everything, to win an award.

“But I want it all. I want people to love it, I want awards, I want to be paid, I want to have the best time, every day, with all my mates,” Gervais said. 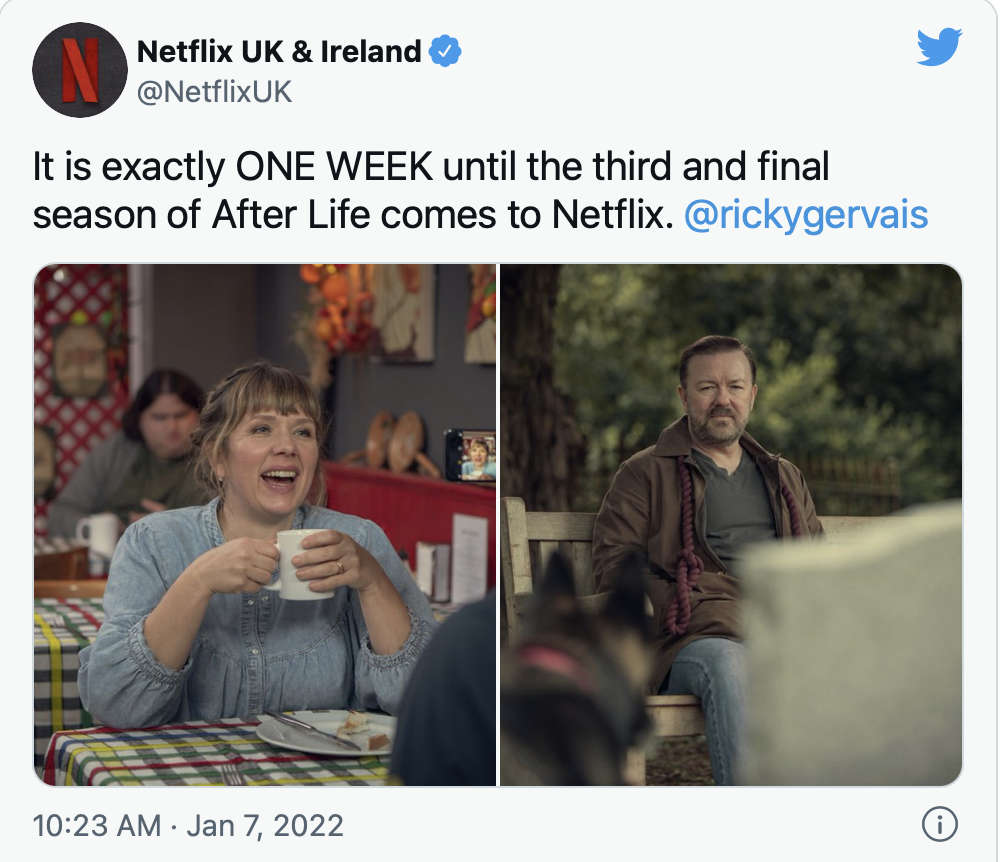 Series two of After Life, which stars Gervais as a widower plunged into almost unbearable grief following the death of his wife, launched in April 2020.

“I think it’s beautiful that life is finite, that, as I say, you don’t exist for 13 and-a-half billion years, you’re born, you have these 80, 90, years, if you’re lucky, and you die, never to exist again, and you’re forgotten.

“I think that’s probably the biggest single change in series three to the first two, that infused with the idea that hope is everything.

After Life season three launches on Netflix on January 14.