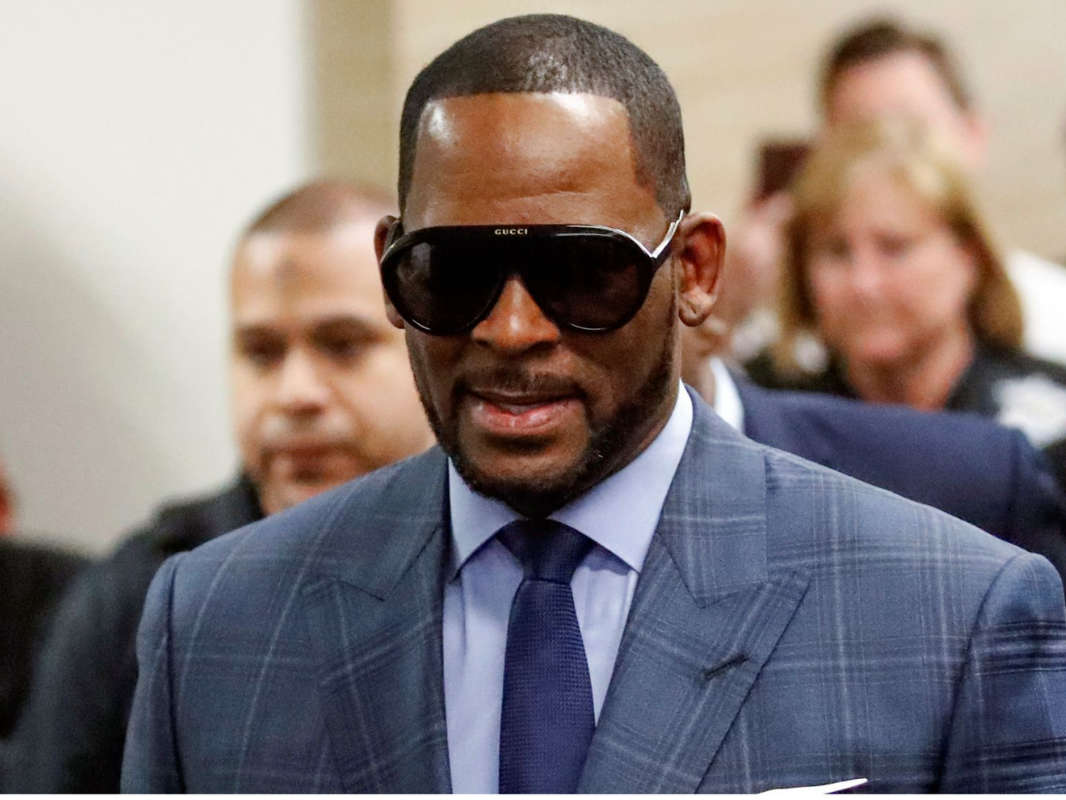 Federal prosecutors in the US have recommended that R Kelly serves at least 25 years behind bars for sexually abusing women and girls.

The disgraced R&B superstar was found guilty of racketeering and trafficking at a sex abuse trial in New York last year.

Several accusers testified during the trial, alleging that Kelly subjected his victims to perverse and sadistic abuse when they were underage.

In a sentencing memo filed on Wednesday, prosecutors stated the I Believe I Can Fly singer "preyed upon children and young women for his own sexual gratification" for decades and "relied upon his fame, money and popularity" to do so.

"He continued his crimes and avoided punishment for them for almost 30 years and must now be held to account," they added.

At the time of his verdict, Kelly said he planned to appeal the ruling but not until he was handed his sentence.

His lawyers have argued that he deserves a maximum of about 17 years in prison under federal sentencing and it was initially reported that he could face up to 20 years.

But in their memo, prosecutors highlighted the seriousness of his offences describing them as "calculated, methodical, and part of a long-standing pattern" and cited the risk that he would commit more crimes if he was let out.

"The government has little doubt that if afforded an opportunity to offend again, the defendant would do so," they wrote.

"He poses a serious danger to the public. His actions were brazen, manipulative, controlling and coercive. He has shown no remorse or respect for the law."

Among multiple sordid allegations, jurors heard testimony about a fraudulent marriage scheme hatched to protect Kelly after he feared he had impregnated R&B artist Aaliyah in 1994 when she was just 15.

Witnesses said they were married in matching jogging suits using a licence falsely listing her age as 18, while he was 27 at the time.

In the sentencing memo, prosecutors said Kelly "gathered members of his enterprise to help him carry out the bribery of a government official so that he could fraudulently and surreptitiously marry Aaliyah" to try and "conceal the abuse and avoid punishment".

What do Kelly's lawyers say?

A competing defence memo suggested the arguments for a higher sentence overreached by falsely claiming the 55-year-old participated in the bribery of "a public aid officer to produce an identification card" that allowed the sham marriage to go forward.

Kelly's lawyers also said it was wrong to assert he should get more time because he sexually abused one of his victims - referred to in court as "Jane" - after her parents innocently entrusted him to help her with her musical career.

"The record shows that Jane's parents directed Jane to lie to the defendant about her age and then encouraged her to seduce him," the papers say.

Kelly is due to be sentenced on 29 June and he will face a second trial in August that could see additional convictions and prison time.

In that case, he is accused of possessing child pornography and obstruction of justice.