Neighbours: How A Schoolgirl Getting In Trouble Helped Turn Neighbours Into A TV Phenomenon 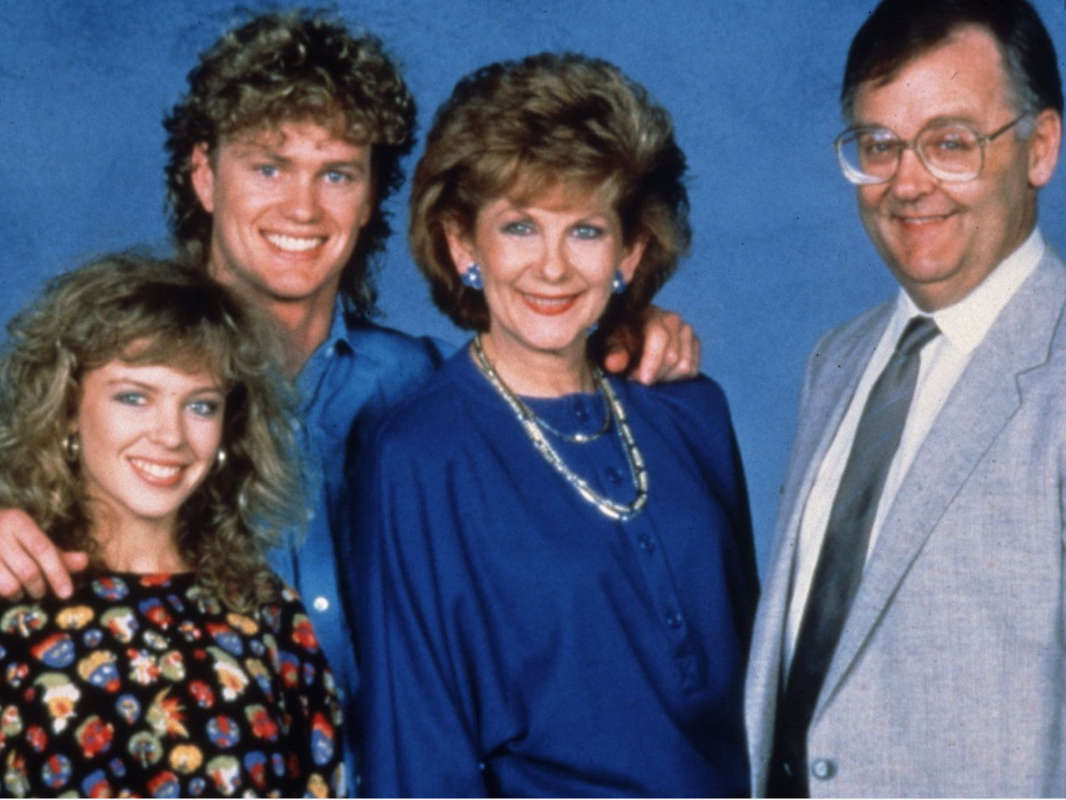 For many of us who grew up in the '80s and '90s, making sure we were plonked in front of the TV ready for 5.35pm every weekday was non-negotiable.

After a hard day's school, Blue Peter, Grange Hill, Byker Grove were all in the teatime viewing mix, but nothing commanded eyeballs more than Neighbours.

While the show wasn't a huge success in its native Australia - which had more channels than just the four in the UK at the time, so more competition - the trials and tribulations of the residents of the seemingly perennially sunny Ramsay Street had teenagers here hooked. 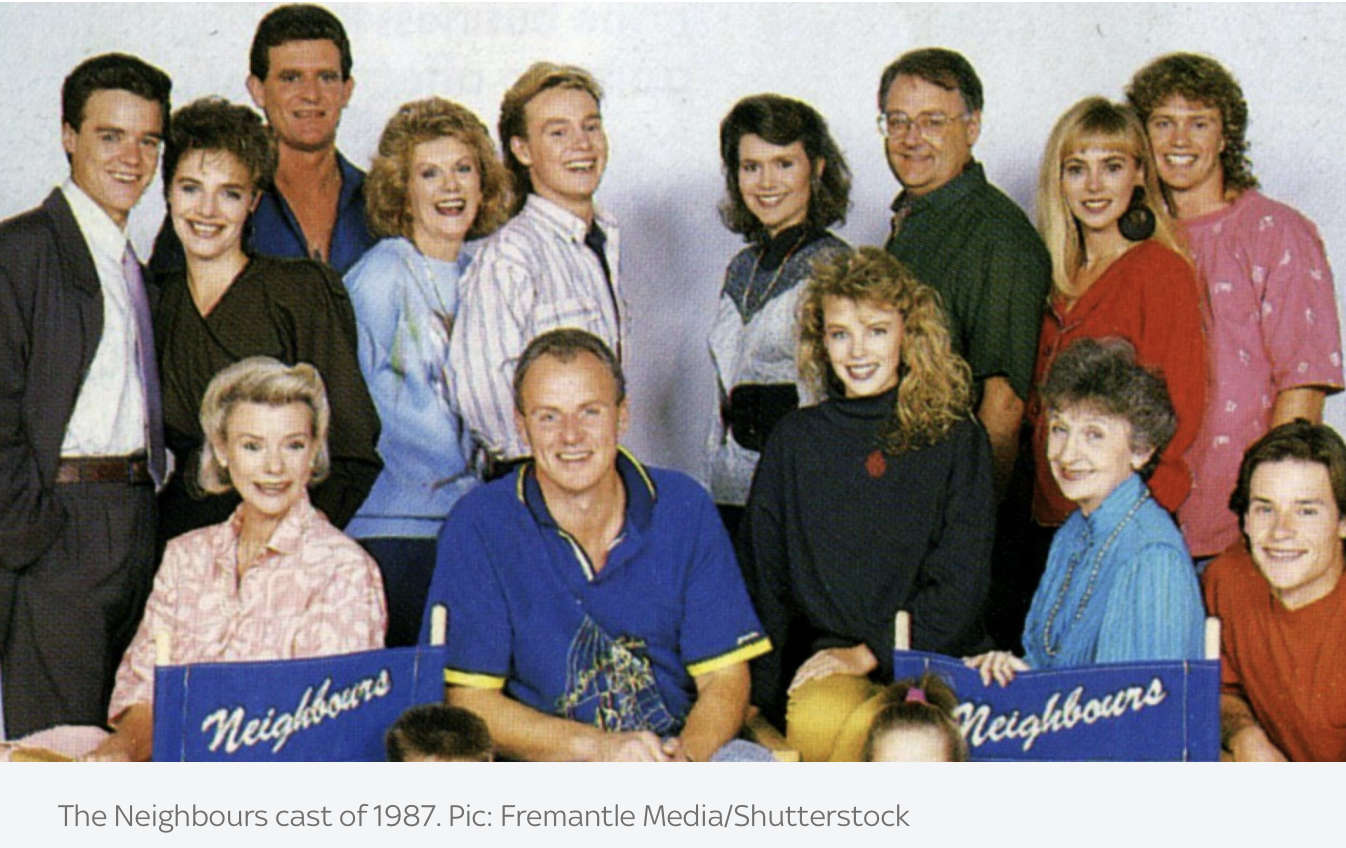 Launched on the BBC in the UK, the show moved to Channel 5 in 2008 and viewing figures had been in long-term decline when the decision was made to axe the soap earlier in 2022. At its height though, the numbers reached almost 20 million - levels now all but reserved for World Cup finals and royal weddings, or the prime minister announcing an unprecedented national lockdown.

But it could all have been so different.

Neighbours arrived on BBC 1 in October 1986 thanks to Michael Grade, now Lord Grade, who was controller of the channel at the time. With a budget to open up the daytime schedule, he decided another soap opera (EastEnders had launched in 1985) would help fill the air time, and set about searching for the perfect series to perhaps offer a lighter alternative to the gritty setting of Walford.

"We set about a search all around the world looking for a soap opera," Lord Grade tells Sky News. "And it resulted in two Australian shows - we looked in America and everywhere - two Australian shows and one of them was Neighbours. And the head of daytime [TV] and I looked at Neighbours, and we said, that's the show."

Focusing initially on the Ramsay and Robinson families, Neighbours had launched in Australia the previous year, with characters including Jim Robinson (Alan Dale) and his sons Paul (Stefan Dennis) and Scott (initially played by Darius Perkins before Jason Donovan took up the role), as well as Des Clarke (Paul Keane) and Daphne Lawrence (Elaine Smith). Kylie Minogue made her first appearance as Charlene in Australia in April 1986.

Lord Grade scheduled it for two slots on BBC1: 9.25am, after breakfast TV, and 1.35pm, after the lunchtime news.

"And nothing much happened," he says. Until one day, his then teenage daughter Alison returned home from school to break the news she'd had a telling off.

"I was at home one day and my daughter [who] was at school age, said, 'Ooh, I got into trouble at school today, Dad'. I said, 'You in trouble. What?'... 'Oh, we all got caught... we should have been in the playground [but] we were in a room watching television'." 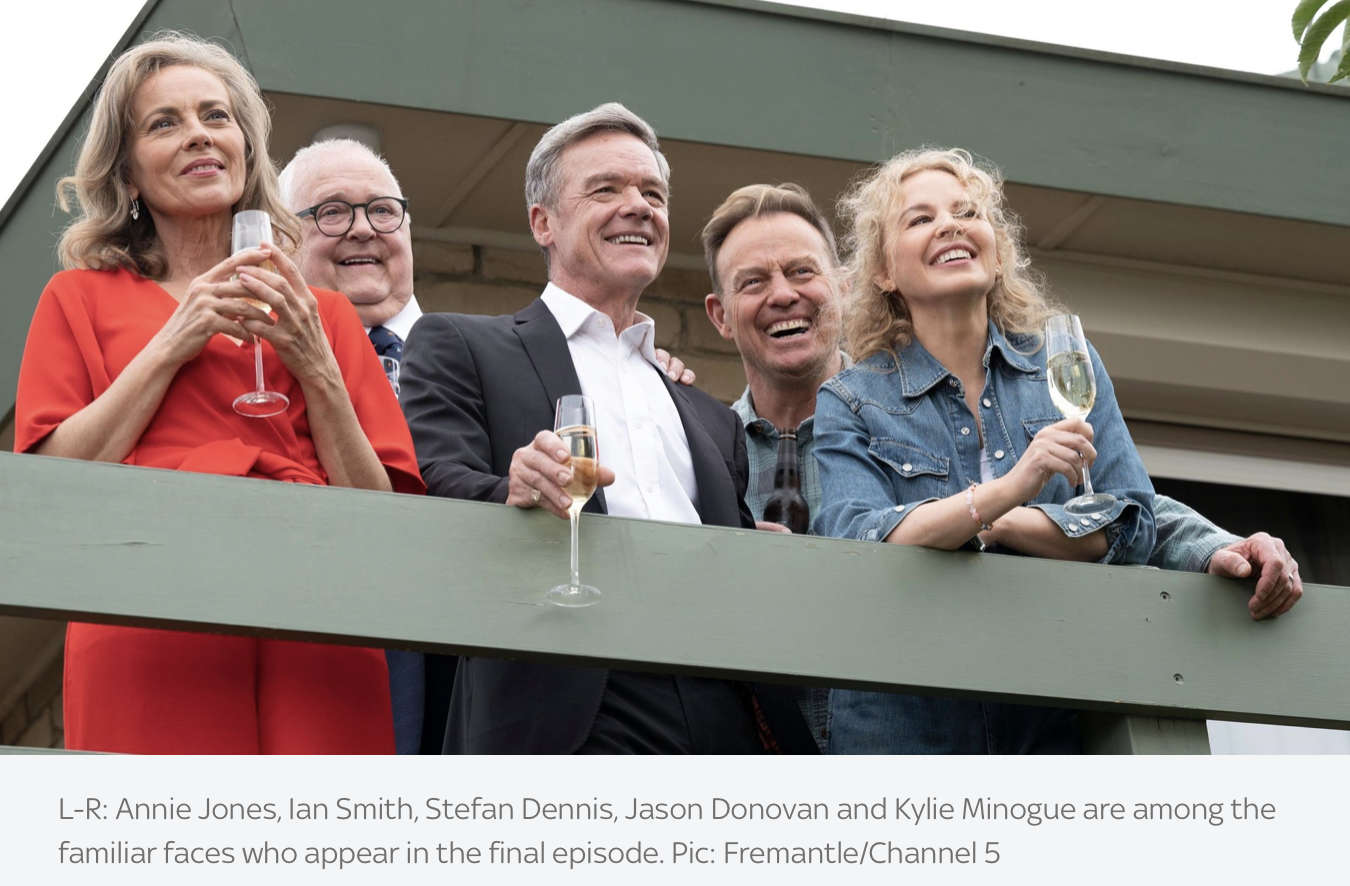 Being the controller of the BBC at the time, his first instinct was curiosity about what TV show had been so important that it couldn't be missed.

"We're all watching Neighbours," she told him. "We can't watch it, because we're..."

Because they were at school; 9.25am and 1.35pm slots were no good for the younger audience the soap clearly appealed to. This was vital audience research from an audience of one.

"I went into the office the next day," says Lord Grade. "I said, 'We're moving Neighbours to 5.35pm, so the kids can watch it when they come home from school'. And the rest is history, as they say." 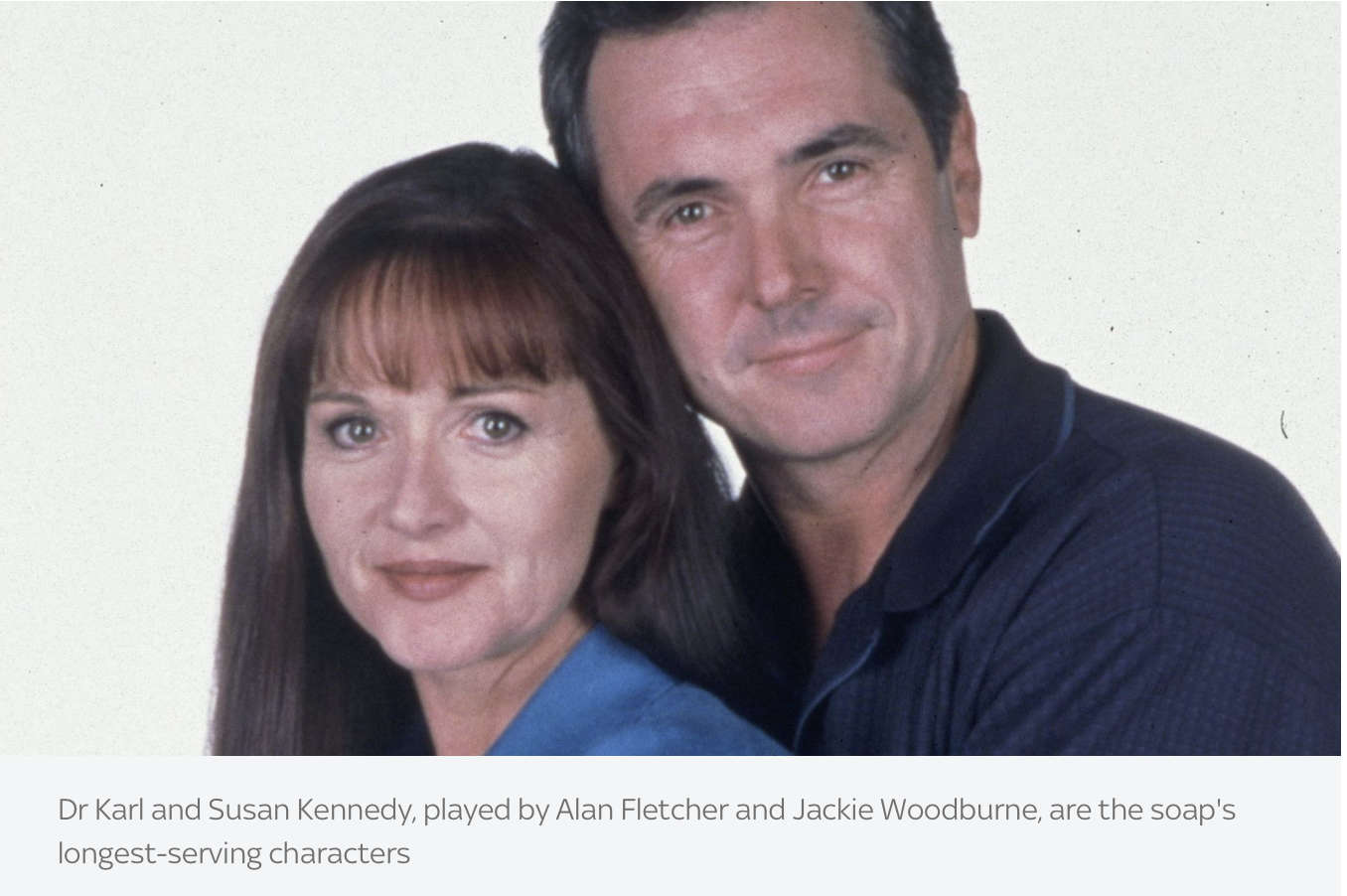 Viewing figures soon shot up, culminating in the nearly 20 million who tuned in for Scott and Charlene's wedding. And in the years afterwards we followed the twists and turns in the relationships of our favourite Ramsay Street couples, from Beth and Brad, Joe and Kerry, and Libby and Drew, to Susan and Karl, Madge and Harold, and Dee and Toadie. In more recent years, the soap featured its first same-sex wedding, of David and Aaron.

"It was a phenomenon," says Lord Grade, who is now the chair of Ofcom. "The basis of all the stories, I worked out, they're really all fairy tales, you know: Cinderella, the ugly sisters, the wicked uncle. It's all in our folklore, but brought up to date in the sunshine.

"At that time there was more competition in Australia than there was here... so it got a terrific head start, and once you get hooked into a soap, you're hooked. And this show hooked them, very, very, very quickly."

No one could have predicted the show's success in its early years. "People in television, they tell you they know," says Lord Grade. "They don't know. The audience decide in the end... Brookside, one of the great soaps of Channel 4, came to a natural end. It didn't sustain. Some shows do. Some shows last forever."

But it wasn't to be for Neighbours.

After 37 years and 8,903 episodes, it is all finally due to end in what will no doubt be tear-jerking scenes. Many old faces will return to Ramsay Street, including Minogue, Donovan, Guy Pearce, Natalie Imbruglia and the reported current highest-paid actress in Hollywood Margot Robbie  - testament to the love and gratitude they have for the series that set them on the path to stardom.

It's the end of a TV era. But who knows? If it wasn't for one teenager getting hooked, the perfect blend might have ended a whole lot sooner.