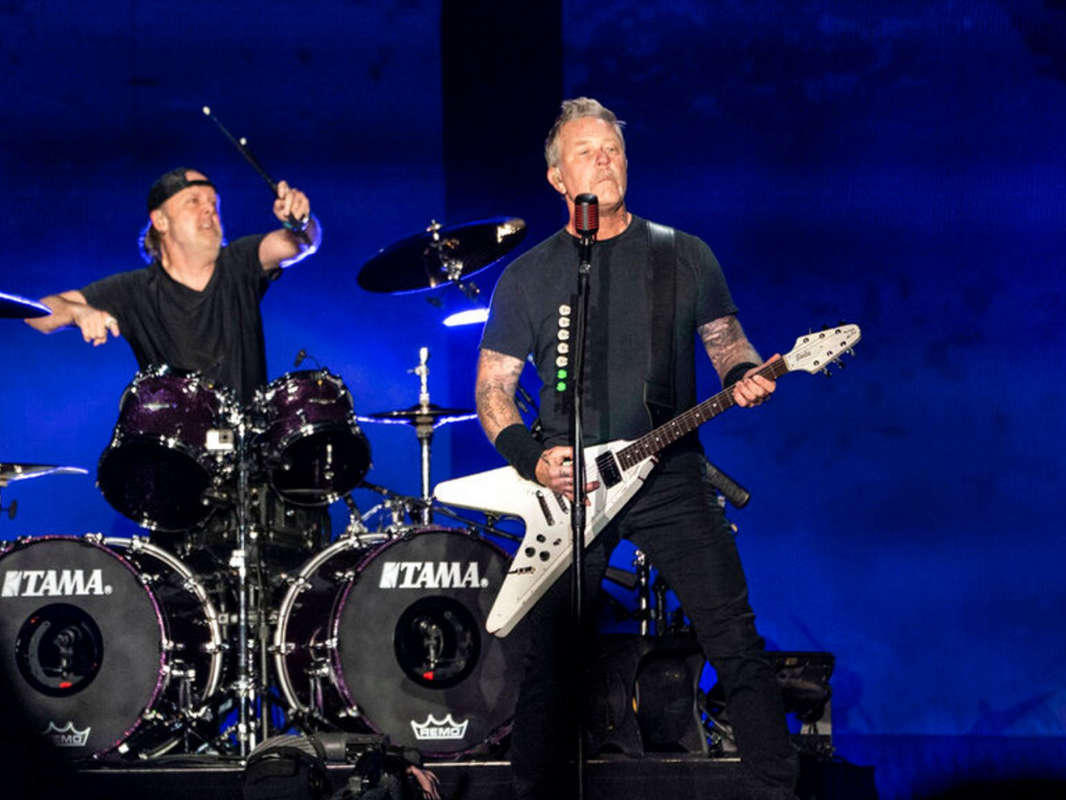 Metallica, pictured performing in 2021, have shared details of the birth with fans. Pic: Amy Harris/Invision/AP

Supermarkets, cars and lifts are just some of the unusual birth places reported for babies who have made speedy entrances into the world.

But one newborn in Brazil now surely lays claim to the most rock 'n' roll arrival of all time.

Two-day-old Luan Figueiró was born at a Metallica gig at the Couto Pereira stadium in Brazil's southern state of Parana - to the sound of Enter Sandman, according to his mum.

Metallica have shared details of the birth with their 8.2 million followers on the band's Instagram Stories.

Joice M Figueiró, who bought tickets to the show three years ago, said she was 39 weeks pregnant and sitting in a special area for the show when her contractions began during Metallica's set.

With just three songs left to go, the plan was to take her to hospital by ambulance - but "there was no more time".

Sharing the news in posts written in both Portuguese and English on Instagram, Ms Figueiró says her son was "born right there" in the stadium as the band's biggest hit, Enter Sandman, played.

"The whole day was very crazy," she said, adding that she had joked the little boy's name would be James Ulrich - after Metallica frontman James Hetfield and drummer Lars Ulrich.

Ms Figueiró said she had received lots of messages about her son's birth and thanked well-wishers for their support.

"I'm great physically and trying to understand how this happened," she wrote. "Thank you for everyone's love and concern."

It was an unusual welcome into the world, but little Luan is not the first baby to be born at a gig.

In 2019, a woman gave birth during a Pink gig at Liverpool's Anfield stadium - and reportedly went on to name the little girl Dolly Pink.