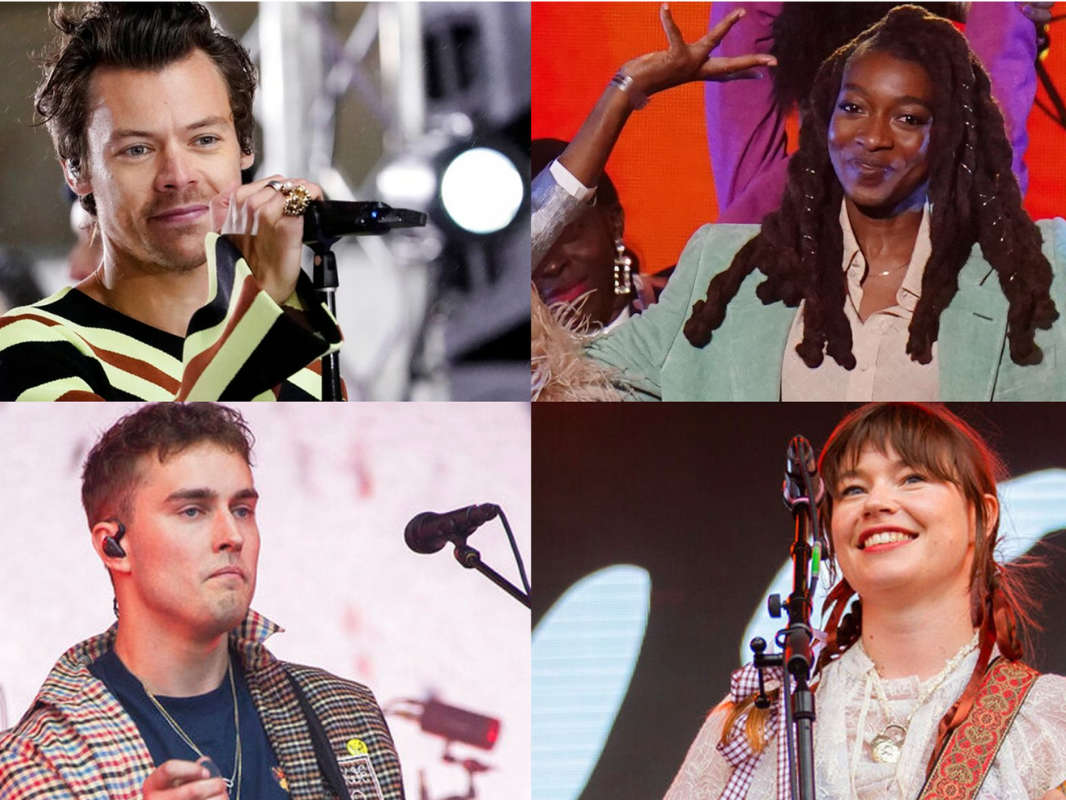 Chart-topping acts including Harry Styles, Sam Fender and Wet Leg are among the nominees revealed to be in the running for this year's Mercury Music Prize.

The 2022 shortlist also features rapper Little Sims, who is nominated for the second time for her fourth album Sometimes I Might Be Introvert, and the collaborative album For All Our Days That Tear The Heart by Irish actress Jessie Buckley and songwriter Bernard Butler - who previously won with Suede in 1993.

Former One Direction star Styles is in the running for his third solo record Harry's House, cementing his leap from boybander to critically acclaimed artist in his own right. 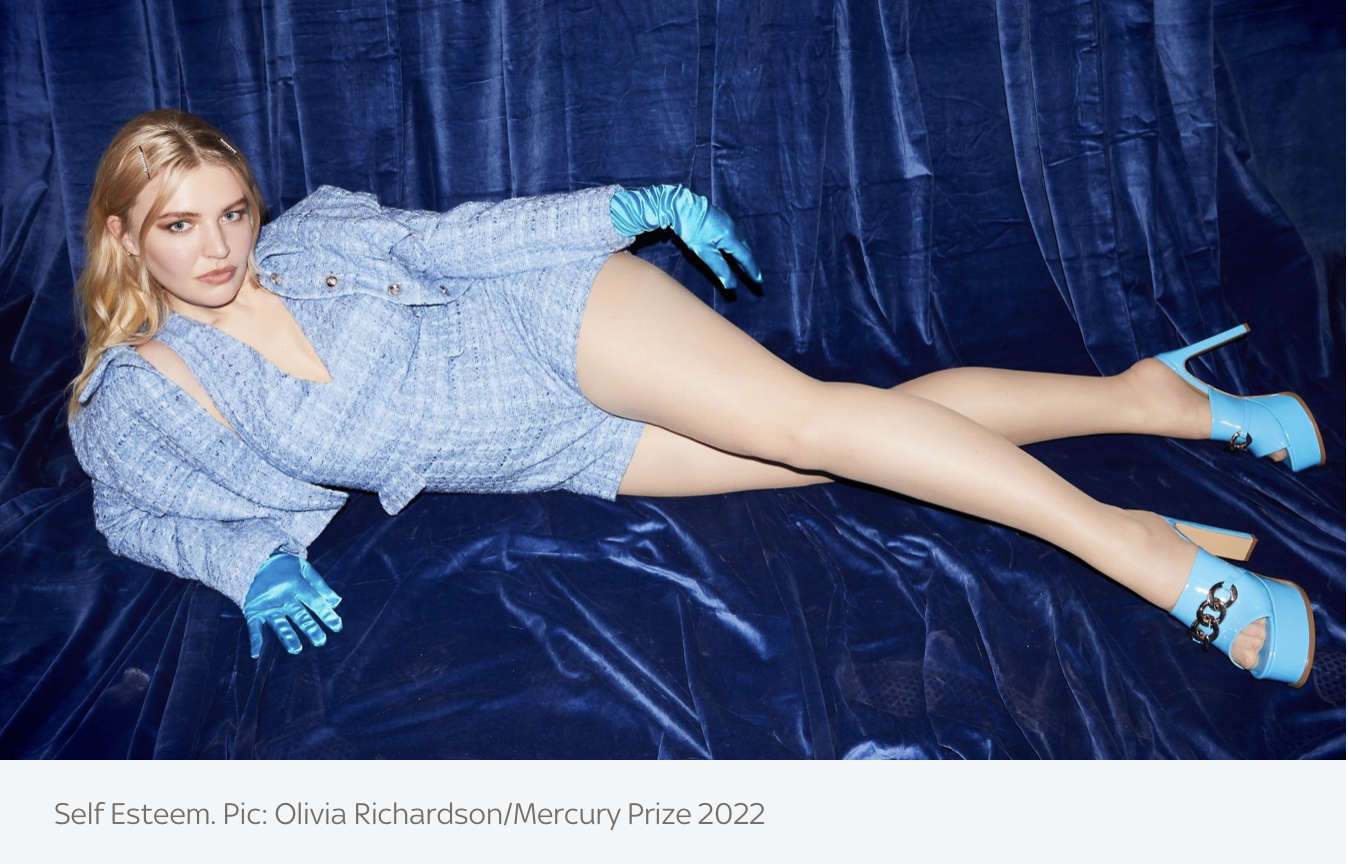 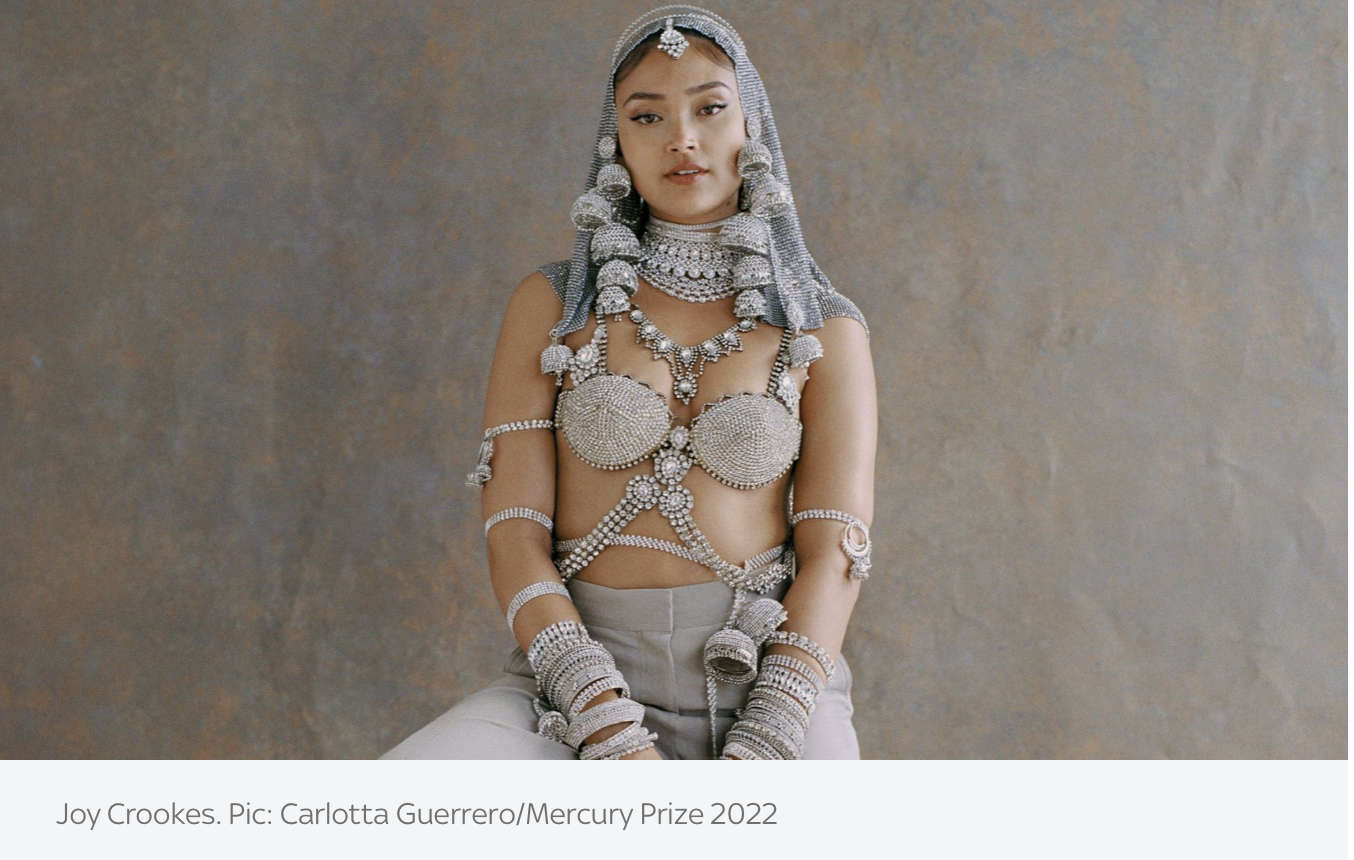 Fender, who won praise for his set on the Pyramid Stage at Glastonbury in June, is nominated for his second album Seventeen Going Under.

Rock duo Wet Leg are among several acts who have made this year's shortlist with debut albums, along with Yard Act, Kojey Radical and Joy Crookes. 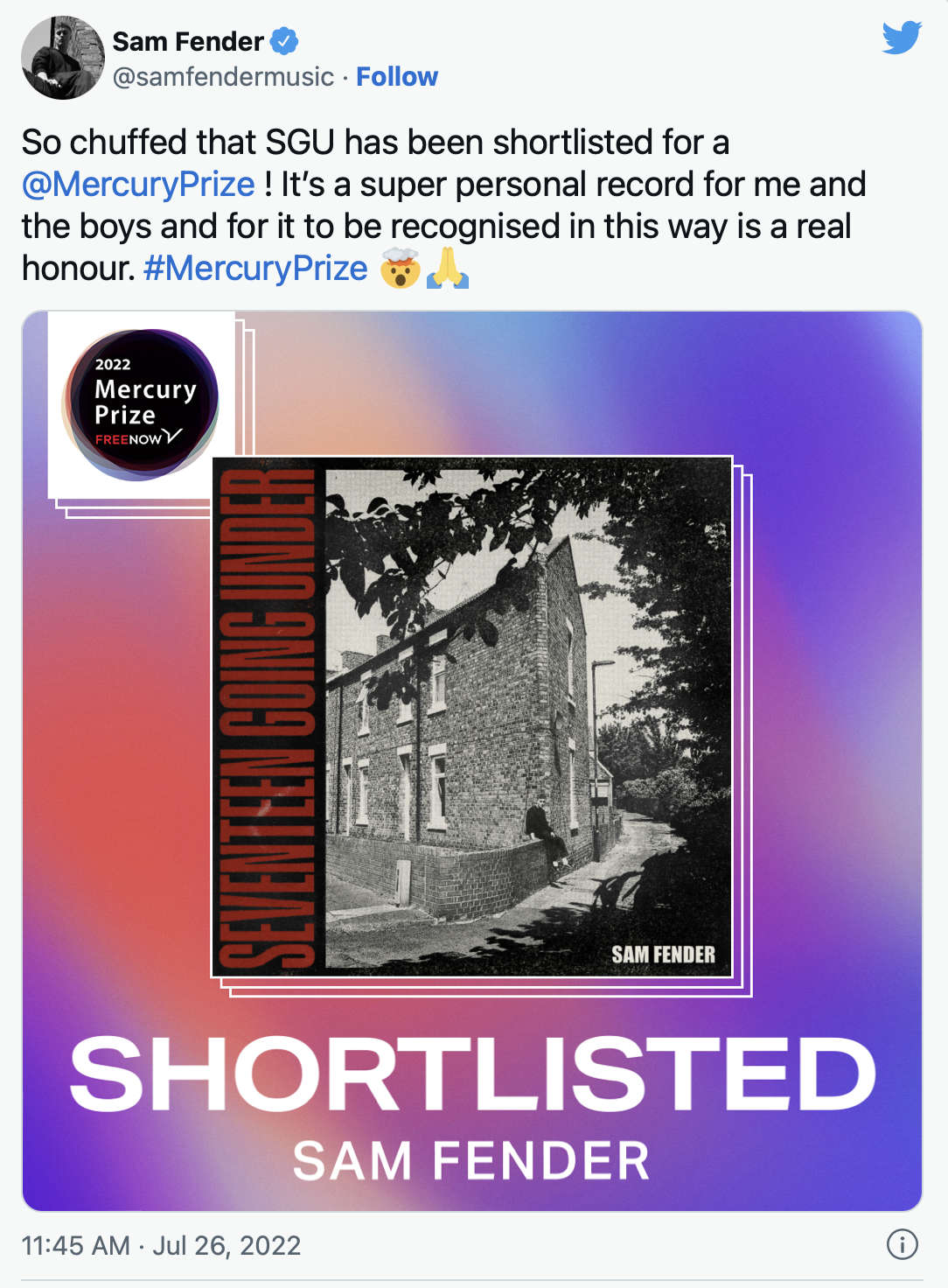 Speaking to Sky News at the nominations event, Self Esteem - real name Rebecca Lucy Taylor - said she made her album with the goal of being shortlisted, so the announcement came as a relief.

"I set out to do five things with this record and getting a nomination for this was one of them. And it's the last thing I needed to achieve on this list of things I wanted, and that feels very chuffing. I'm very like, 'Oh, okay, I'm kind of limitless. I can do anything!' It's quite exciting and terrifying."

Set up in 1992, the Mercury Prize celebrates music by British and Irish acts and recognises the 12 best albums of the year. Bands including Arctic Monkeys, Pulp and Primal Scream have all won the prize, with recent winners including Arlo Parks, Michael Kiwanuka, Dave and Wolf Alice. 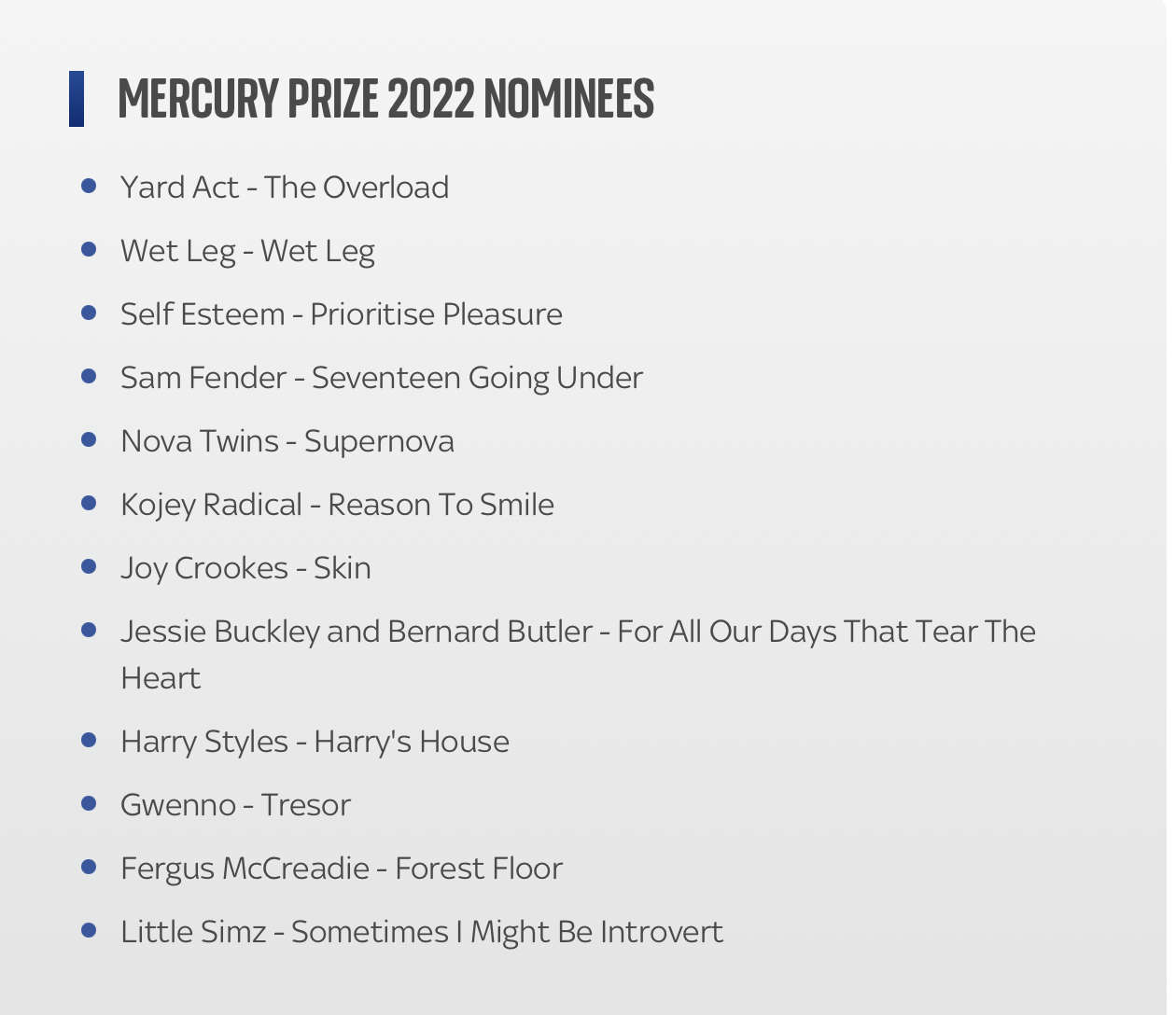 Butler, who won the award with Suede almost 30 years ago, joked that he is "way too old for this to be happening again".

"You just think, wow, this can happen twice... I feel lucky, I feel grateful that I'm still doing what I do and that people connect to it. I get to meet great people who take a leap of faith in me, people trust me. And Jessie trusted me. I'm really grateful for that happening.

"The other day, somebody literally drove past me on the street and was playing one of our songs, really loud out of their car... at first I thought, 'who's that noisy person?'... and then, 'oh, my God, I know that song. That stuff's mad. And the fact that's happened to me more than once in this long is.... I'm blessed."

Buckley, who was nominated for best supporting actress at the Oscars earlier this year, said she felt "lucky" to be in the position of working in different fields.

"I really like making things," she said. "And I like putting myself in unknown spaces and finding something out about the world and about myself, and having a new perspective on life... I feel very, very lucky that I get to just get into that kind of sandpit and see what happens."

The Nova Twins said being shortlisted for the prize had been a "dream" since they started making music together, while Crookes said it was "amazing" and that she had not had time to fully process the news since finding out. 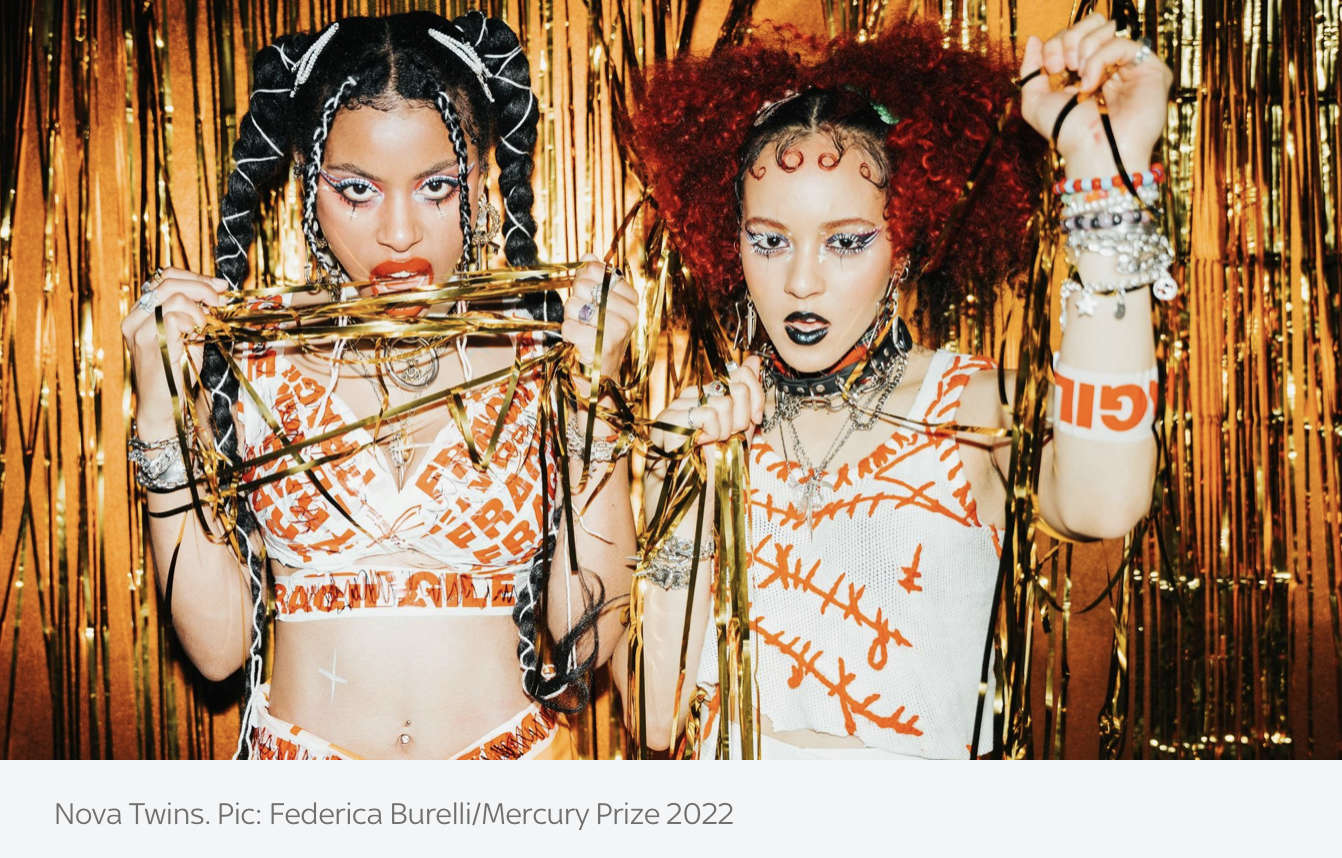 The Mercury Prize is known for championing a range of different musical genres and artists throughout all stages of their careers, from newcomers to veterans.

Radiohead are the most nominated act, with five nods but no wins, while PJ Harvey is the only artist to date with two wins - from four nominations. Arctic Monkeys and Laura Marling have also made the shortlist four times each, with Arctic Monkeys winning once for their debut album Whatever People Say I Am, That's What I'm Not, in 2006.