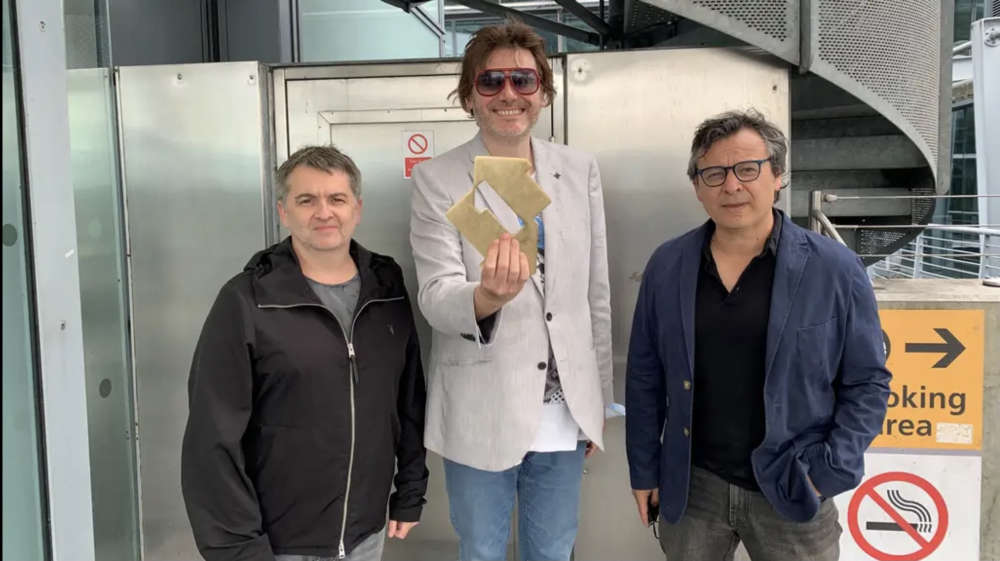 The Welsh rock band went head to head against Steps this week for the top spot.

Manic Street Preachers have claimed their first number one album in 23 years after a close battle against Steps for the top spot.

The Welsh rock band secured 27,000 chart sales for their 14th studio album, The Ultra Vivid Lament, according to the Official Charts Company.

But only 2,000 charts sales separated them from Steps’ new release What The Future Holds Pt. 2.

In September 1998, they also competed for number one in the album charts, on that occasion Manic Street Preachers’ This Is My Truth Now Tell Me Yours beat Steps’ Step One by 95,000 sales.

Manic Street Preachers told OfficialCharts.com: “It’s amazing to be back at Number 1 after 23 years – it was a titanic chart battle and we are absolutely over the moon.

“Thanks to all our fans, supporters and Sony for keeping the faith.”

Two more new releases have made the top five with Dark Matters by rock band The Stranglers taking fourth place, their first top 10 album since 1990, and indie rock band The Vaccines coming in at number five with Back In Love City.

Arlo Parks’ debut studio album, Collapsed in Sunbeams, also re-entered the top forty at number 36 after winning the Mercury Prize for best album last week. It has had a 253% uplift since the win, according to the Official Chart Company.

Ed Sheeran’s Bad Habits has finally lost its pole position on the singles chart after 11 weeks at the summit due to the release of his new track Shivers.

The track, which was released on September 10, has accumulated 59,000 chart sales to become Sheeran’s 11th number one single.

This is Sir Elton’s first top-five single in 12 years since 2009’s Tiny Dancer (Hold Me Closer) with Ironik and Chip.

West London rapper Central Cee takes the fifth spot on the singles chart with his new release Obsessed With You.