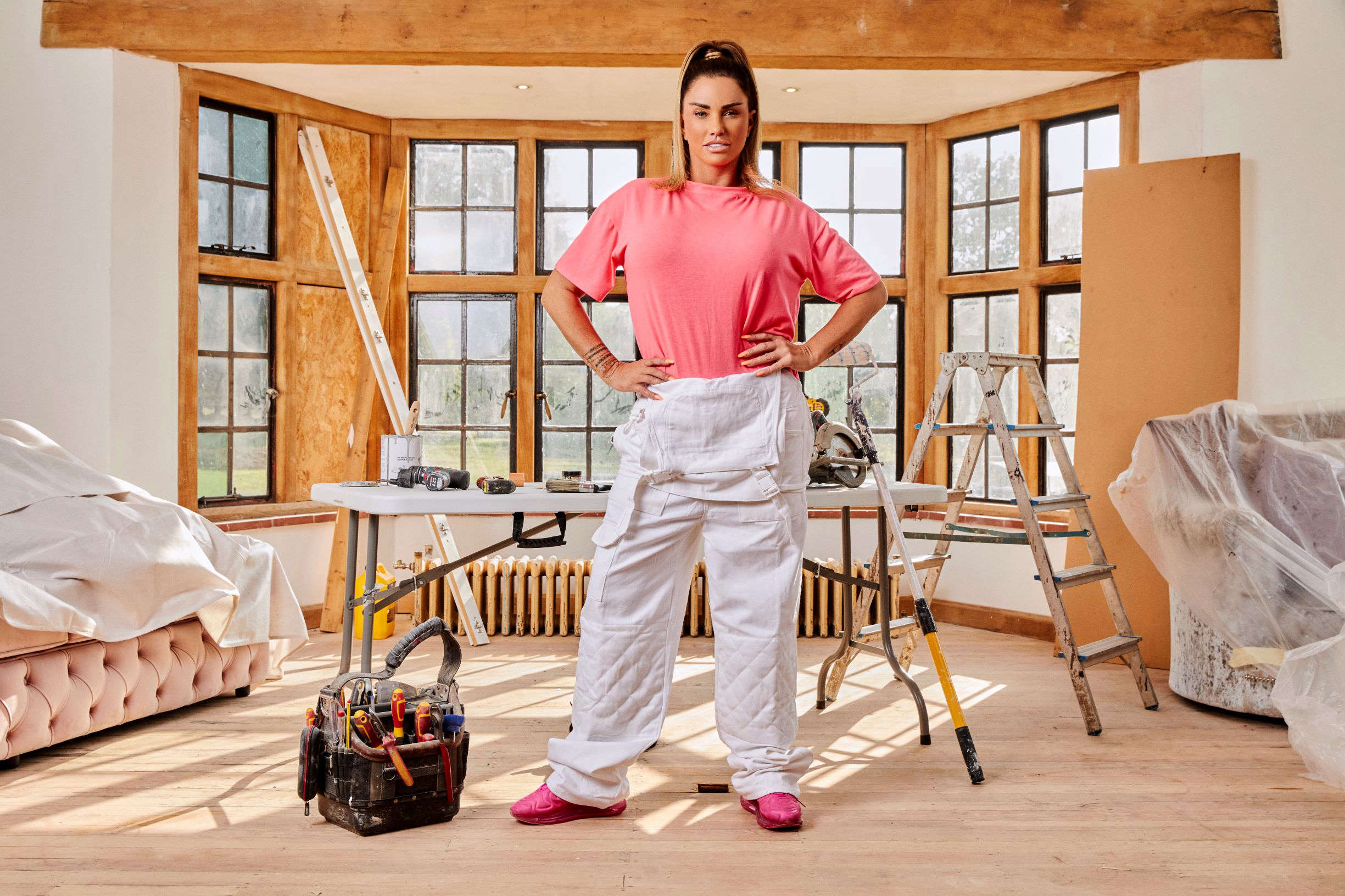 The reality star will also be the subject of a documentary about trauma.

Katie Price smashes a chimney pot and knocks the guttering off her roof in a first look at a new Channel 4 series about her “mucky mansion”.

The TV star, 43, will be seen renovating her 10-acre, 19-room property in the new show, after it fell into disrepair.

Katie Price’s Mucky Mansion will follow Price and her family as she attempts to put bad memories and traumatic events behind her and create a happy home.

It is not without its difficulties, as first-look clips show Price at the top of a cherry picker, where she accidentally drops a chimney pot off the roof, knocking the guttering off the side of the house in the process.

Another clip shows her in a gardening centre with son Harvey where she buys artificial turf to be used as wallpaper for her son Jett’s bedroom.

Price, who was recently spared jail for drink-driving, will also been the subject of a one-off documentary, Katie Price: Trauma And Me, which will explore her struggles with her mental health.

The reality star, who was handed a 16-week suspended sentence in December for drink-driving while she was disqualified and did not have insurance, has suggested “traumatic events” led to her car crash.

The documentary will explore the events that lead to her downward spiral and the consequences of her actions and will document the steps she is taking to rebuild her life, as well as feature some of those helping her to recover, according to Channel 4.

Price said: “My house has been called the Mucky Mansion in the past, but it’s not that any more, I’m making it a home.

“I’m getting my hands dirty and doing a lot of the work myself and, with the help of my amazing family and some brilliant friends, I’m putting the past behind me and rebuilding.

“In Katie Price’s Mucky Mansion, we see a different side to Katie and learn more about her battle with mental health, as well as seeing her close bond with her family. It’s compelling viewing.”