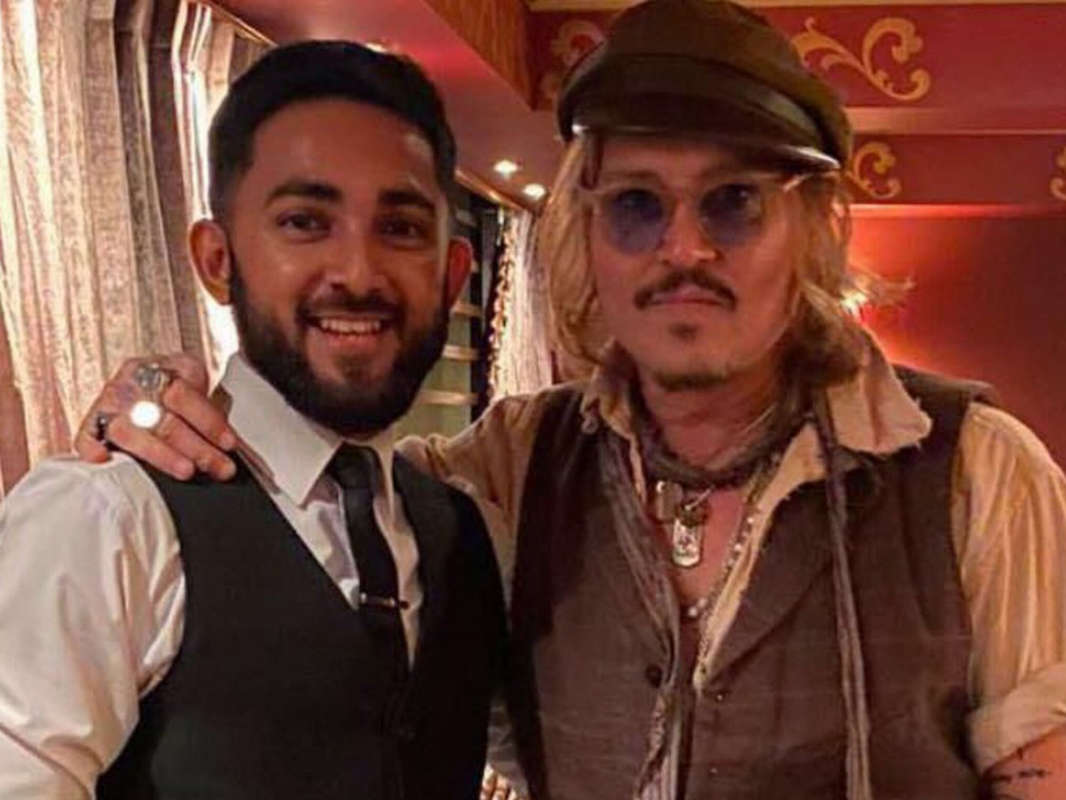 Johnny Depp is continuing his UK tour of seemingly unlikely venues to find a Hollywood star, booking out an entire Birmingham curry house in his latest pitstop.

The Hollywood actor ate at Varanasi, on the city's Broad Street, amid his ongoing string of appearances at gigs alongside musician Jeff Beck - having been seen in Manchester, Newcastle, Sheffield, Glasgow and Kent in recent days.

Depp's travels across the UK have taken place either side of the verdict in his US libel trial against ex-wife Amber Heard, where jurors found in his favour and awarded him $10.35million (£8.2million) in damages. 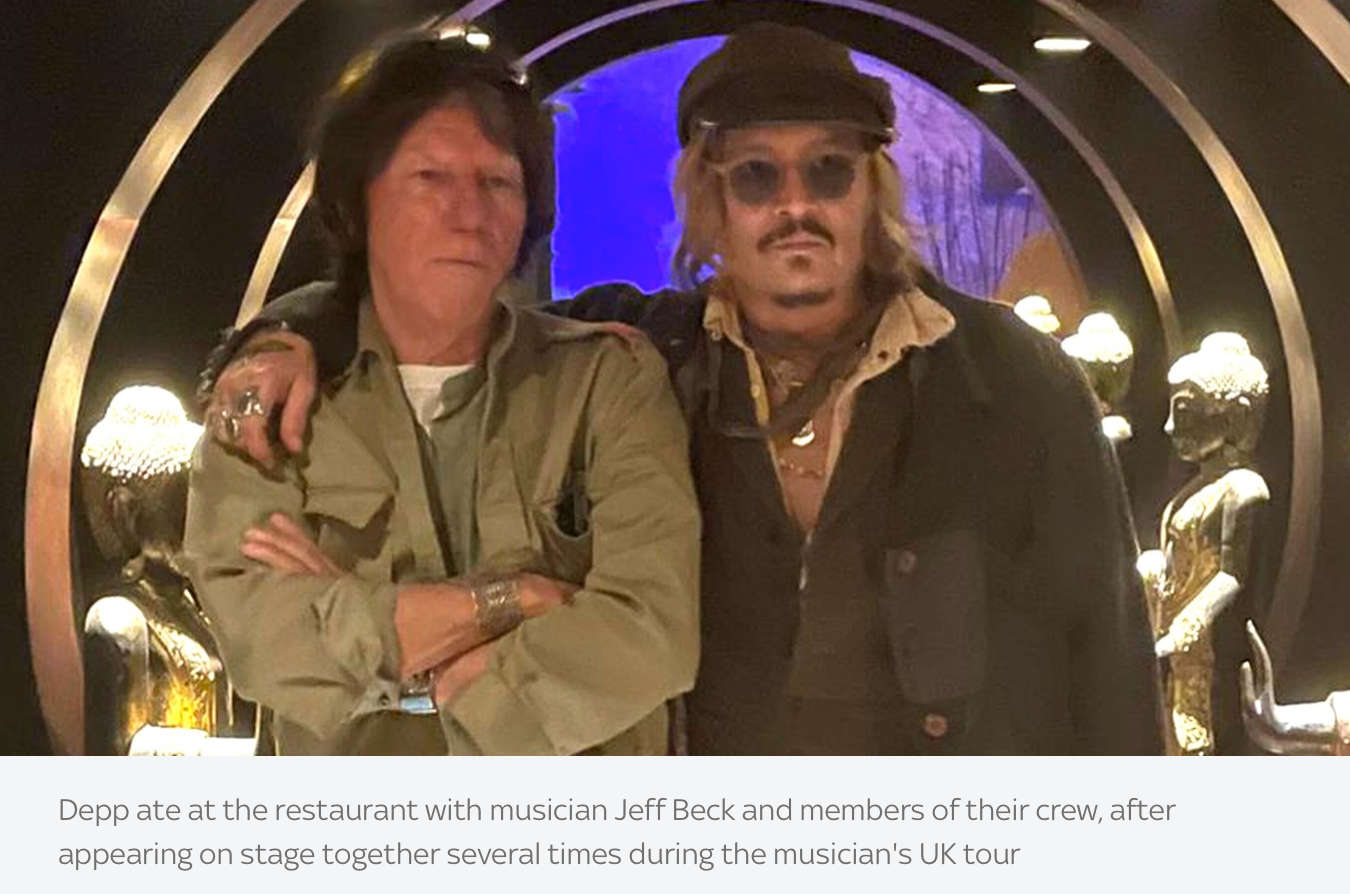 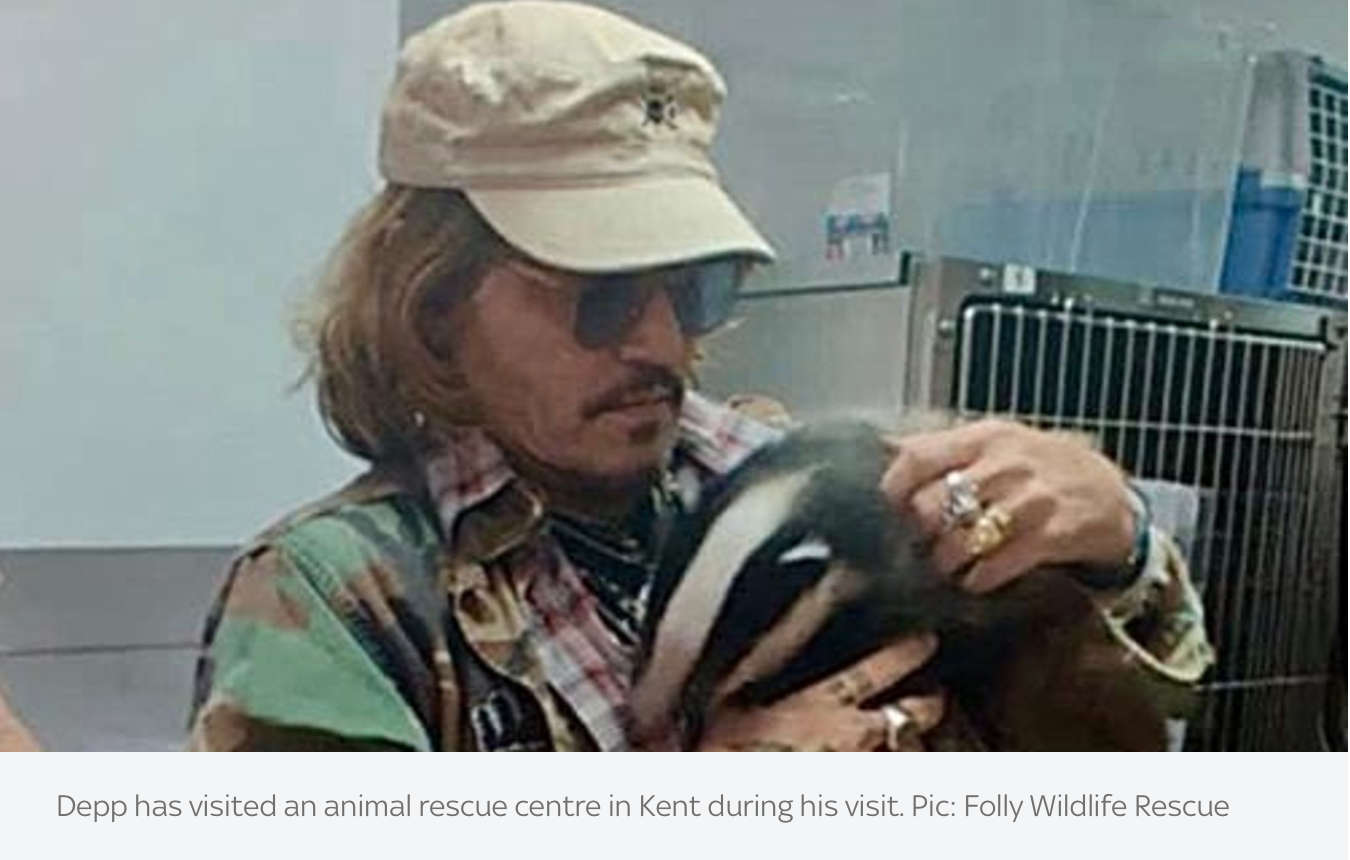 The 58-year-old was not in court for the conclusion of the case last Wednesday, opting instead to remain on tour with Beck - and is expected to appear on stage once again at the musician's Birmingham show at Symphony Hall on Monday night.

Having booked out Varanasi on Sunday, the actor was said to have left a "large tip".

Mo Hussain, operations director at the curry house, said Depp's security team had called to ask if they could take a look around the venue in the afternoon, before booking the entire 300-cover restaurant for that evening.

Depp and Beck then arrived with around two dozen members of their tour crew and ate a three-course dinner of chicken tikka shashlik, vegetable samosas and a king prawn starter.

Mr Hussain said Depp spent time "hugging, kissing and having photos taken" with members of staff, along with friends and family members of the restaurant bosses.

"He was very humble, and he stayed to talk and greet everyone. He met my three daughters and they made him give them a few one-liners from his movies. He did 'you're weird' from Charlie And The Chocolate Factory." 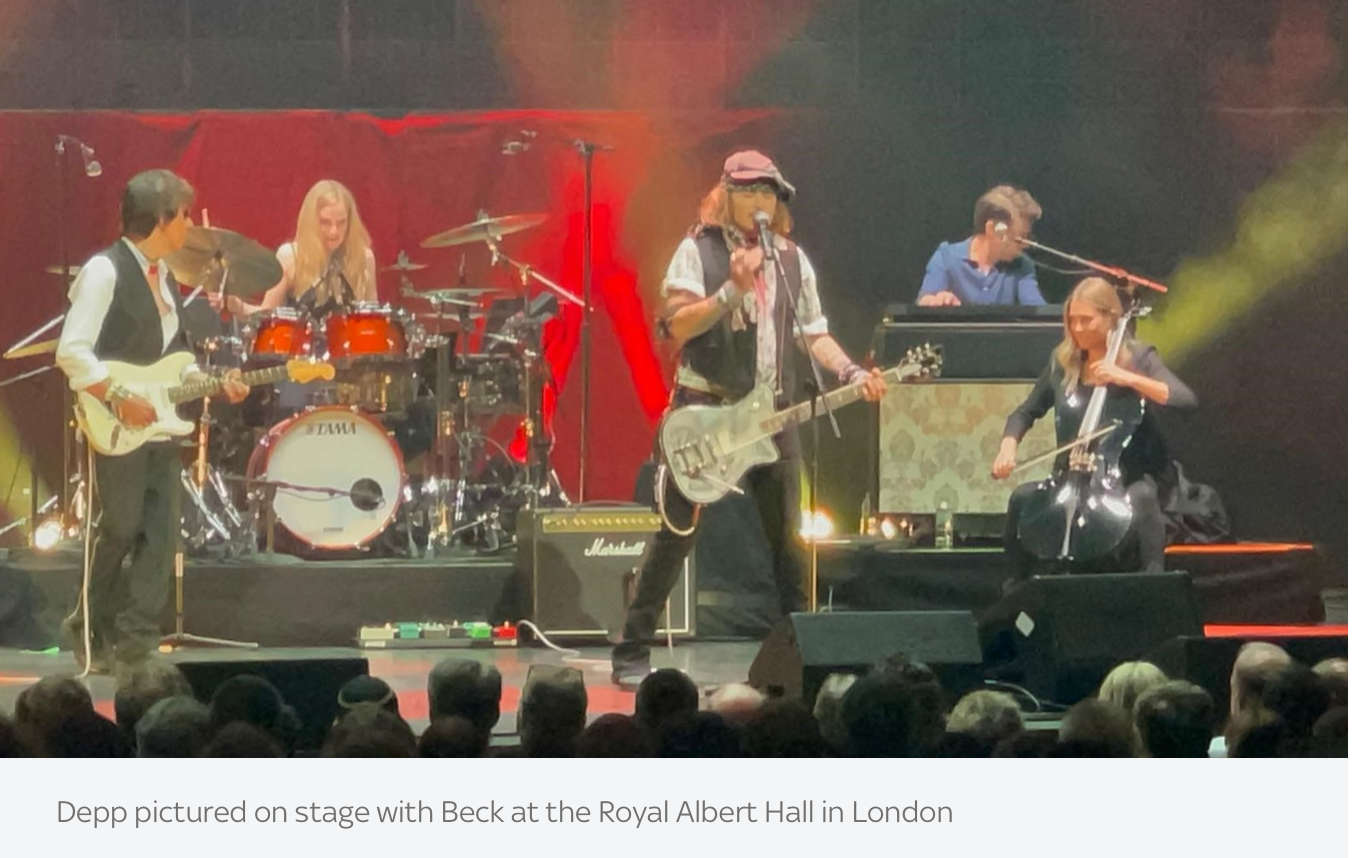 "He was really good with the children, but there was about 60 of us there and he didn't leave one person without hugging or kissing them, or shaking their hands.

"It's a once-in-a-lifetime moment, really. Some of the staff were asking about the recent court case, but he was just smiling - it was a smile of relief."

"They spent a lot of money, it's a big venue to hire out, but they never even looked at the bill. He gave a large tip." 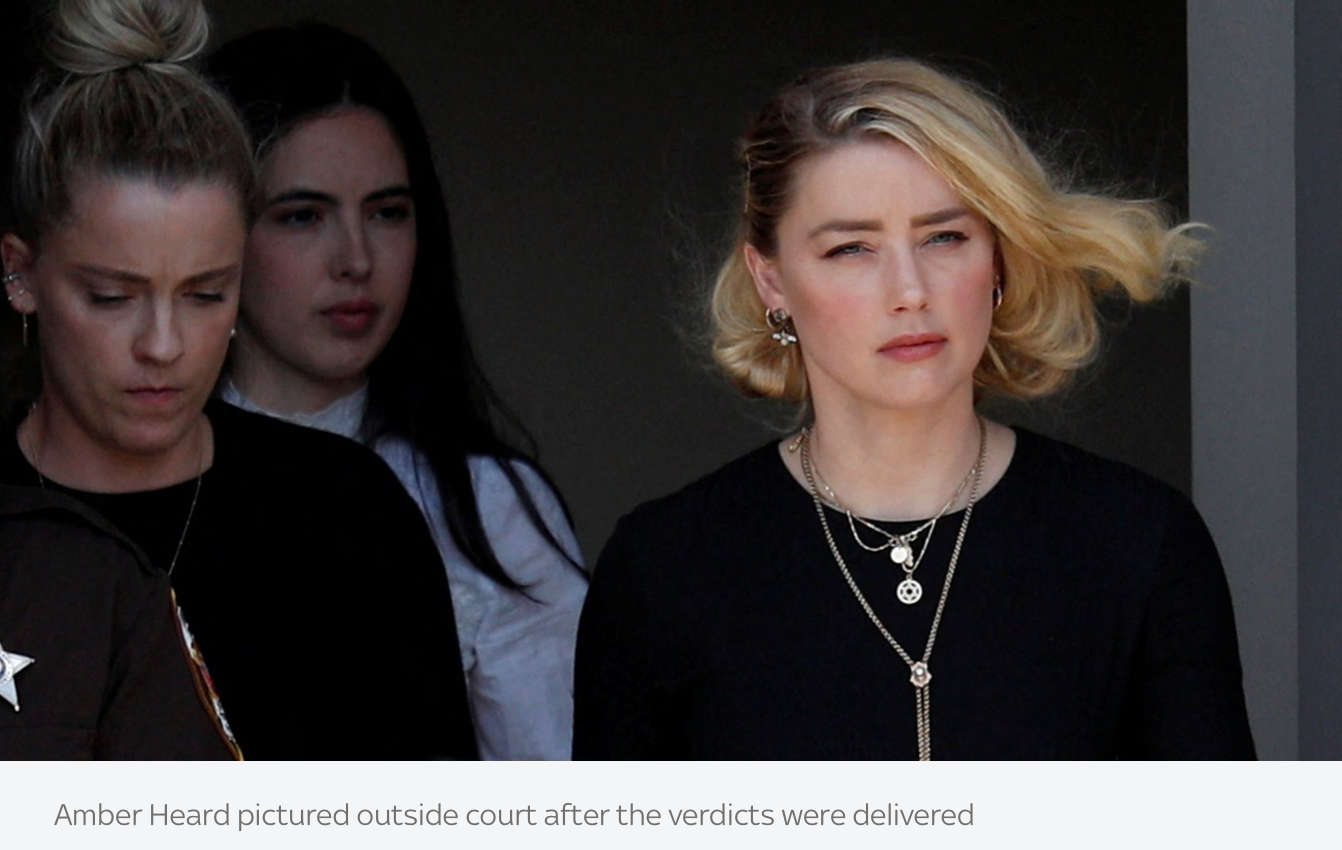 After a high-profile trial lasting six weeks, all taking place on camera, a jury found that a 2018 article in the Washington Post, in which Heard wrote about her experiences as a survivor of domestic abuse, was defamatory towards Depp - even though it did not mention him by name.

Heard won one count of her counter-suit, successfully arguing Depp's press agent defamed her by claiming her allegations were "an abuse hoax" aimed at capitalising on the #MeToo movement.

Following the verdict, Heard's lawyer, Elaine Bredehoft, told NBC that social media posts "influenced" the jury and that the actress could not afford the millions awarded in damages. Sources for Heard have told NBC she will appeal.