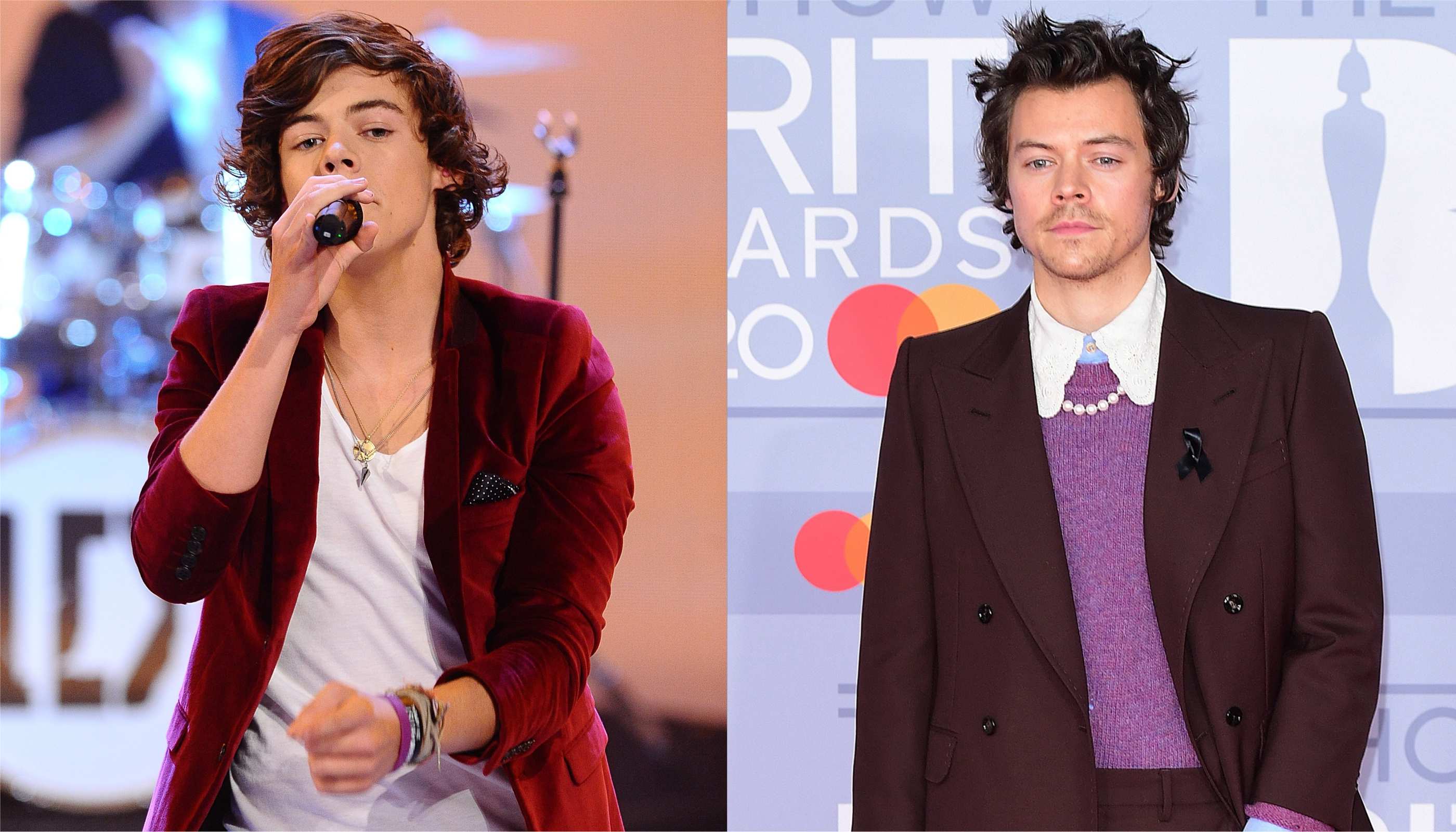 Harry Styles might be the latest celebrity to launch his own beauty brand.

According to documents obtained by Us Weekly, Harry Edward Styles has filed a trademark for a “wholesale of perfume and cosmetics” business – potentially meaning the 27-year-old is following in the footsteps of Rihanna, Selena Gomez and Jennifer Lopez.

The rumour mill has already gone wild, with many speculating the brand will be called S.H.E. – after ‘Styles, Harry Edward’. As you can probably imagine, the thought of make-up, skincare and perfume from Styles has sent his fans into a frenzy…

Now, Styles is a bona fide fashion icon – he has a long-standing relationship with Gucci, and he constantly champions gender-neutral styles on the red carpet. He’s no slouch in the beauty department, either – and his beauty evolution has come a long way since he was a teenager in One Direction…

If there’s one thing that defined Styles’ early beauty looks, it’s definitely his hair. After all, Styles was just 16 when he appeared on the X Factor in 2010 – and at the time, it was basically mandatory for teenage boys to have floppy, unruly locks.

Who could have predicted Styles would become such a fashion and beauty icon? He looks like a regular, baby-faced teen.

Becoming more of a rockstar

When One Direction became a full-on global phenomenon in the early 2010s, Styles started experimenting more with his style – and this meant the end of his heavy fringe. Opting for a more grown-up look, Styles would increasingly slick his hair back on the red carpet – this, paired with an open shirt and lots of chains, made him look like a proper rockstar.

Towards the end of his tenure at the band (One Direction went on hiatus at the end of 2015, and has yet to reform), Styles grew his famous locks long. Was this the beginning of the more gender-bending style we know him for today?

To mark his newfound career as a solo artist and actor, Styles chopped off his long hair in May 2016.

Now, he tends to keep his hair fairly simple: wavy, messy, and pushed back.

Styles’ fashion is increasingly gender neutral – he was pictured on the cover of Vogue wearing a skirt in November 2020 – and his beauty choices are equally so, particularly when it comes to nails. Styles often wears colourful manicures, constantly trying out new looks – whether it’s aqua and black for the Met Gala, lavender for the Brit Awards, or a whole look dedicated to his album Fine Line – complete with miniature watermelons and cherries painted on.

While Styles tends not to experiment too much with make-up when performing or on the red carpet – he favours a natural look, with glowing skin and a subtle blush – he still has a bit of fun on photo shoots.

One of his most memorable cover shoots came in March 2020 for Beauty Papers, when Styles wore a full face of make-up – eyeshadow, plenty of eyeliner and dark blusher.

Styles hasn’t confirmed his beauty line and who knows what it would even be made up of? But we’d guess it would be colourful, fun and wholly inclusive.