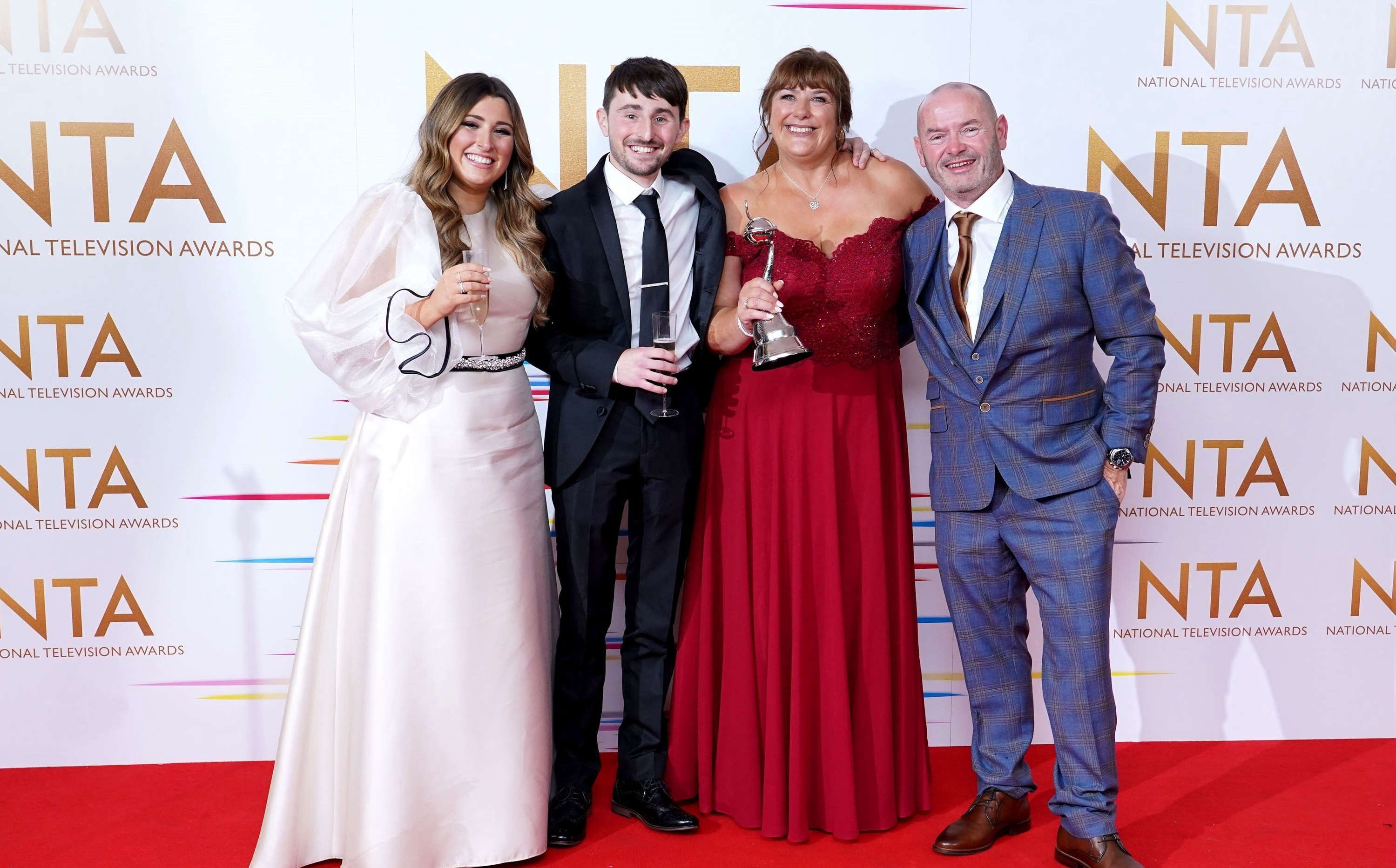 The Channel 4 programme won in the factual category.

Gogglebox star Julie Malone has paid an emotional tribute to the cast members who died in the last two years as the show won the factual prize at the National Television Awards.

The Channel 4 show fended off competition from documentary Caroline Flack: Her Life And Death, travel series Gordon, Gino And Fred: American Road Trip and Paul O’Grady’s For the Love Of Dogs to claim the gong on Thursday night.

Taking to the stage, the cast members thanked viewers for voting for the programme before Malone was ushered towards the microphone.

She said: “On behalf of all the Gogglebox families I would just like to say thank you for this award.

“On a sadder note I would like to nominate it to all the people we have lost sadly over the past 18 months to two years.

“That’s Andy, Pete, Mary and everybody’s favourite grandma June, who is now reunited with Leon. Thank you so much.”

Andy Michael died in August 2021 at the age of 61 following a short illness.

His family first appeared on Gogglebox in the debut episode in 2013, but announced in 2014 that they were leaving because Mr Michael was running for Ukip in the general election.

After he failed to secure the Hastings and Rye seat, the family returned for future episodes.

McGarry, along with wife Linda and her son, George Gilbey, originally joined the Channel 4 programme for its second series in 2013.