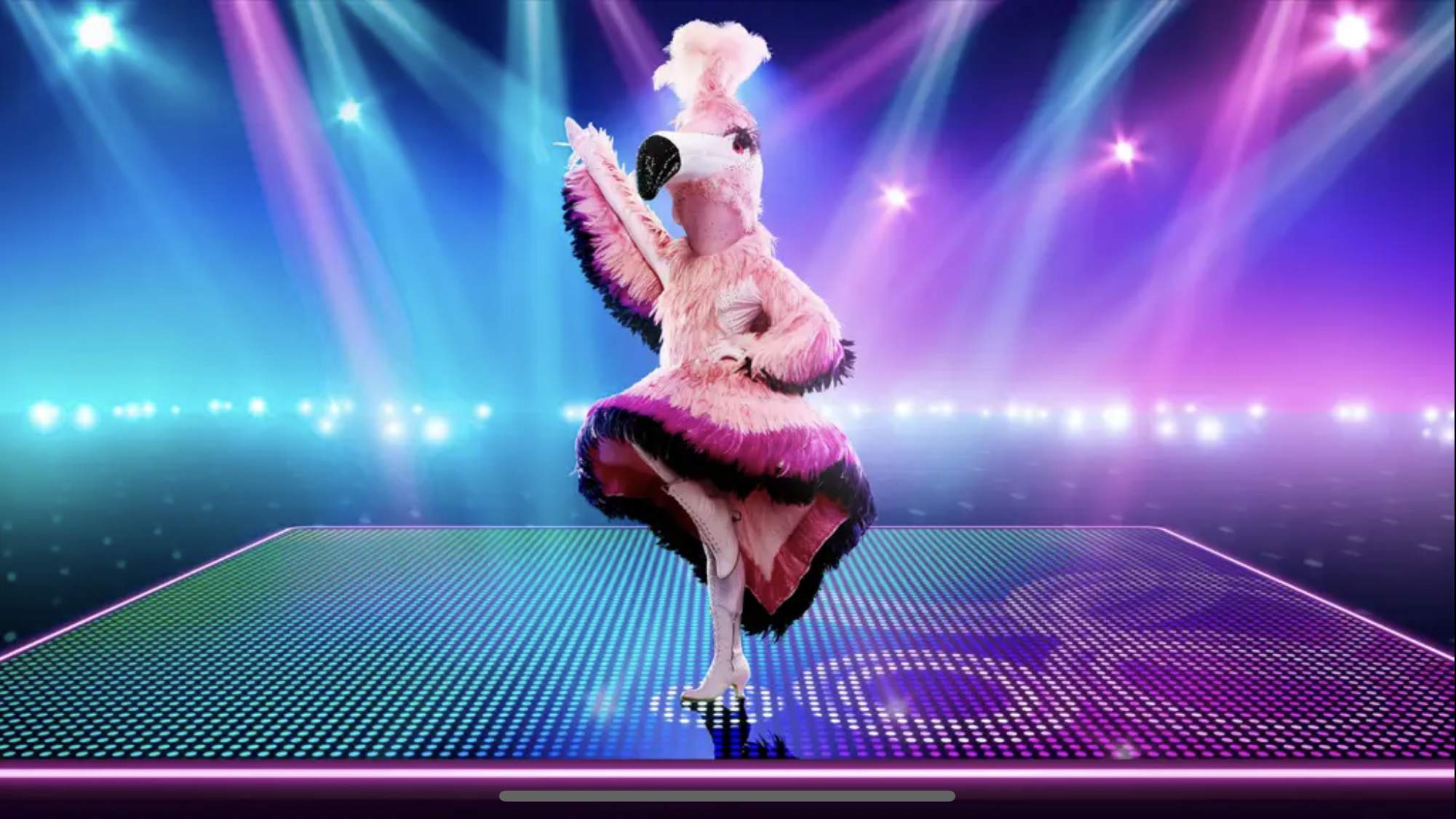 The new ITV series has now seen two famous faces go home after having their identities revealed on stage.

Singer Louise Redknapp has become the second celebrity to have their identity revealed on The Masked Dancer.

The 46-year-old Eternal star and former Strictly Come Dancing contestant performed dressed as Flamingo and guesses about her identity had included Maya Jama, Dani Dyer and Lisa Snowdon, with panellist Jonathan Ross correctly guessing her identity before she was unmasked.

The ITV show, a spin-off to hit series The Masked Singer, sees 12 celebrities perform routines disguised in elaborate costumes as the panel of Ross, Oti Mabuse, Davina McCall and Mo Gilligan try to guess their identities.

Redknapp, whose Flamingo character had faced off against Rubber Chicken, said of taking part: “After being in lockdown for so long, it felt like such a nice change to get out and not only dance, which is something I love, but keep fit and just thoroughly enjoy doing something fun.”

Speaking to host Joel Dommett on stage after taking off her mask, she said after lockdown it had been something fun to do adding that it had “brought a massive smile to my face”.

She landed up in the bottom three alongside the characters Frog and Squirrel in an episode that also featured performances from Carwash and Beagle.

Redknapp, who was previously married to former professional footballer Jamie Redknapp, reached the finals of Strictly in 2016.

She said her Flamingo character had been “really good fun”.

She added: “I found it a little bit harder to dance in the mask because the head of the mask was so big that I found it difficult to really give it everything I wanted. It unfortunately wasn’t that easy but it was really fun and nice to know that people didn’t know who was under the mask.”

Following her unveiling, Redknapp tweeted to say: “Always be yourself… unless your can be a flamingo then always be a flamingo! Thanks for having me @itv @MaskedSingerUK/ Masked Dancer – was so much fun to get out the house and do some dancing! Growing heartXxx #maskeddanceruk”.

In an Instagram post she added a note about one of her sons, Beau, writing: “P.s I don’t think Beau was expecting to see me then.”

He was revealed to be the mystery celebrity who took to the stage as Viper, after landing in the bottom three alongside Knickerbocker Glory and Beetroot.

Discussing if he was disappointed to be first to leave the show, he said: “The only thing I was disappointed with, and I don’t know how it works with Covid, I was thinking if I get to the final when you can dance pretty much how you are as it’s the last dance, I was like, ‘I’m definitely going see if I can get the boys in masks and literally just do a Diversity performance’.

“That’s what I wanted to do. Obviously all the backing dancers that are with us on the show are incredible, but I would love to go ‘I’m bringing Diversity there’ and just doing that. That would have been sick. That would be have been quite a cool thing.”

The Masked Dancer on ITV and the ITV Hub continues at 7.30pm on Monday