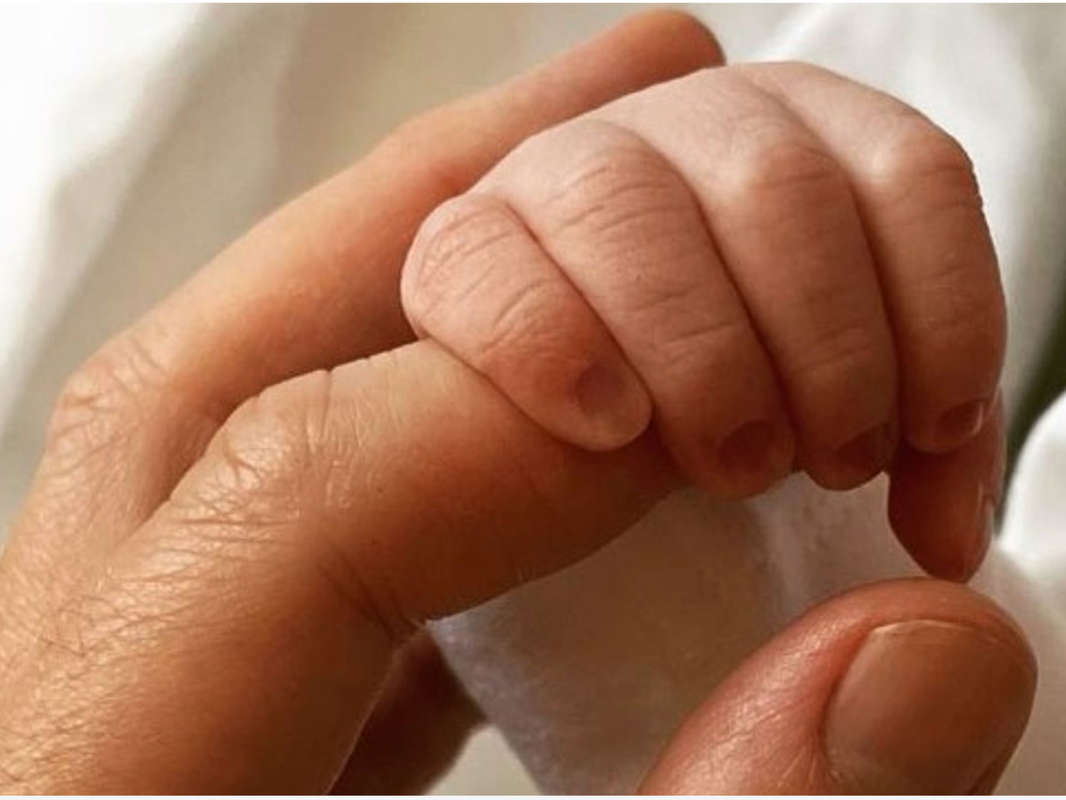 Donnelly, 46, who is one half of Geordie presenting duo Ant and Dec, shared the news via the pair's joint social media accounts on Sunday.

He wrote: "Shortly before 10am yesterday, 23.7.2022, Ali and I welcomed the arrival of our son, Jack Anthony Alphonsus, a very welcome ray of light."

The picture posted by Donnelly showed his newborn son's hand wrapped around one of his father's fingers. 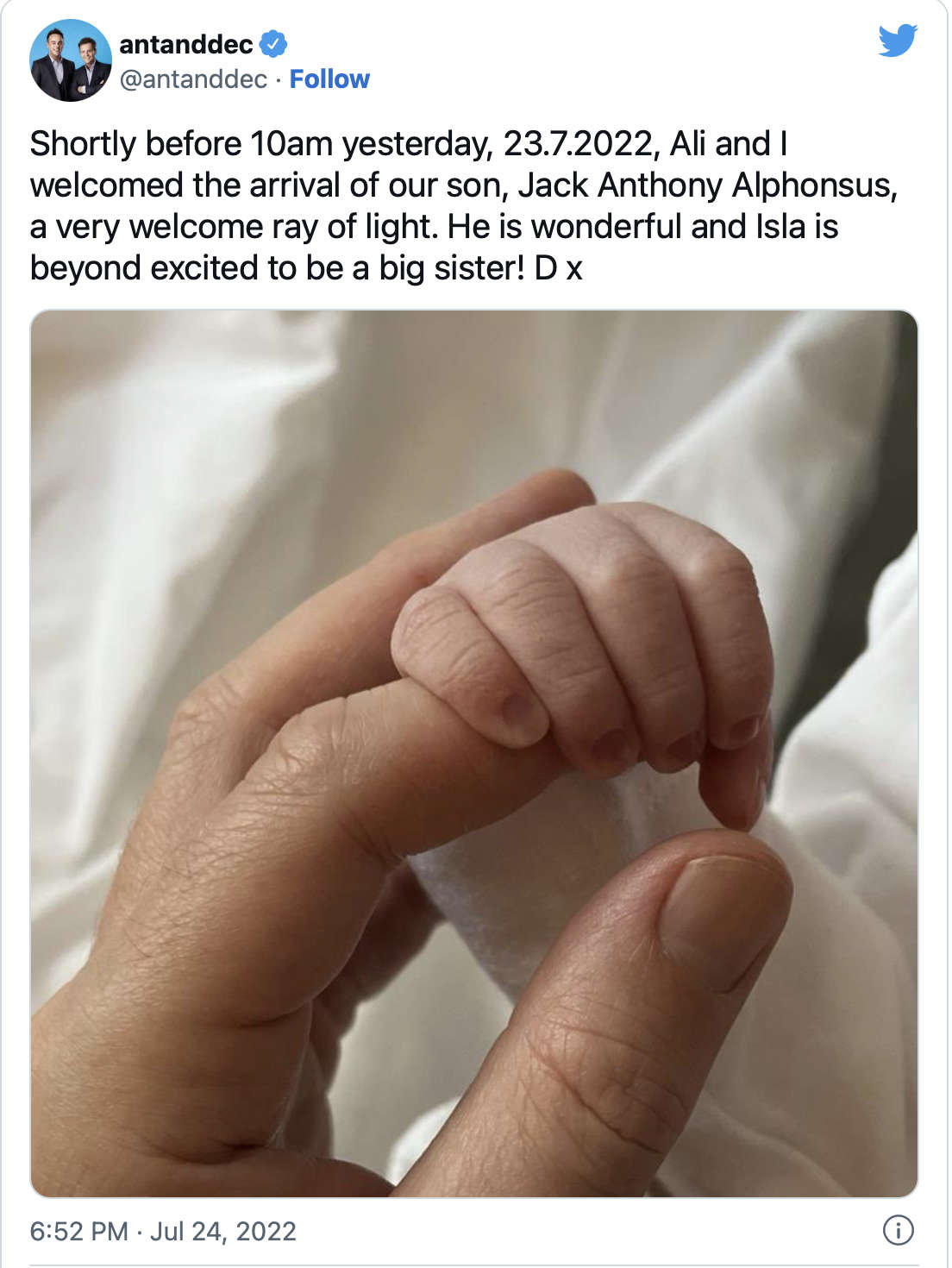 Donnelly married his wife Ali Astall in 2015 and the pair also share a daughter, Isla Elizabeth Anne, who was born in 2018.

A number of famous faces left messages of congratulations and well wishes under the Instagram post, including Love Island host Laura Whitmore, who wrote: "Delighted for you both! Congrats xx" with a red heart emoji.

Celebrity chef Jamie Oliver added: "Congratulations to you all xxxxx" and Cat Deeley, who presented SMTV with Ant and Dec in the late 90s said: "That is wonderful news ! Congratulations …. Sending love."

The presenter recently lost his older brother Father Dermott, who died after suffering from a short illness on 8 July at the age of 55.

Shortly before his death, Fr Dermott celebrated his 30th anniversary of service to his parish and community, where he was best known for his work with young people and youth ministry.