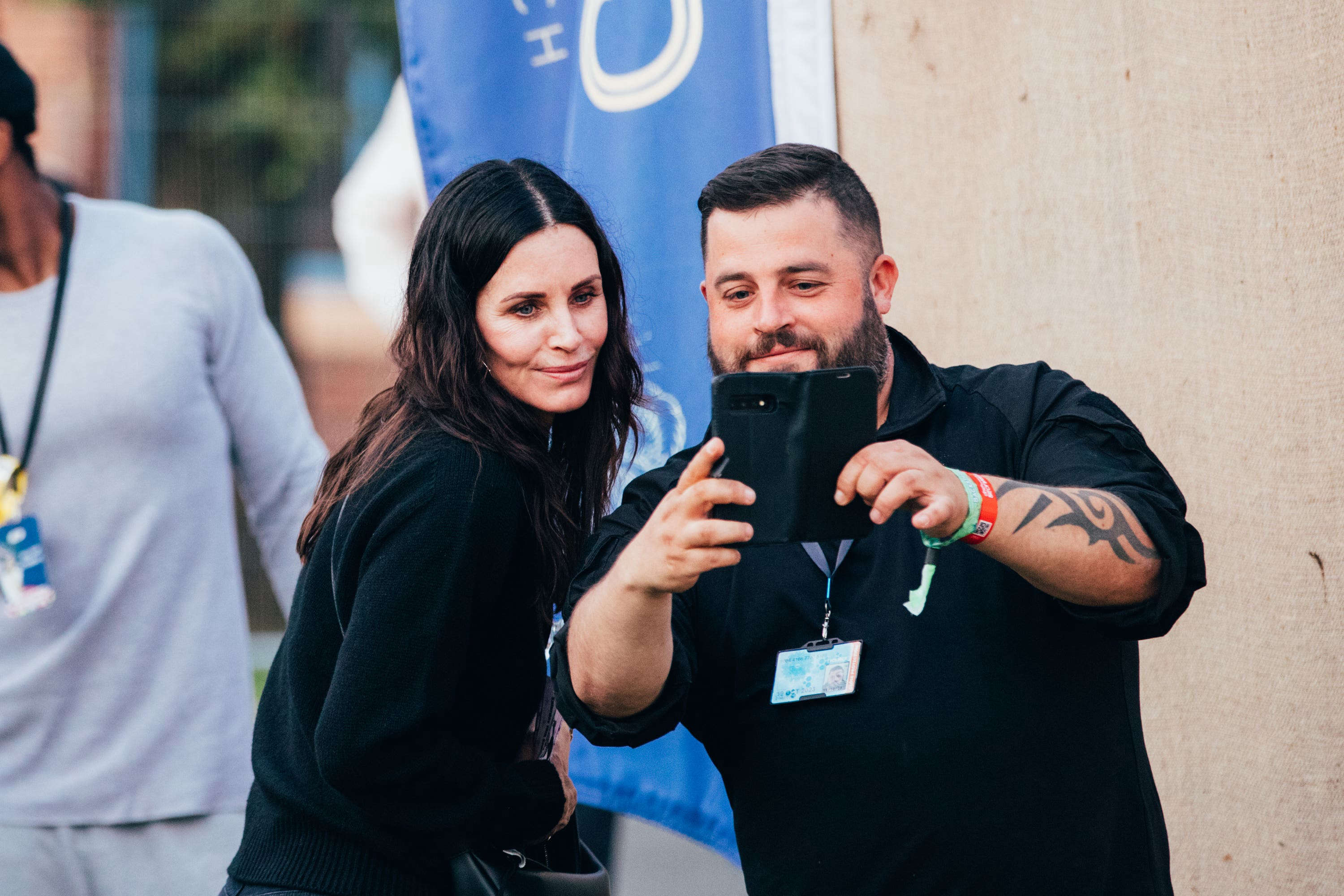 Friends star Courteney Cox was pictured at the Isle of Wight festival taking selfies with fans.

The actress, who played Monica Geller on the NBC sitcom, attended the music event with her partner Johnny McDaid, the keyboard and guitar player in Snow Patrol, Saturday night’s headliners.

Ahead of the set, the 57-year-old posed for selfies with revellers and festival staff.

Earlier in the week, she posted a picture of herself and McDaid, 45, on Instagram in which she held an “access all areas” pass for the band.

The couple were introduced by Ed Sheeran and began a relationship in 2013, becoming engaged but later breaking off their engagement while remaining a couple.

Cox was previously married to her Scream co-star David Arquette for 14 years and the pair share a 17-year-old daughter, Coco.