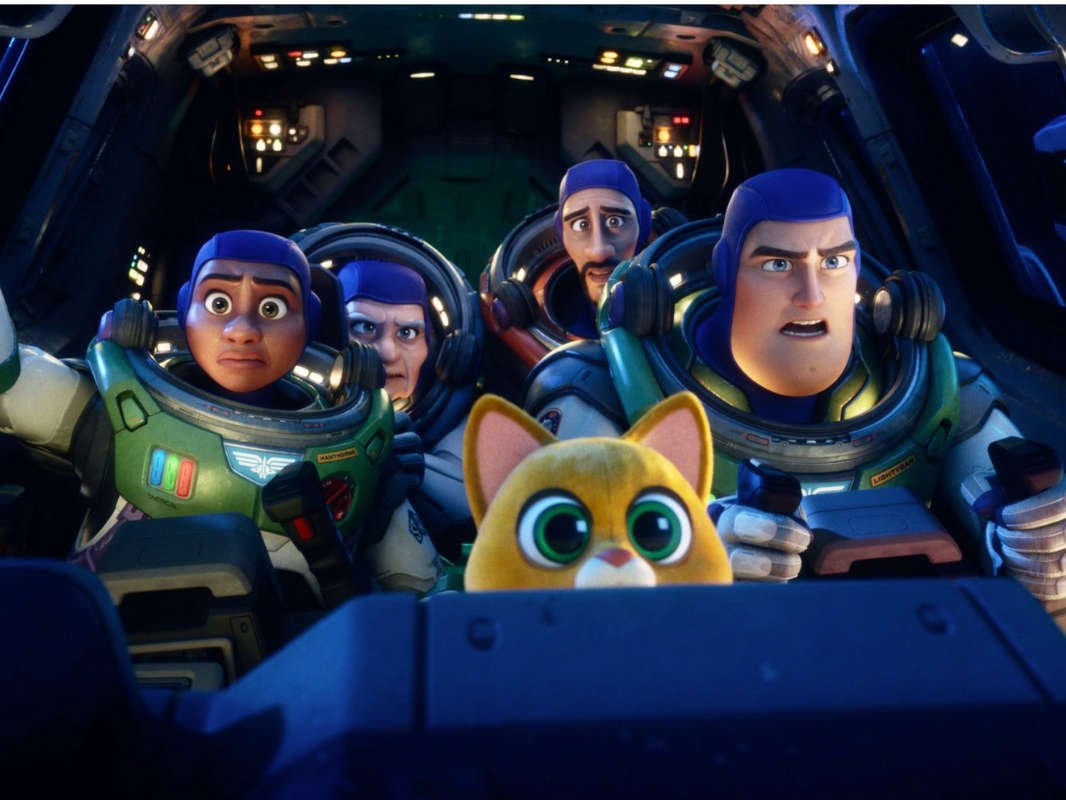 A Buzz Lightyear origin story film featuring a lesbian kiss has been banned in 14 Middle Eastern and Asian countries.

The United Arab Emirates, which includes Abu Dhabi and Dubai, announced through the Ministry of Youth and Culture's Media Regulatory Office that the film will not open there when it is released on Thursday.

In a tweet, the office said the film is "not licenced for public screening" due to its "violation of the country's media content standards". 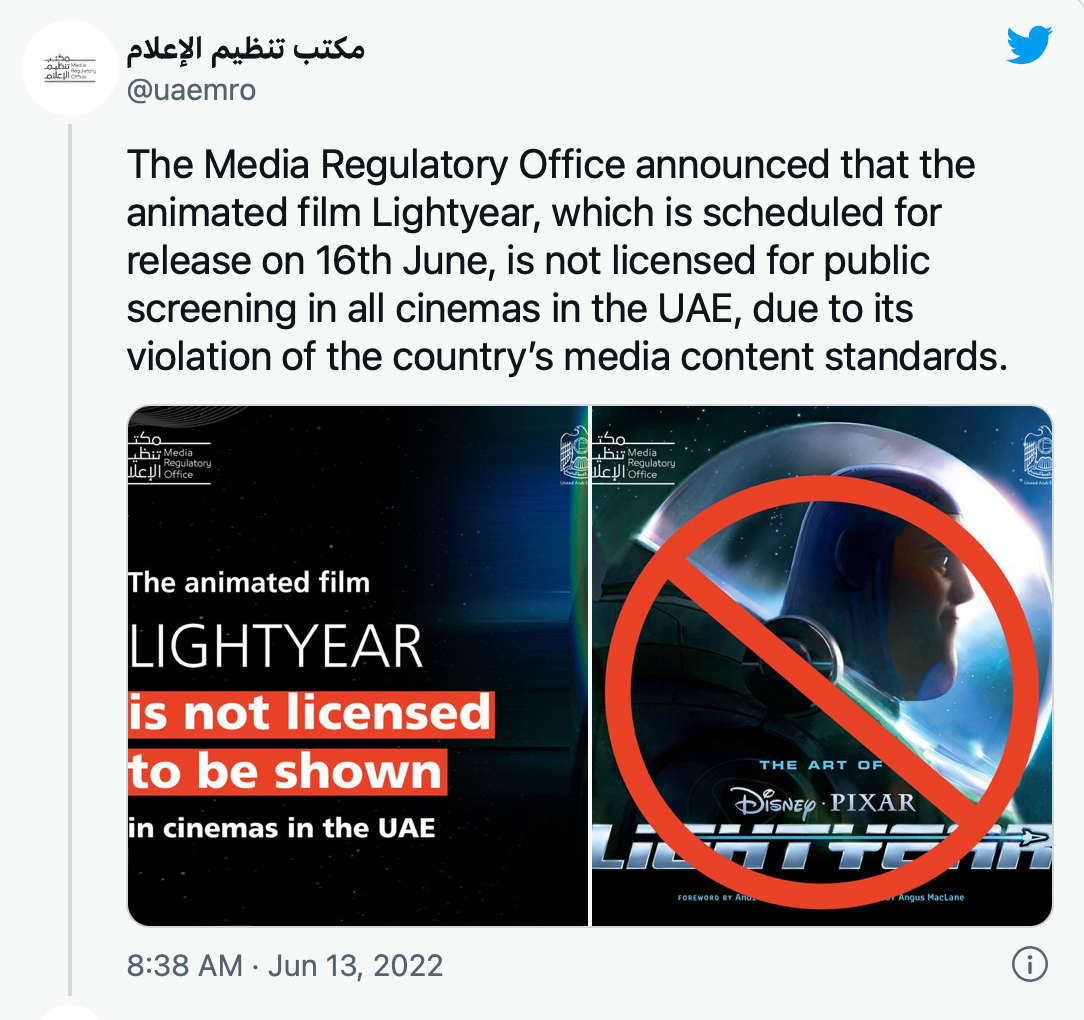 "The office confirms that all films screened in cinemas across the country are subject to follow-up and evaluation before the date of screening to the public, to ensure the safety of the circulated content according to the appropriate age classification."

However, it did not specify the supposed violation.

The UAE is a Muslim-led nation that criminalises same-sex relationships, like several other Middle East nations.

Other countries refusing to show the film include Saudi Arabia, Egypt, Indonesia, Malaysia and Lebanon.

The film's producer Galyn Susman said she assumed the movie would not be shown in China either, though Disney has not yet received an official answer from authorities there.

"We're not going to cut out anything, especially something as important as the loving and inspirational relationship that shows Buzz what he's missing by the choices that he's making, so that's not getting cut.

"It's great that we are a part of something that's making steps forward in the social inclusion capacity, but it's frustrating that there are still places that aren't where they should be."

Captain America star Chris Evans voices the character of the young Lightyear in the film, which is billed as "the definitive origin story".

The ban comes following a social media campaign featuring the Arabic hashtag "Ban Showing Lightyear in the Emirates", which gathered pace over the weekend.

Studios have allowed censors to cut films in global distribution for content in the past, including in the Middle East market.