Brad Pitt Says Wearing A Skirt 'Is All About The Breeze' 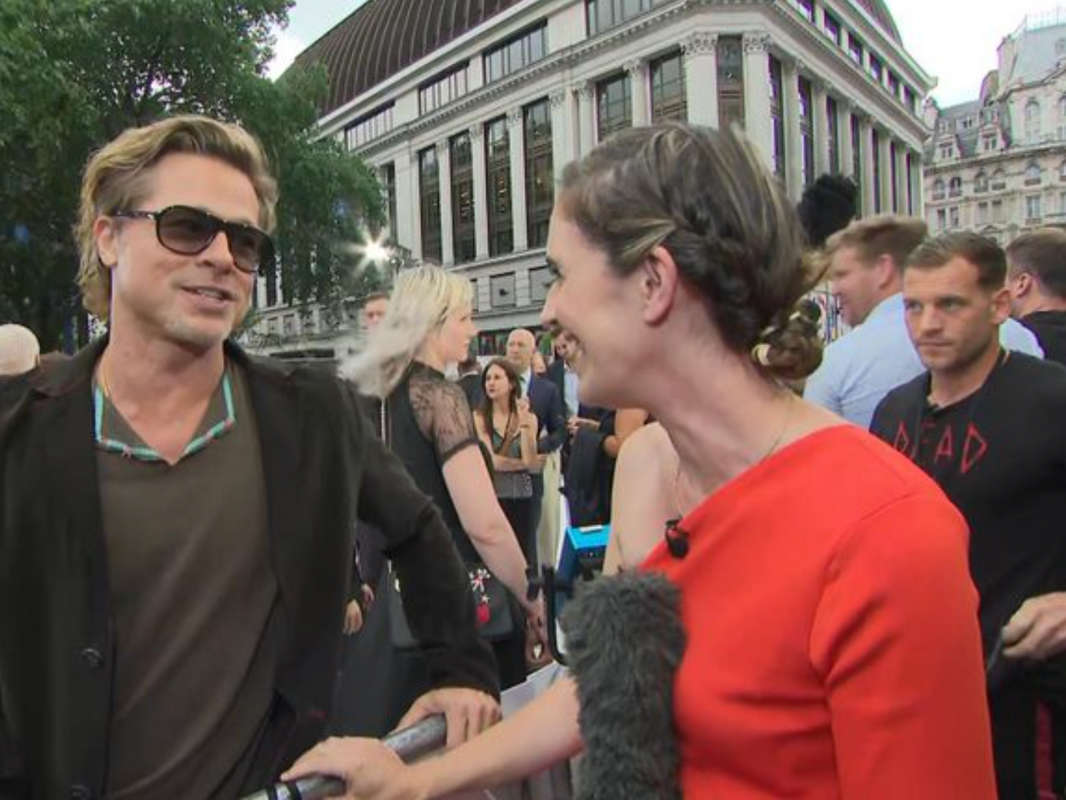 Hollywood big hitter Brad Pitt has said in the darkest depths of the pandemic the script to his new film delivered on some much-needed humour - and was full of praise about the joy of wearing a skirt.

Hollywood big hitter Brad Pitt has said in the darkest depths of the pandemic the script to his new film delivered on some much-needed humour - and was full of praise about the joy of wearing a skirt.

"I read this in the middle of lockdown, they hadn't found a vaccine, it just made me laugh, and I thought yeah this is what I want to see."

In Bullet Train, he plays Ladybug, an unlucky assassin whose first job after an extended period away in therapy goes spectacularly wrong.

"For an assassin it's a real conflict of interest," he told Sky News. "He is working on his mindfulness, it's not going so well."

The film sees Pitt reunited with David Leitch, his former stunt double and the film's director.

Leitch is now a successful filmmaker of some of the biggest action titles in recent years (John Wick, Deadpool 2), but back in the day he performed many of the punches in some of Pitt's biggest hits, including Fight Club, Oceans 11 and Mr And Mrs Smith.

"We met on Fight Club… and we went on to work until about '04 on a bunch of movies, then he left me for greener pastures and now we've come full circle," Pitt said.

It is perhaps to be expected then that the film is packed full of fights, and Leitch wasn't about to let his leading man get hurt.

"We're all game and look the stunt guys are overly protective of us, overly, you know what I mean? But he designed his fights with humour, like Jackie Chan-esque."

Pitt's sartorial choices for the London premiere - a suit - weren't quite as headline-grabbing as they'd been in Berlin earlier this week where he walked the red carpet in a skirt.

But the Hollywood actor joked he'd highly recommend it to the men of Britain should they be looking to keep cool.

"I'm going to say, it's all about the breeze, the breeze is very nice… very, very nice."