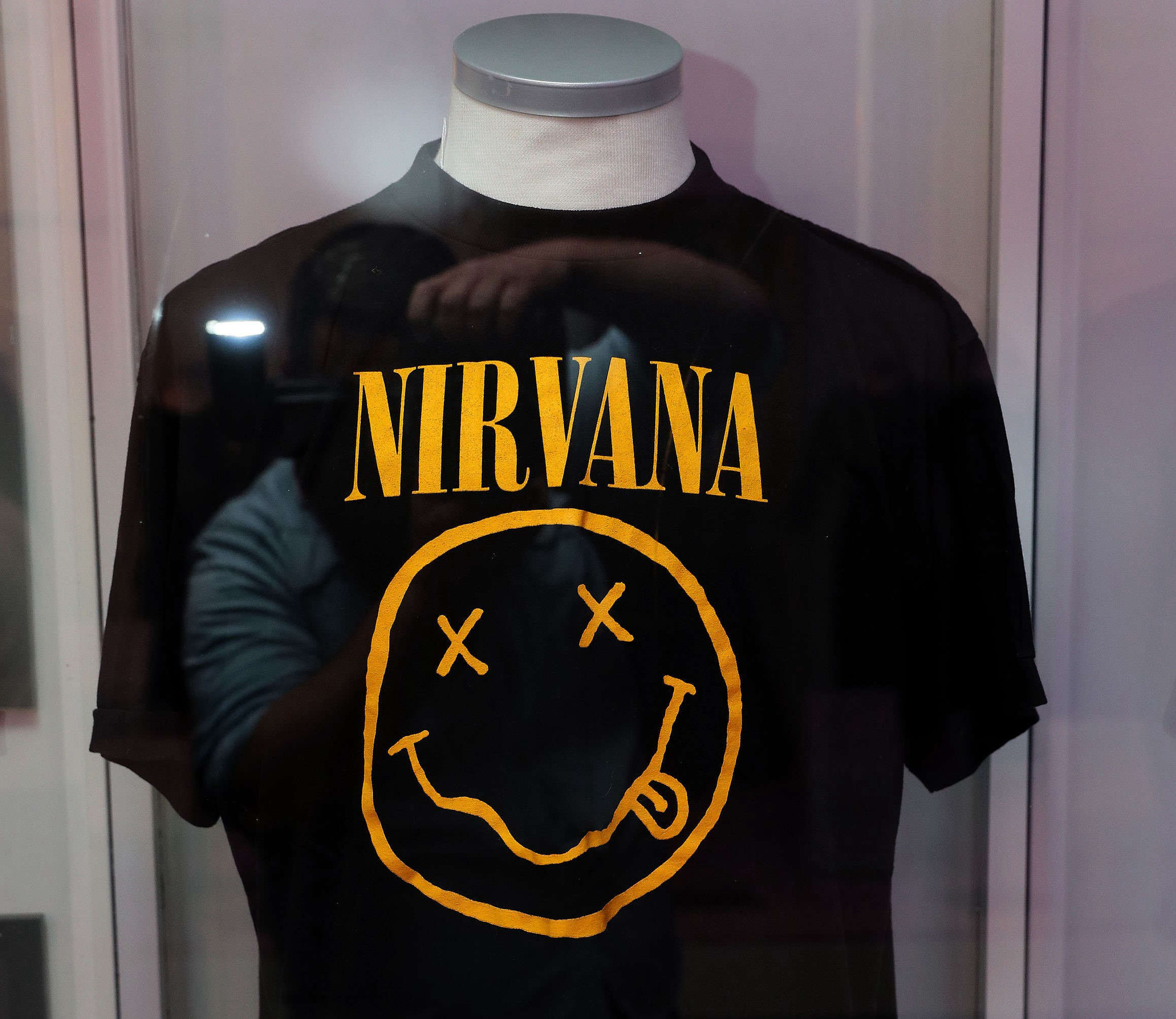 Spencer Elden was four months old when he was pictured in a pool in Pasadena, California.

The man who featured as a naked baby on the famed cover of Nirvana’s 1991 Nevermind album has sued the band for alleged child sexual exploitation.

Spencer Elden was four months old when he was pictured in a pool at a swimming centre in Pasadena, California.

He was shown naked underwater while appearing to be following a dollar bill being pulled along on a fish hook for what has become one of the most famous album covers of all time.

Nevermind, powered by singles including Smells Like Teen Spirit, Come As You Are and Lithium, was a massive critical and commercial success, propelling grunge band Nirvana to global stardom.

Elden, 30, has now sued the group, the photographer who took the picture, their record label and the individual members – including the estate of late Nirvana frontman Kurt Cobain – alleging the picture constitutes child pornography as it shows his genitalia.

The lawsuit, filed in federal court in California, claims the defendants “failed to take reasonable steps to protect Spencer and prevent his widespread sexual exploitation and image trafficking”.

As a result, it is alleged, Elden “has suffered and will continue to suffer lifelong damages”.

The lawsuit says Cobain, who took his own life in 1994 aged 27, was “instrumental” in choosing the album cover.

After meeting resistance over the picture, it is claimed, Cobain agreed to strategically place a sticker over the baby’s private parts with the text: “If you’re offended by this, you must be a closet paedophile.”

However, the cover was released unredacted and depicts “commercial child pornography”, it is alleged.

Singer Courtney Love was married to Cobain at the time of his death and is named as a defendant in the lawsuit as executor of her late husband’s estate.

She appeared to acknowledge the legal action, writing on Instagram: “I’ve got nothing much on my mind. Except weird lawsuits.”

Nirvana formed in Aberdeen, Washington, in 1987, emerging from the Seattle grunge scene to become one of the biggest bands in the world.

They have sold more than 75 million records around the world but stopped performing together following Cobain’s death.