Anger Down Under: Novak Djokovic Vaccination Exemption Branded 'Slap In The Face' 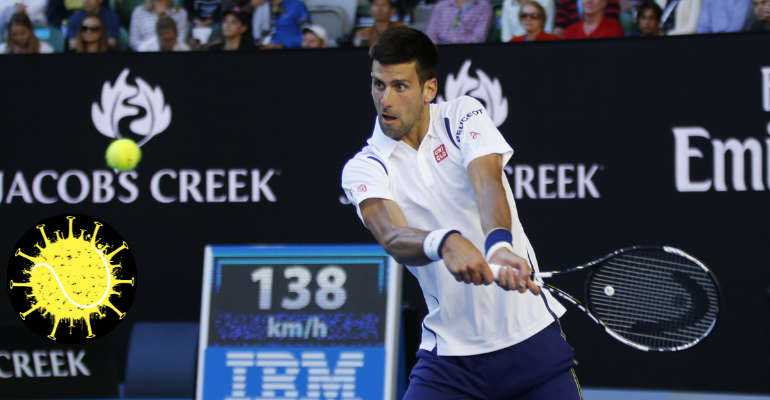 Australians have called the decision to give tennis player Novak Djokovic a medical exemption to enter the country "a slap in the face" after they endured months of harsh lockdowns.

The number-one ranked player has repeatedly refused to say whether he has been jabbed against Covid-19, and his participation in the Australian Open was in doubt owing to the country's strict vaccination requirements.

But in a social media post, Djokovic said: "I've spent fantastic quality time with loved ones over break & today I'm heading Down Under with an exemption permission. Let's go 2022!"

Happy New Year! Wishing you all health, love & joy in every moment & may you feel love & respect towards all beings on this wonderful planet.

I’ve spent fantastic quality time with loved ones over break & today I’m heading Down Under with an exemption permission. Let’s go 2022! pic.twitter.com/e688iSO2d4

The news has not gone down well in Australia, which has endured some of the lengthiest and strictest lockdowns in the world during the pandemic.

The country's borders were only reopened in November for the first time in 20 months.

Sports journalist Andy Maher took to Twitter to express his dismay at the decision:

Australians have been denied for two years, but this bloke - who’s taken extraordinary liberties in the face of the coronavirus - gets his exemption. Novak Djokovic is an all-time great, but he ain’t essential.

Several Australians responded to Djokovic on Twitter, with one saying the exemption had gone down "like a lead balloon".

"This is insensitive to us locals, Novak. I've just had my third shot, after spending most of last year working & schooling from home, for myself, my fam & community. Victorians have done it tough. Maybe if you empathised, you'd have some support, but expect a hostile reception."

The Victoria state government had mandated that all players, staff and fans attending the Open must be fully vaccinated unless there is a genuine reason for exemption.

Organisers issued a statement that confirmed Djokovic will be allowed to compete in the tournament, which starts on 17 January.

Whoever knocks Djokovic out of the #AusOpen may never need to buy a beer In Australia ever again.

Let me see if I understand this: Naomi Osaka was forced out of the French Open because she didn't want to do media interviews for mental health reasons but Djokovic got a COVID vaccine exemption for the Australian Open?

Although not everyone is against the world number one taking his place at the Grand Slam:

🚨Breaking: Novak Djokovic has been diagnosed with being the greatest tennis player of all time! 😉 pic.twitter.com/PoyZG3CWPZ

Novak Djokovic is a legend in more ways than one. Incredible role model for young men.

Organisers issued a statement reiterating that Djokovic will be allowed to compete in the tournament, which starts on 17 January.

"One of those was the Independent Medical Exemption Review Panel appointed by the Victorian Department of Health.

"They assessed all applications to see if they met the Australian Technical Advisory Group on Immunisation guidelines."

Tennis Australia said the process included the redaction of personal information to ensure privacy for all applicants.

Djokovic is not obliged to make his exemption public.